Today’s the third day, and the votes haven’t budged since yesterday, so I’m closing the votes!

@Plant_Academy baaaaaaaaaaaarely squeaks out the win over @AtelierLabs though it was a CLOSE matchup, with Atelier leading the pack for most of the run-time. I was ready for this to end in a tie, but fortunately or unfortunately, depending on who you ask, that didn’t happen.

For Round 13 of the CCC, the next three characters you will be spriting will be:

Saleh: Mage… General… of… Caer Pelyn?
(Okay not quite, but he hits the archetype so who cares?)

That’s right, next round is the GBA Wendell archetype round! Except no Wendell, or Ced, or others. Just the GBA characters. 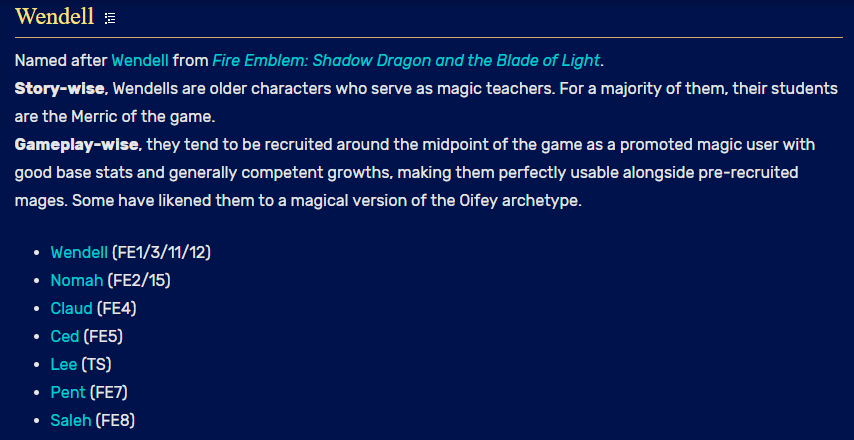 I am looking forward to what you guys will create! Round 13 will begin one week from today, on the 17th! That gives you a full week to prep your first entries, if you would like to do so. We usually do two weeks, but that always feels a bit excessive.

Just a heads up.

I have not forgotten about the CCC. I am extremely busy right now, well beyond the usual standard and pulling all-nighters making an AI character engine.

I’ll post the new topic when I have time, but it won’t be for a few days and it’s bottom of my priority list right now. Sorry for the delay.

Final update: Too busy to do the CCC anymore. If anyone else wants to take over, feel free.

Hey guys! I had an offer come in from @Matthieu to take over the CCC! And so they will! Here’s a link to the next CCC!

Any portraits you guys made before I went dark are still submittable! Matthieu will be running the contest moving forward

Thanks for taking over, Matthieu!

Hello and welcome to the 13th edition of the CCC, it’s an honour to be your new host, you may refer to me as Matthieu or Eden, I hope we’ll all have fun! I want to try a new voting system that I’ll explain below. The goal of this contest is to take an existing character (posted at the bottom!) and reimagine, reinvent, or rework them into a new form! What sort of new form? Taking inspiration from FE Heroes and other similar media, you simply redesign the character in one of (but not limited to)…