Edit: Since everyone else did one, I also made Sonya, but evil

COUGH COUGH COUGH UHHHHH so the CCC ends today! Aha! You guys didn’t realize I’d give you a free three day extension! Boy, I sure am a generous and thoughtful competition host… haha…

Anyway! I’m going to do something a little different by hosting the CCC’s 5th round of voting right here on FEU.

You may vote for 1-3 entries in this contest.

This poll will end exactly 72 hours from now! I decided to host it on FEU this time because we had fewer than 20 entrants, and I want to see what voting looks like with only FEU members. If I could allow the public to vote, I would. Expect fewer overall votes than in previous contests for this reason.

Anyway, have at it!

Voting for myself to rig the votes go Brrrrrrrrrrrr

Alright, guys! With 36 people casting 97 votes, this round has ended! Jey The Count pulled out a fantastic victory, handily beating RedBean and CavalryUnits, who both tied for second place! To be honest, I thought Cav would win and his was my favorite ‘fun set’ of mugs, but Jey deserves the win!

For Round 6, which will begin in a few days, Jey has picked Larum and Elphin from FE6 as the next two character mugs!

However, before I start up the next contest, let’s hold a round of voting for the third member to fill up the roster. Since Jey decided to use FE6’s Bard/Dancer, I thought a bard/dancer theme, mixed with FEH-exclusive characters, would be a lot of fun!

Vote for 1-5 characters in this poll. Whoever takes first place within the next three days will be the ultimate winner!

None of these characters has a mug in the repo except for Loki, who has just one.

I’m excited to see who you guys pick! This next round could be a lot of fun!

The voting will end in 3 days at 6 AM, literally almost exactly 72 hours from now!

Why there is no Loki art?
Because everyone hates her.

The pictures of Kiran, Laegjarn and Plumeria are unavailable for some reason, even opening in a new tab doesn’t help

Homer, huh? Well, color me surprised. I never thought people like him so much.

I feel like people are memeing on Homer, but hey, whatever floats your boats.

Alright. You memesters voted for Homer. So I guess that’s a thing.

I’ll post Round 6 pretty soon. Instead of three characters, I decided to make it four. Two dancers, two Bards.

Those will be your four characters. You can make portraits for any one or all of them. The repo doesn’t have portraits for either of the latter two, so I hope we can get some good results!

I plan to make the deadline the 20th of next month. 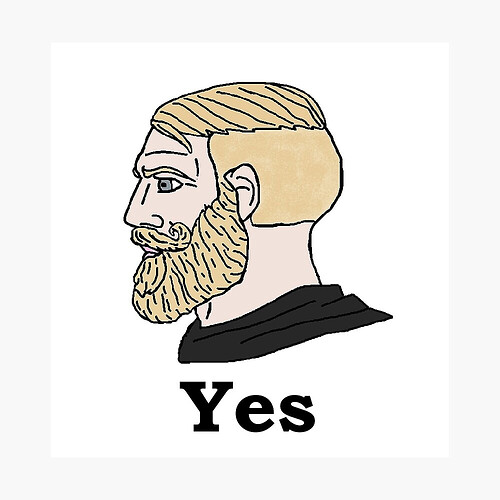 (Don’t think I didn’t see the people saying to vote for Homer in the discords :P)

Seriously, why are FE11/12 characters so depressed?

Aaaand here’s CCC Round 6. Deadline is the 20th of next month.

Welcome to the next round in my continuation of the previous CCC’s! As one of FEU’s most popular contests, I’ve decided to spruce things up a bit! The goal of this contest is to take an existing character (posted at the bottom!) and reimagine, reinvent, or rework them into a new form! What sort of new form? Taking inspiration from FE Heroes and other similar media, you simply redesign the character in one of (but not limited to) the following ways: [image] [image] De-age or age up the chara…

Because they have several expressions. Phina has a happy expression portrait too.