So, I’m making a FE8 hack and having the three regaila as weapons (possibly PRFs to the main lords or others) and need some advice on some boosts i added them in

Parthia: 10 mt, 105 hit, 12 wt, 10 crit, warding stance skill, boosts res by 4 when equipped, not held, equipped, can be used as a pure water
The parthia is a weapon i’ve come to love, so i wanted to make it really good to nagate the ever present archer curse, by having it boost res like in awakening

Murcurius 11 mt, 90 hit, 12 wt, 5 crit, heavy strikes skill, but lowers spd by 1
The Murcurius hits hard and reliably, so i wanted to emphasize it by having a small, but potentially devastating downside in -1 spd when equipped due to its strength.

Let me know your opinions or thoughts and possible changes to them, I’m open to your thoughts everyone!

Edit: forgot to put in Murcurius’ weight, my apologies guy!

heavy strikes as a weapon skill is the epitome of pointless

Elaborate please? what do you think would be a better skill on it?

IMO they seem really weak. All the Silver Weapons have 14/13/13mt respectively, so I’d buff their damages. For some reason the Mercurius has more weight then a spear which is odd. But I’d buff the damage, lower the weight, add more crit to each one.

Parthia skill sucks IMO. +res when hit is useless a large majority of the time, especially on an archer who is mostly in the background.

Heavy Strikes is a skill that adds weapon weight to crit. Putting it on a weapon means that there is only ever one value of crit that can be added. Weapons can already have innate crit. I trust you can see why that’s a silly skill to use, yeah?

The Murcurius hits hard and reliably, so i wanted to emphasize it by having a small, but potentially devastating downside in -1 spd when equipped due to its strength. 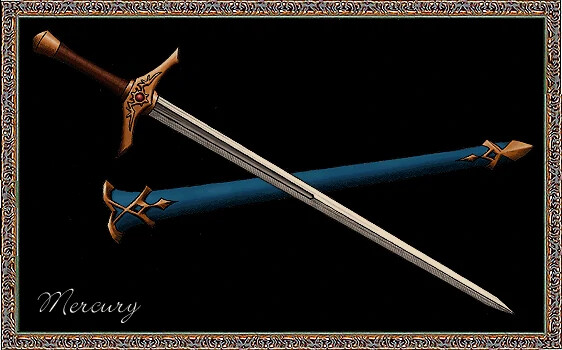 we looking at the same sword?