Is there any tutorial or thread that teatch how to insert animated tiles? 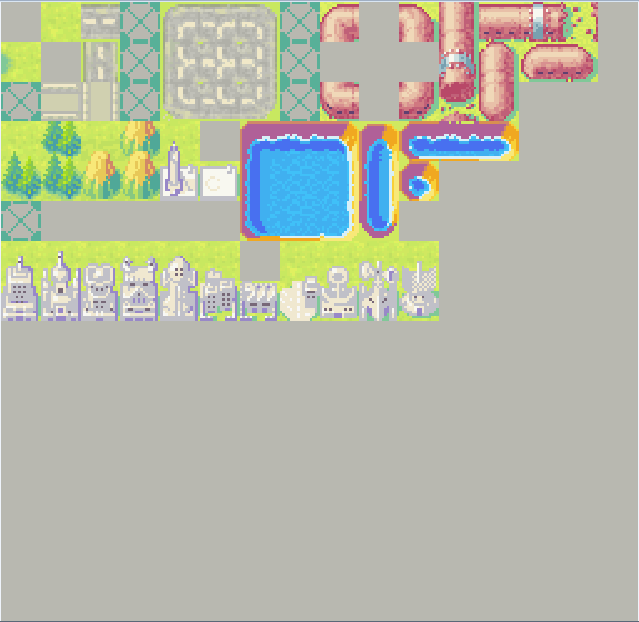 I have tilesets like this and I need to learn how to animate them, I asked in discord but I couldn’t get a hint of what to do.
How do I create animated tiles and how do I change them to be the same as the tileset?

I believe DerTheVaporeon made a post here about Tilesets with an explanation on Animated Tiles.

In a era of buildfiles, most users prefer to/opt for going pretty low-key and low-number in the resources used for their hacks, so they fit a cartridge (which is good, if your hack has a plot but no context, or no plot and some context, or both/neither). However, for those who want to make a game with extensive changes, they’ll have to limit themselves to emulating their hacks, or flash them with a special format so they play.

All of this would make a ideal hack, but…

Have you ever considered inserting a custom tileset, be it from another GBAFE game, or a edited version that includes a tile that you need for a map?

Sure, you want to. Magvel, despite having a Battle Background Set for snow maps, is a tropical mystery land that had no plans on having a snow map (or IntSys had, but, quit about it?). Thinking about it, they didn’t plan on snow maps for Magvel, just look at how hot Carcino is!

Don’t worry, this tutorial will cover your needs to edit and/or import another tileset!

All what you need to know!

Now that all of the above is covered, let’s check up a method I use to import or edit the tilesets!

[details=A hex editor]
A good hex editor will be needed for the palettes. Why? You’ll see soon. Anyway, grab here the HxD.
This is a good hex editing tool, and it’s really useful for this task. It’s also free![/details]

If you still want more of an explanation, I’ve inserted tile animations once using FEBuilder. 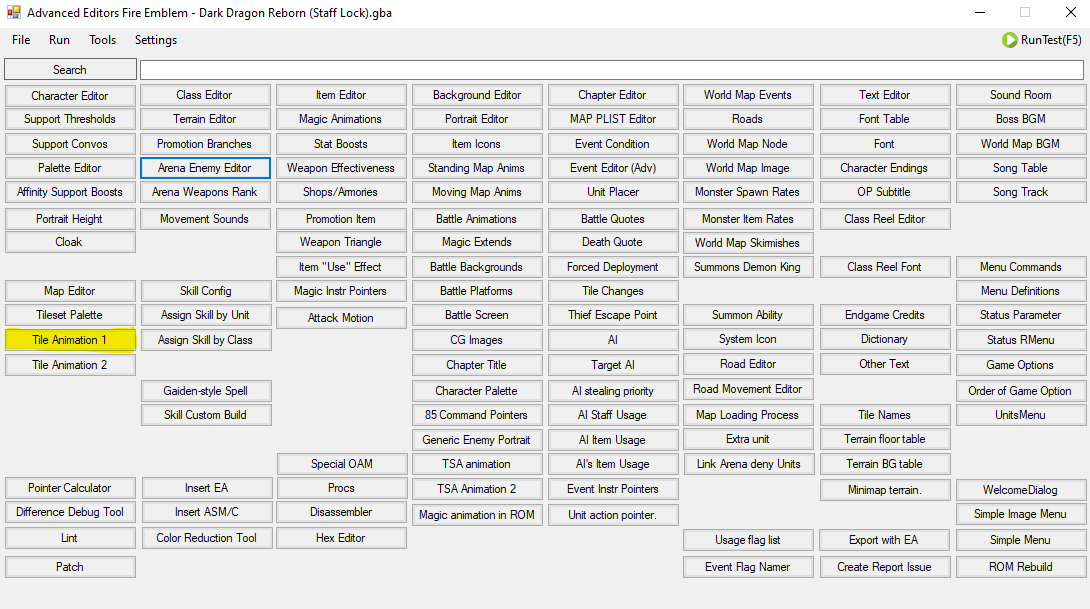 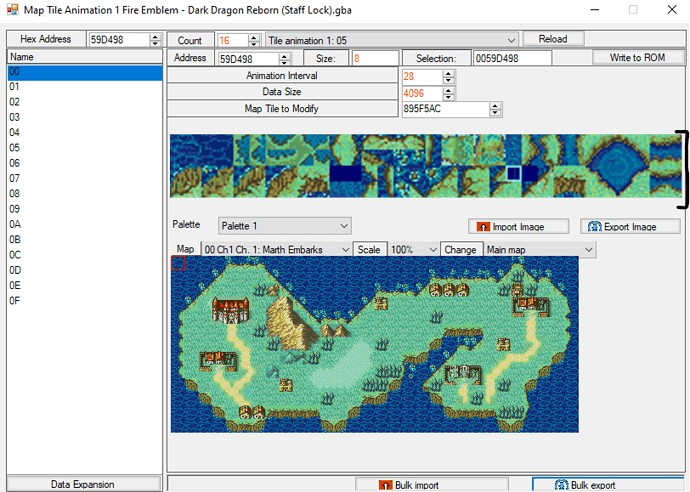 New Menu812×580 189 KB
The part in the brackets is one of the images that the game cycles through for the tile animation. There are 16 total, but I believe you can change it as you see fit. I exported the default image, adjusted it to fit my new tileset, and imported it back in for each frame (You can also bulk export/import if you’d like, I don’t think it really matters as long as you’re consistent). 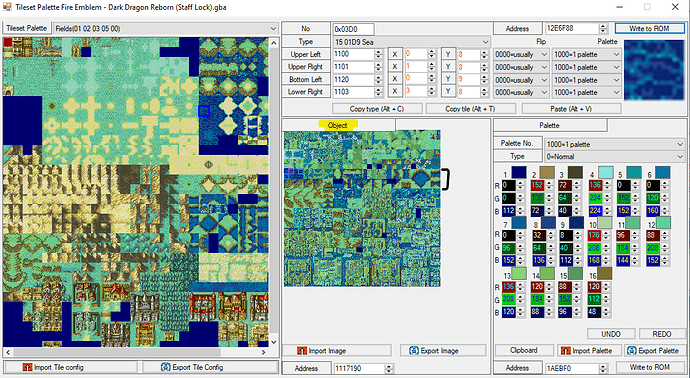 Water Tiles1128×619 195 KB
The linked post explains this too, but only these two rows of tiles are actually used for tile animations. I think that’s all there is to it, so good luck with the tile animation!
2 Likes