“wot the bloody 'ell is that emoticon’s weird face all abou—”
͏>:оcean: 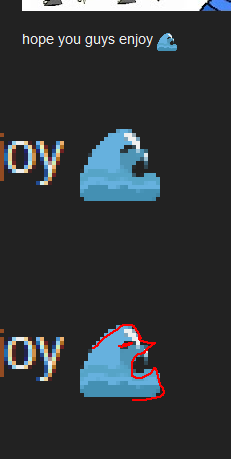 Ohh, apparently the final boss of SMTxFE is [spoiler=spoilertho]Medeus[/spoiler] I’m ok with this.

A post was split to a new topic: FEU Discord Server

Has there been a discussion about FE1’s resistance stat bugging out if you put it at a nonzero growth? Or did I imagine that? (or was it on another forum entirely lol)

There was this post during the thread on the Starsphere’s actual effect when it came to growths, but that’s the closest I remember to what you’re describing…

Not sure how many have seen the original, but I touched up an’ old sprite and don’t want to make a sprites topic. Head shaping’s not too good in regards to the brow and the armour’s a bit plain Ephraim’s pads, fuck you~
/but I felt like sharing anyways.

happy new year to you toooo

-grasps dramatically towards the sunset-

Happy new year everyone. Hope the hackers make quality hacks, while the lazers (ie me) do something.

ALSO, I have been leaked a prototype of FE15 for the NES. It is on the Virtual Console and features some strange boss fights.

Miiverse is the greatest thing Nintendo has ever made 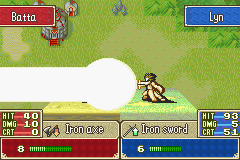 “I am Batta the GWAAAAAAAAAAAH”
Match win!

Oh, hey, I didn’t realize you could upload a little background for your… uh… user card. (the thing that pops up when you click on someone’s icon when reading a topic.) Neat.