I know it isnt. But it could help with feedback.

There’s a link to the current patch in the first post.

Got it - I’ll do another sweep and check those. Thanks again, please keep the feedback coming if you have any.

Next update will be soon. There’s a few bits of feedback I need to take action on, and I’m also adding in new talk conversations.

Appreciate the help. Any thoughts you have on gameplay / maps / units would be great too.

Unrelated, I’d love to do proper user research and watch someone play in real time (I do this at work and it’s by far the best way to get feedback) but with this it’s a little more challenging. Hoping down the line I could have someone record themselves playing it with their comments.

I think that it is caused by writing characters to TextID: 0x00.
TextID: 0x00 should always be empty, but somehow contains character data.
However, somehow it is not displayed on the screen. 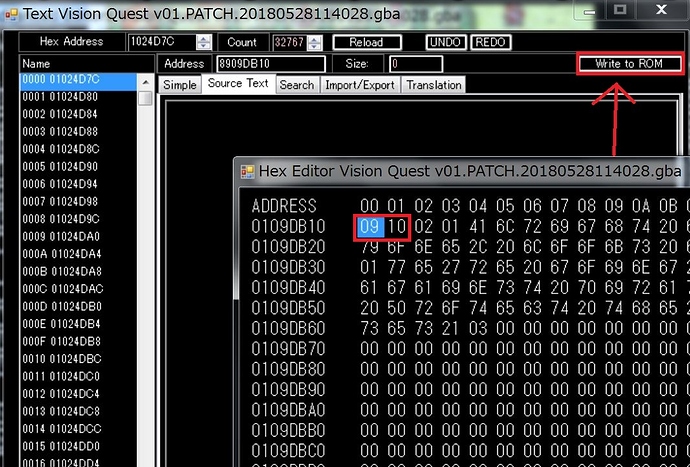 Ah okay - that makes so much sense. I couldn’t tell you how many times I wrote up something and accidentally saved it there only for it to not actually save.

I did a rewrite as you mentioned, will report back if the issue persists. For the red gem glitch that Zim mentioned, I mitigated it by pointing the 2nd description on the item to another text field, so it matches the stat screen display text.

Wait so Storch is a guy with a female portrait,
Esfir is a female with a guys potrait also a mother figure
Lefa is a daughter with moulder the boulder’s face?
Lesley apparently a girl too…
Why not just change the images to something slightly resembling their backgrounds? Even if it’s just a temporary thing?

Thanks for the detailed feedback. On my way to work so I’ll respond quickly.

Portraits are a WIP, I wanted to focus on gameplay first before doing art. I can understand confusion, but it’ll be fixed down the line.

Storch isn’t supposed to be super strong compared to the starting group. He does get better later and has access to the most diverse array of weaponry, so he should be more serviceable in time.

I’ll look into tweaking the bosses, but I’ll say that after 1-4, none of the other bosses only wield axes.

Chapter 2 map will be fixed in the next patch. Had to fix the end chapter flags.

Will fix the sword cavalier. The extra canto is a mistake and the glitch you mentioned is the map Sprite not being fully centered. Am investigating.

Thanks again for playing and sharing, please keep the feedback coming

Hey, I’d be willing to splice a couple o’ portraits or help with battle sprite palettes if you want?

Thanks for offering - could you send me a DM with some samples we can discuss.

Hi all - thanks again for downloading and providing feedback on v.01! I’m grateful for your time and insight into the hack. I’ve released v.02, which includes the following changes. You can download the patch in the OP.

​Additionally, I’ve created a discord server for the hack - please come join us! I’m looking for folks to help with art, writing, mapping, eventing… If you are looking to work on a project, please let me know and we can discuss. Thanks!​

Want to thank everyone for playing and sending feedback, it is all incredibly helpful as I continue to build out the game.

I’m pivoting slightly and given the trajectory I’d like to take the project on, I am in the process of learning the buildfiles method and porting the hack to this format for easier editing and project management as the project grows both in scope and team size. As such, the next beta update will likely not be for a while longer. I’m looking to port everything over and make changes based on feedback in prep for the next release.

If anyone familiar with buildfiles can help mentor me on how to set this up for success, I’d be incredibly appreciative.

Additionally, we have a great team of artists starting to work on mugs and palettes. If you’re an artist that is interesting in helping out by donating your existing work or creating new work for use in this project, I’d be happy to have a chat with you!

Yo pandan, im no artist, but I’m willing to help you test the hack from time to time

Thanks, I generally prefer to do as much public beta testing as possible (trying to run this as much like an agile project I can, so public is the best way to get fast feedback), so if you can take a swing at the current release and shoot over your notes, that’d be great.

Wanted to give a quick update. Have spent ~25 hours over the past week attempting to learn buildfiles. I say “attempting” because I haven’t gotten anything to work yet, but stay tuned, will keep at it a it longer because I say screw it and continue forward with FEB (I don’t like giving up and I know I’m getting closer to figuring this all out.)

I did need a break though and wanted to share a few things on the art side of the house.

Been digging teal lately and wanted to make some art. Definitely a WIP, want to add a bit more flourish to it down the line. 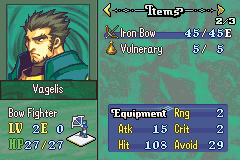 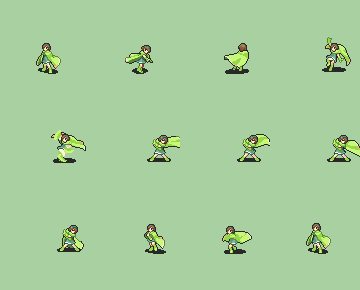 Trying to keep momentum going. Leaving for vacation in ~10 days time, so hoping to get my buildfile structurally sound before then so then it’s a matter of translating everything I’ve done so far.

This hack still alive? If so, your discord link is down. -3-

The eventing and main progress is on a short hiatus but we are still working on the graphics in the meantime.
If you want I can give you an invite link but I dont think I can give you a role.