Your Least Favorite Levels in FE

Today, I am here with a question for all of you:

What do you consider to be the worst chapter (gameplay and/or story wise) in all of Fire Emblem (Including Romhacks like The Last Promise) and why?

Almost everyone here, I’m certain, has had that one chapter in their Fire Emblem experience that they never want to play again if they can avoid it- and I’m wondering what that is for you. (You might want to also state what difficulty it was on for reference, too.)

Might even be useful in figuring out what NOT to do for a chapter.

For example, my personal horror story, romhack wise, is Dark Lord and the Maiden of Light’s Kotan Route Chapter 21 (or the version of it I played it on, anyways)- it was a fog of war, survive map on wide-open plains where the majority of my units were slow, lacking 1-2 range (except for the mages) and a lack of good places to hunker down.

In comparison, the enemies had all kinds of neat tools to work with, there were a wide variety of them, they had FE7 levels of bulk, and unblockable ambush spawns.

There wasn’t any easy way to kill the boss either- he didn’t appear until late into the map, and killing him for me was a harrowing experience since I only had a turn or two to kill him (he showed up at like, turn 12 out of 15 on the map, and from where I was, he had to spend a couple of turns to get to me.). (Which was also needed if I wanted to unlock the Gaiden chapter.)

I recall actually getting a headache from how crazy it drove me- it was a madhouse that honestly makes me understand why the Sacae route in FE6 is so hated.

If we go by canon, then my horror story is in Conquest Chapter 24 (or was it 25? Idr; it’s the one where you face Iago.).
I was on Hard Mode at the time (because I never pick Lunatic on my first run through a game for the sake of my sanity), and I was in for a bad, bad, bad time…

Bad enough to where I don’t remember how I cleared it- between Iago’s staff BS fucking around with me, some bad RNG coming back to bite me hard, and the side rooms having their own problems, well…

Let’s just say younger me hated that chapter with a vengeance.

(Oh, and for those who saw when this post was significantly shorter- I accidentally hit the send button before I finished typing it all. This is what can happen when you use a Mobile version to post, I guess…)

EDIT 1: Okay, wow, this blew up quickly. I might just actually make a kind of ‘popular ranking’ for the levels that get mentioned here the most, so keep on responding so that, perhaps, we can see what FEU defines as ‘the worst level in Fire Emblem ever’.

Telos are you okay man

It was so horrifying he couldn’t tell the story…

To actually address the topic: FE3 Book 2 Ch11. The desert map to beat all desert maps. Flying dragons ready to maul your units at the drop of a hat. And of course, walking. Lots and lots of walking. Not a tile that isn’t desert. Don’t forget to find the hidden treasure! FE12 makes it even worse: the dragons have accuracy and speed there. At least there’s no reinforcements. 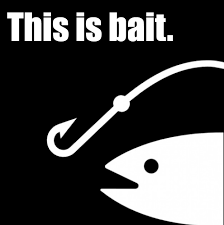 If you’re going to talk about levels in romhacks, be civil; don’t insult works or creators.

No, TDAWS, it says “Including Romhacks like The Last Promise”. And, as we all know, there are no romhacks like TLP besides itself, it’s only levels from it that you can complain about.

Ah I see, I have been bamboozled.

This one is horrible. I remember playing FE7 about two years ago, watching Athos’s backstory cutscene and saying “Hey, Arcadia looks like a really cool place! It has people and dragons! Gee, I sure hope we get to visit it someday!”.

Then I played FE6 and got to Arcadia. Now I feel like I want to shoot myself. Desert map! Fog of war! Time limit that locks you out of the true ending! Horrible unit! Mamkutes! Reinforcements every single turn! Flying enemies! It’s like they threw every annoying gimick at a single map. Absolute worst -.-

Battle before dawn from Fire Emblem 7. I have seen multiple people make videos about how bad this map is. Everytime I play through Fire Emblem 7, I always remember that this map will come sometime and that I have to endure this horrible chapter again. These are the biggest problems I have with this chapter:

Thank you for listening to my little rant XD.

I feel your pain, man. Though in my experience, Zephiel tends to die before Jaffar…

This is actually quite funny, I’ve seen a lot of people who think of Arcadia as having a lot of reinforcements, when there’s only a couple sets (the crappy berserker twins and brigands who have about 50 hit all combined). I guess the trauma of fog wyverns really messes with people.

I feel ya there, man. And that’s not even factoring in keeping Sophia alive for the Gaiden… shudders.

Oh god, I remember that now. IIRC though, I got through it by using Merric + Excalibur for the win… shudders, enemy dragons are always a pain, it seems…

Yeah, that chapter really sucks. I also went for the desert treasure on this map, which is a big risk. The longer this chapter takes to complete, the more annoying it gets.

I’ll just do it by game.

FE1/3B1/11: Dark Pontifex - I don’t think any of Shadow Dragon’s maps are really “bad” but this one’s kinda annoying with the one tile chokepointing and swarm spam.
FE2/15: Desert Fortress (the one with the archers). No movement, enemies pick at you from every which way, and it’s just not fun to play at all.
FE3B2/12: Chapter 3 - what else were you expecting
FE4: Chapter 4 - Backtrack the entire map after seizing the drawbridge castle.
FE5: Ch 14x - Thracia fog isn’t that big of a deal for me, but what is a big deal is stupid ass pegasi spawning based on RNG to screw with your side objective.
FE6: Ch 5 - It’s just sooooooooooooooo boring. I’ve dropped runs because I didn’t want to do this chapter.
FE7: HHM BBD - Yeah just make it so you can lose before you can do anything about it, seems cool yo
FE8: Ch. 14, both routes. Eirika’s version is super boring, Ephraim’s is super frustrating. Neither is fun.
FE9: I don’t remember really disliking any of FE9’s maps that much, and I don’t remember as much about them to really make a good pick.
FE10: 4-3. Big desert rout map. Fun times.
FE13: Ch 20. - Valm map with a billion enemies and backdoor reinforcements, and you get sandwiched if you can’t beat Excellus’s squad before said reinforcements, which is 4 turns on Lunatic, or 6 on hard.
FE14BR: Ch 23 - Fireballs that encourage turtling in the safe zones. Stupid enemy density on lunatic. Stupid reinforcements once you approach Camilla.
FE14CQ: Ch 19. - Birthright-esque map with stupid gimmick that offers no strategic options or benefit to players.
FE14Rev: Ch 23 - 4x4 moving platforms are soooooooooooooooooooooo fun.
FE16: Ch 5 - I don’t really mind 3H’s maps, but this one is super tedious.

ROM Hacks
TLP: Ch 7x - Non aesthetic weather is bad game design
SOTF: Ch 8 - Fog bad
VQ: 4-3 - Fog bad, horse side objective feels tacked on just to make the map interesting
J&P (Yes my hack, I have maps I dislike too): Ch 16 - I kinda brainfarted when I made this one, and it shows.

I didn’t even bother saving Jaffar, I saw him getting bolting’d by Ursula, and I was like “You know what, this is destiny, there’s no way I was getting there in time” and didn’t bother to reset lol

Oh I remember that one too. Or as I call it, ‘Death by Ara-Ara’. Big sisters are scary, and I’m glad I don’t have one IRL. (Adoptive or otherwise.).

The worst part of Camilla for me is right at the beginning where, completely out of nowhere, she just randomly destroys a wall that allows you to get swarmed by reinforcements that kill your units the same turn.
Apparently Nintendo expects you to be a future seer or some shit.

Another one from Fates that really sucks is the Shiro map. AKA “I’m a gReEn UnIt!”

If you don’t have either Rescue or Azura and, like three pegasus units, the chapter is unwinnable. Straight up. There is nothing else that can stop the guy from killing himself. Assuming he survives the enemy phase units that can potentially kill him in one round.