This is actually an issue with the SplitPromoItems hack, as it removed a few lines from the default vanilla behaviour, preventing any other way than items from promoting. I had to change Sme’s code slightly to make it work for pokemblem.

Contribute to Veslyquix/Pokemblem development by creating an account on GitHub.

You can just install this version instead and it’ll work.

I’m going to sound pretty basic here, but how do I install the updated version? Just replace the text document in FEBuilderGBA?

I think you can replace these files in the patches folder: 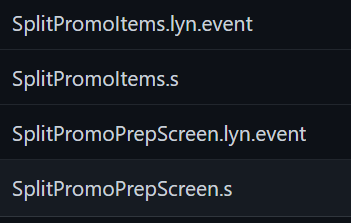 Note that updating FEBuilder will overwrite these files.

Maybe it’s best to contact 7743 about the issue then.

This replaces the Support Conversations menu (which shows C/B/A supports) with a custom one that shows as many events/conversations as you’d like per chapter. It automatically loads unit id 0x01 for [LoadActive] and it does a TextCont at the end of the conversation in case you used [LoadOverworldFaces].

Please edit the Installer.event file as desired to have the conversations you’d like. The format of each entry is as such:

Thanks to Retina and Vyland for commissioning this and making it free to use.

Edit: Figured out a way to have fewer than 6 entries. 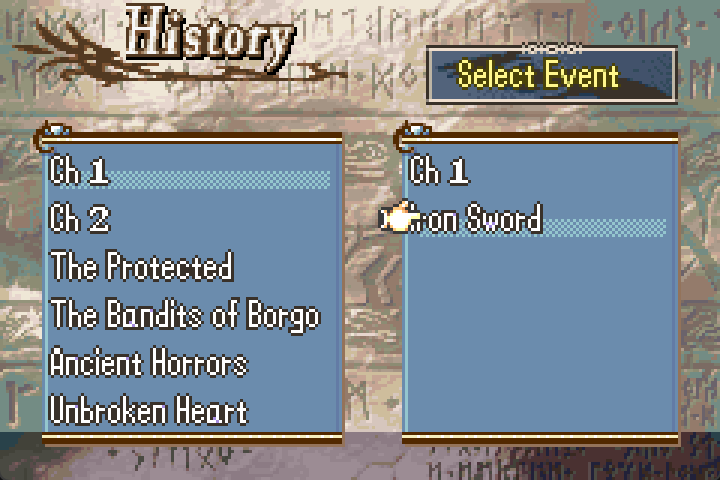 More edit:
Changed the padding into BGM and fixed a couple of sound-related things that I hadn’t noticed.

It has a little graphical glitch when exiting the menu this way, but whatever lol.
Since it can run events, it might be useful for debugging things other than conversations. 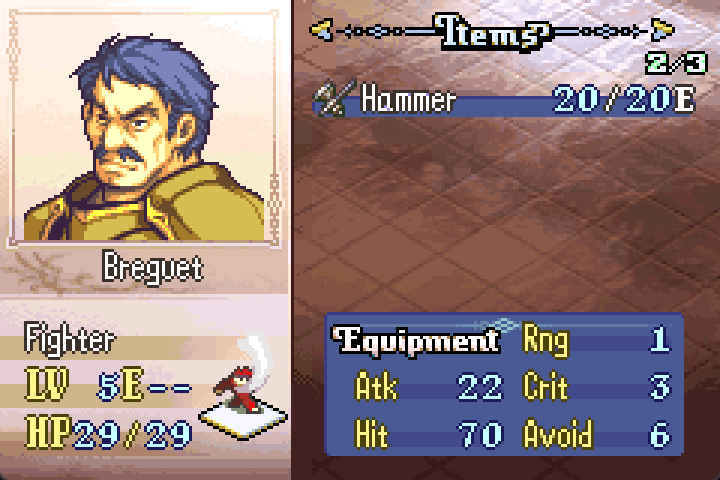 Have you ever wanted to have hard-mode exclusive weapons such as Hammers, Horseslayers, and Lancereavers, but didn’t want to bother with separate unit groups for each difficulty?

This patch is purely for your convenience, then.

Search all enemies for the Hammer item.

This is an asmc / event command, so you simply run it at the start of your chapter after loading units. Eg. ASMC ReplaceWeaponsByDifficulty

This also autolevels their WExp so that the enemies can use their newly acquired weapons.

Come to think of it, you could also replace other items like Elixirs with Vulneraries. I think it’ll mostly be used for weapons, though.

If we could implement this, we would be able to preview the text directly, just like the Sappy button.
In other words, add a button to the TextEditor of the FEBuilderGBA, and when you click on it, it will play the conversation ID and the code to display it embedded in the temporary ROM.
It would make debugging even easier.

I think you should hijack this function to execute an event you inject into ram:

Erase your save data at the start of the game Documentation

This discovery is a coincidence on digging the boot routine of FE8U. If you press button SELECT + RIGHT + L on starting the game, then Anna will ask you whether to destory your treasures like this: [image] Since this routine is located at the very begining of game-control proc, it is recommended you keep these three button pressed then reboot the game, otherwase you may miss the judgement. Function GameControl_HandleSelectRightL(0x8009A00 in FE8U) handled this judgement, and this is the fir…

You could hook the code to check if the ram at a certain address is set, and if so, execute your debug event. If not, run the game as normal.

I hijacked it here to immediately go to the conversation menu.