Two problems that I can't figure out

My first problem is that my Jagen, an axe wielding paladin, gains 20-30 Exp per kill against low level promoted enemies. I will post what I have of the class in the editor: 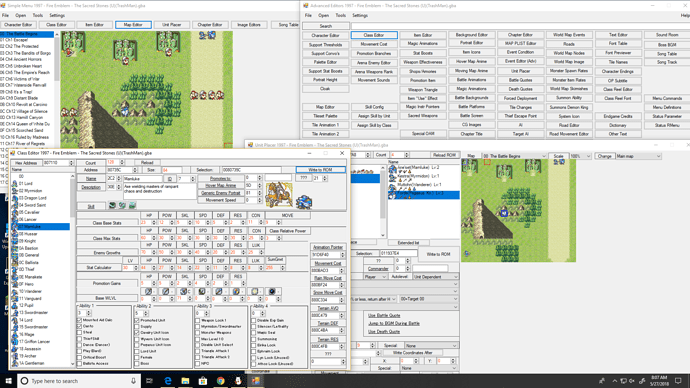 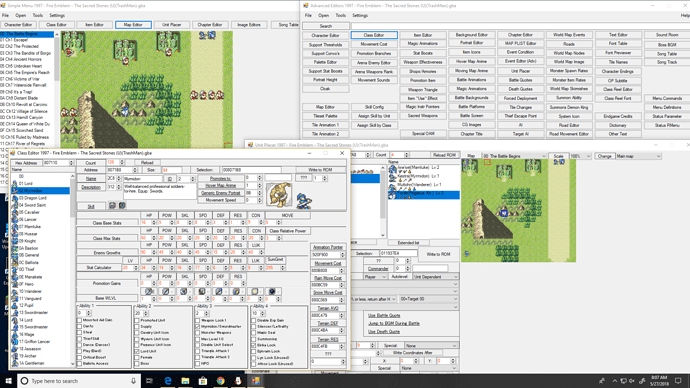 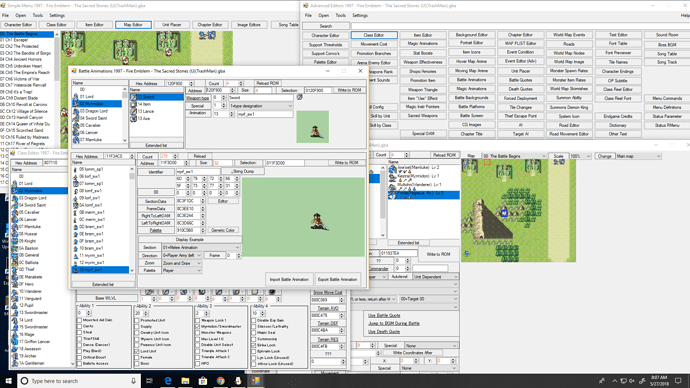 I know I saw someone else recently who had problems getting animations to play. It turned out he had a custom animation setting that was wonky in the character editor. It’s labelled as ?? in FE8 so I don’t know if it’ll actually do anything, but maybe check if you have anything but a 0 in any of the ?? fields and if so, see if setting it back to 0 helps?

Attach the ups patch.
In the case of complicated problems, information is insufficient only with images.

The point I want to confirm is as follows.

Q1: Do other character animations work animation?
Yes
->
To say, it is wrong setting something of a character which does not work.
(Proceed to Q2)

No
->
It is a problem of the trunk part of FE’s program.
Did you apply any patches?

Q2: What are the weapons equipped with the unit in question?
Have you set animation for that weapon?

For example, if you are equipped with an axe you need motion for the axe.

Maybe, I’ll look into that

Originally she just had sword and item animation, I added Lance and Axe even though she used sword because I figured it couldn’t hurt

I got problem number two fixed by using the character specific animation patch.

If the foe is promoted, I would assume your jeigan character is just gaining normal exp as promoted vs promoted. If you want to reduce your jeigan’s exp gain you may want to make some ‘promoted’ classes that don’t have the promoted flag or simply use tier 1 classes. You can always make sure that class power is set such that the foe isn’t handing out bonus exp and check for thief/boss exp bonuses.

The foe is not promoted. He got exp from many enemies including Wyverns, fighters, and brigands