Hey everyone! I’m excited to announce that the SRPG Studio game Broken Legacy is now complete and fully playable!

Link to SF thread is here

Rodrun was once a unified nation, but a great conflict saw it divided into four near-autonomous states: Ormur, Anarcia, Remdare and Silveria. For decades now, there has been hostility between the states, with tensions about to boil over the entire country…

The story begins when Ormur’s King Delron calls for the unification of the nation. Confusion ensues when Anarcia’s Duke Calum sends his daughter, Kara, to seek refuge in Remdare – despite planning to surrender peacefully.

During her escape, Kara becomes separated from her knights. Now alone, she must now gain reliable allies - first to reach Remdare, but more ultimately to reclaim her homeland of Anarcia. Kara’s journey will see her joining a mercenary group, engaging in complex political situations, and finding out if she’s truly worthy of inheriting the throne…

A quick note on difficulty:
This game is designed to be challenging, but not unfair. Normal mode is probably more difficult than most FE games. Hard mode is very tough, even for me as the creator. Don’t be discouraged if you’re having trouble, and make full use of the 5 turn saves! Also remember you can freely change the difficulty in the options menu between battles.

Download the zip files and unzip to your wanted location. Then just click on the ‘game’ application to run. Extra options and controls can be found in the config file.

Press F11 to reset and F4 to toggle full screen. If full screen is causing stretching, try the following:

To transfer saves between versions, simply copy your Saves folder to the new version. Note that any pre 1.0 saves are likely incompatible with post 1.0 saves due to a large renaming of content files (not sure about this though).

Just in case you feel like listening to me ramble on.

Please let me know if I’ve missed anyone. Everyone’s contributions have been invaluable and I don’t want to exclude anyone!

Ooooh, this one looks promising. I’ll have to try it out!

Update!
v0.2 is playable up to the end of Chapter 15, which is 3 new chapters. A few other changes:

Version 0.2.1 is now available! No new content yet, but there’s been a substantial amount of bug fixes and gameplay tweaks. In no particular order:

The maps for Chapters 16-18 are near complete, but I still need to write the dialogue. The next update will hopefully include these chapters as well as a transition to GBA styled portraits.

I’ve also created a Discord server here (link also in the OP). Feel free to join if you’re interested (we have a grand total of 6 people at the moment!)

Edit: Turns out the Discord link expired. This one should work

Version 0.3 is now available! We’re into the final arc of the story now. This update is playable up to the end of Chapter 18 and has some pretty big plot revelations (better revelations than Revelation revelations, I hope). The RPG Maker portraits have all been replaced by GBA-style ones, though some NPCs etc. are still using default SRPG Studio portraits. I’ve updated the screenshots in the OP if you want to look at my mediocre splicing abilities and awkward scaling . Kara’s terrific portrait is courtesy of Von Ithipathachai.

Other minor changes include:

Only two more chapters until the finish! I’m aiming for a full release by the end of June, though who knows if I’ll actually stick to that. Feedback is still very much welcome and will continue to be after the full release!

For those wanting to transfer their saves, simply copy the Saves folder from the old directory to the new one.

And some new screenshots: 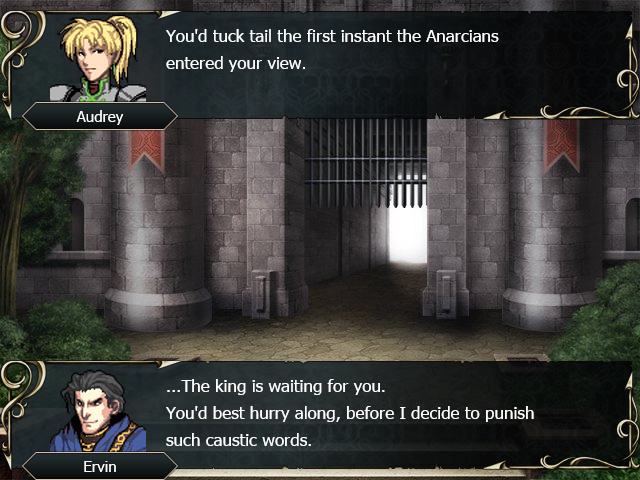 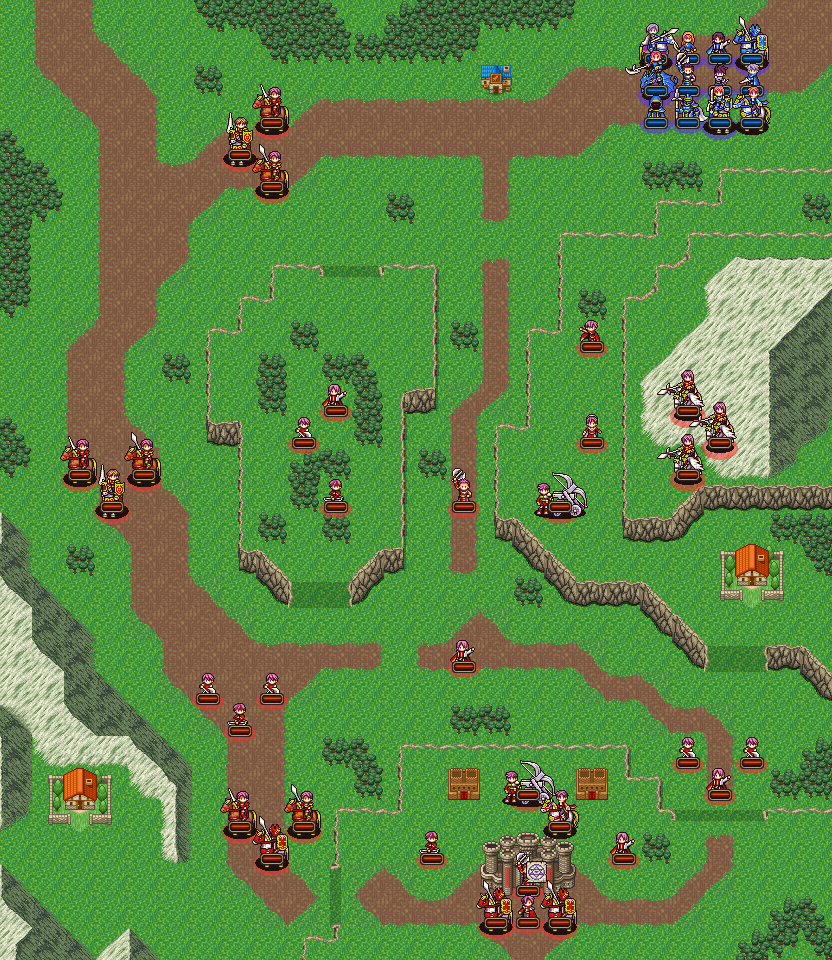 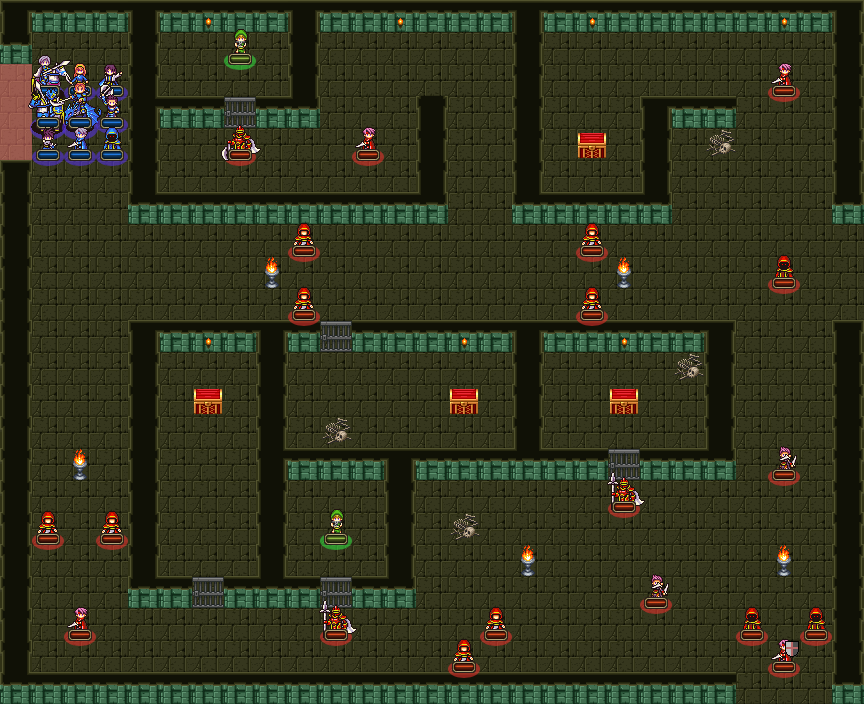 I’m excited to announce that Broken Legacy is nearly finished! There’s still some stuff I need to do, including some extra dialogue, dialogue for death variants, etc. I’m planning on doing at least two more full playthroughs of the game before the 1.0 release to iron things out. If anyone is interested in playtesting, shoot me a message and I can send you the current version (playable to the end).

And here’s a few more screenshots, mostly showing how skills are now reflected in the battle forecast. You wouldn’t believe how happy I was to see that x3! 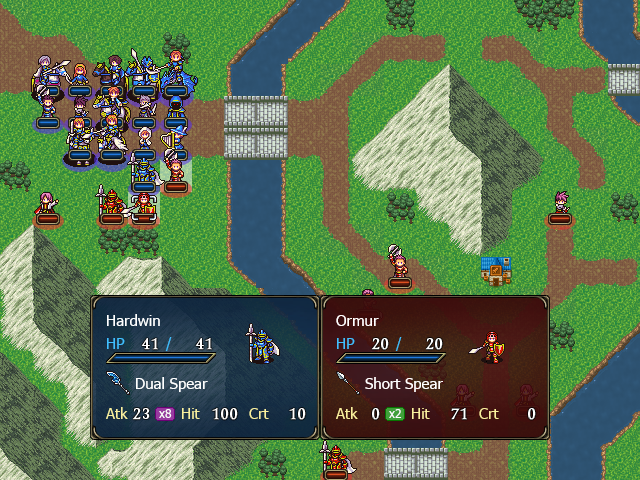 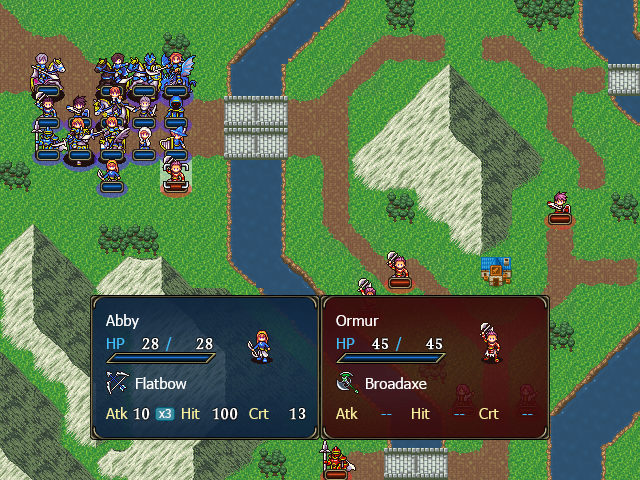 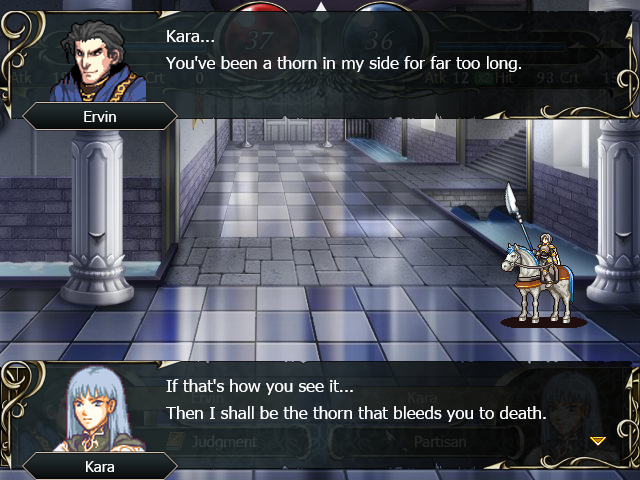 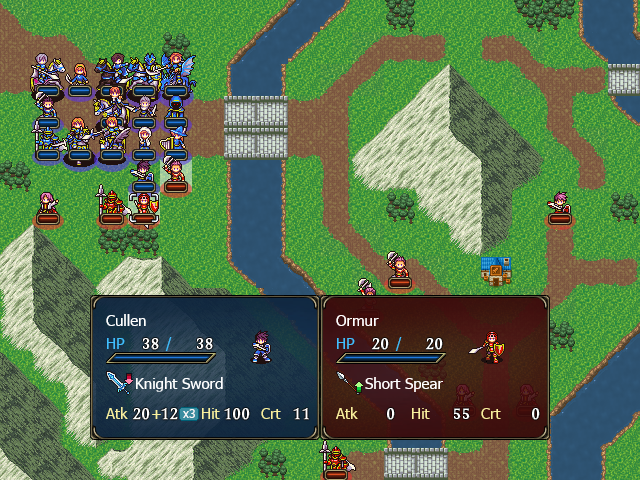 Version 1.0 is now complete, featuring all chapters! As well as being playable from start to finish, some of the more major changes include:

Note that this version probably not compatible with older versions since I’ve renamed a lot of files.

Even though the game is complete, I’m still very much open to feedback and suggestions. Of course, if you just want to sit back and enjoy the game, that’s completely fine too!

Updates from here are planned to be fairly staggered. I don’t want to make people keep on downloading updates while playing through the game. If there’s any game-breaking bug though, I’ll definitely address it.

Hope you all enjoy playing through the game!

Even my potato computer can run the game at 60 fps xD, congratulations on finishing it! I’ve already played a few chapters and I love it! Awesome job, man!

Awesome job on the completed project! I just have 1 question. Is there any way to use a controller to play this?

You should be able to use USB gamepads to play SRPG Studio games. I’m not sure what his settings are for them, though. You might be able to play around with game.ini to get something that works for you.

I’ve been able to get it working on the USB gamepad I own, at least. Just make sure GamePadDInput in the config file is set to the appropriate option (0 for DirectInput, 1 for XInput). In my case, the controller supports both, so there’s no problem.

Hopefully that’s enough to get it working on your controller as well!

Thanks to CommonKnowledge on Discord for pointing out a number of bugs. I wasn’t too keen on releasing an updated version so soon, but one of the bugs involved the game crashing when fighting Generals with animations on. I really don’t like game-crashing bugs, so I’ve addressed it along with some other minor issues in this patch.

I can confirm that v1.0 saves are compatible. Still unsure about pre 1.0 saves, but I guess it can’t hurt to try.

I just beat this and I have to say, it was really good. I played Hard/Classic and got a B rank, which isn’t bad for someone like me who isn’t the greatest at SRPGs. I missed one village, one chest and beat it in 308 turns. I look forward to any more games you may make in the future nd I’ll probably replay this eventually, trying characters I rarely used before and try to get a better rank

Congrats! Beating the game on Hard/Classic is no mean feat - even I have trouble with it sometimes!

I can’t say I have any plans to make another game in the near future, though I did have thoughts of adding a few bonus maps in a later release.

Hello robinco, just want to say I Love the game. I do have one question, does Cullen leave at the end of ch 8, or did I let him die on the last turn without realizing…

I have no idea what’s causing these issues, since the event clearly says to remove the 3 characters above. I’ll have another look and see if I can find what the problem might be.

Just wondering if you have something like a turn 10 save for Chapter 8? Might be a good way to check if your Cullen was still alive.

I’ve made a minor update, since a few things were bugging me.

I’ve also added an option to play in 0% and 100% growth modes. Similarly to the difficulty, this can be selected at the start of the game and changed any time inbetween battles.

The link should be the same this time, but here’s the link anyway.