Runa Does A Thing (7 chapters, cancelled)

What is Runa Does A Thing?

You may be asking, “Hey, what kind of stupid hack is this? You didn’t even put Fire Emblem in the title you dumb idiot.”
And the answer to that is shut up and play the damn thing.

Runa Does A Thing is an original FE8U hack made using the magical powers of buildfiles that has all new characters, maps, plot, music, etc.
Basically it’s not another FE8 reskin.

So if you’re gonna brag about the story, why don’t you give us a summary?

Alright, so there’s this girl named Runa. She does a thing. Play the hack to find out how it ends.
Now have some screenshots. 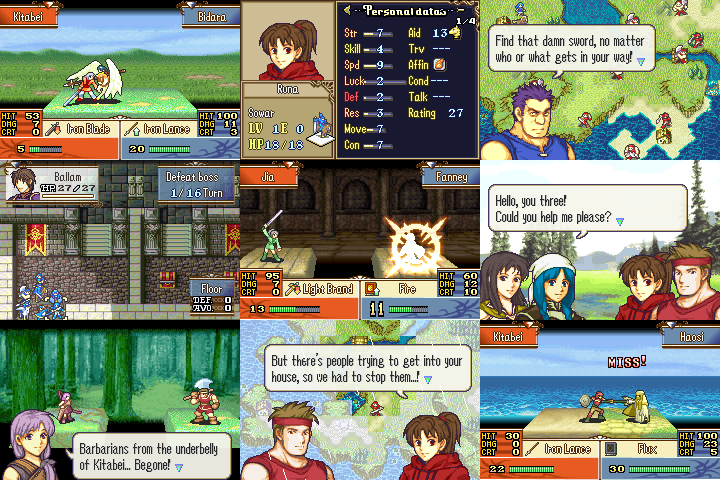 Alright, I read through your stupid topic, now give me a download link so I can open this up in FEBuilderGBA

Fine, but let me put the credits first.

Has good potential, keep up the good work.

We’re still alive! Just been trying to wake up Runa for two months, is all.
The next demo should be out July 31st/August 1st!

After some problems, both personal and technical, the demo is finally here! (a week late)
This demo covers chapters P - 6, and is only missing a small amount of text and some mugs! 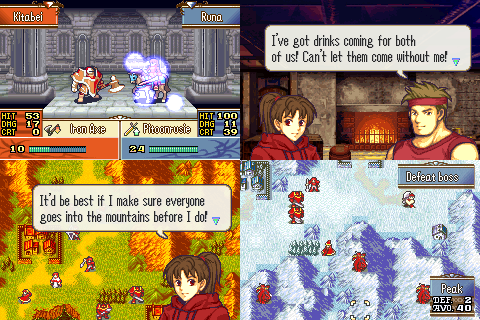 Hey,Ive played the first couple of chapters and everythings been great so far.I was just wondering,is neun recruitable?she looks like she is but i dont see a way to do so.Ended up letting her live and finishing the chapter.

I’m assuming you recruited Saum before you did Neun.
In that case,

Okay, so RDAT is cancelled.
HOWEVER!

I feel like it would be a complete waste, if all of its music were to go along with it…
So, I’m making all of its music free to use. It’s fifteen completely original songs composed by yours truly.
Read the readme, make sure to give credit, but go wild. I don’t care how you use it as long as you tell everyone I made it. ;0
please read the readme seriously

That’s very generous of you to share your musical work, thank you for doing so.

Even though you couldn’t be able to finish making your own hack, if you did all this by yourself it’s a real good effort. Not sure if in the future you may get into making one again, I hope that it’ll be something really worth finishing to you.

Great job, when are you finishing this hack?

Please don’t bump threads for memes like this, especially when the creator has said that it’s dead.

Locking this thread. Runa, if you have more to say, please contact me.