I am new to romhacking and I am working on a short one as practice and to get some feedback. I almost ready to release part of it but I am suddenly having a problem with the sprite speed. In FeBuilder, the speeds are all set to 0 so I don’t know what the problem may be.

There could be a good amount of things causing this…

Try describing the problem with more details, as what the last things you did before this happening. If you applied a patch. Some screenshots also. I’m not much experienced in hacking but if I can’t help some people may could…

Sorry for the late response. Been doing exams and haven’t had much time for the rom. So the map sprite speed has suddenly gone from the default speed to a speed of around 3x. I did apply a skill patch by mistake and intend on removing it. Other then that, the values on the sprite speed are at 0 so I don’t know what the problem may be. Also what kind of screenshots would you need to see?

No worries, I know the feeling of having tons of exams to do.
So, about the problem, this happened after applying the patch, what sounds really bad. I was working some months ago in a hack and I applied the 4º Alliance patch and for some reason the enemy begun to move through my units and that was like ‘‘Nani?!’’.
Applying patches and removing them it’s not safe for what I have of experience, I had to re-start hacks from zero because of this :v.
The only solution I can think by now is using a backup save you have before you applied the patch. If the units’ speed are normal, then the problem is definitely the patch.

But before doing this, did you check the options?

*I noticed that after applying the patch, the unit during the movement for some reason skips a title (something like that) and walks with more speed.

If the solution isn’t the game speed option. The only thing I can thing to solve this is using a backup save… If you don’t have one, don’t be upset or sad, I know the feeling of starting a hack from zero… (cries inside) 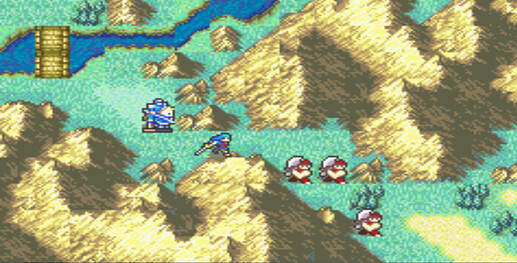 Sadly my game speed is normal. 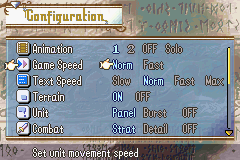 However, it doesn’t skip the animation. If the unit has more then 4 movment, the first 4 spaces are quick while whatever remaining has normal movement.

Here is where it speeds up to 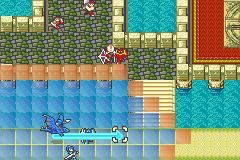 And any space beyond that distance travelled is normal movement.

Hmmmmm. Yes… Definitely sounds like the patch, I only tried using units with low move. But happened the same thing…

Thankfullly I am increidbly catious and have like 12 back up save files. Always make one before I decide to do a major change. Thanks for the help.