I’m now working on a new hack that uses a few fe5 aesthetics. (Map wise)
As well as a minor case of avatar creation (Don’t expect it to be full fledged.) and some maps
will be a little bit based off of Path of radiance. (I’ll try to make them look as close as possible but don’t expect high quality.) 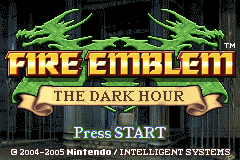 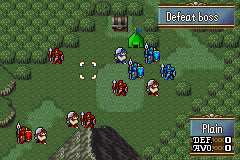 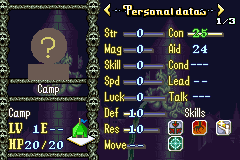 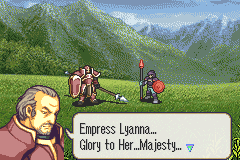 The next patch will be released when ch.5 is complete and when i clean up a few things in the earlier chapters.

I would strongly suggest modifying the palettes of the map sprites if you’re going to go with fe5 tilesets exclusively. As it stands the gba colors are too saturated and clash with the map palette. 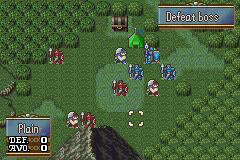 To be honest i haven’t learned on modifying map sprites yet but i’ll get to it. Might take me a bit.
Thanks for the suggestion.

Ok i have adjusted the map sprite palettes. What do you think? Here is a comparison.
Top is the new palette. 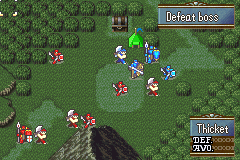 Looks good
I would personally lower the saturation a bit and maybe tune up the brightness, but this already is a better fit

An updated ver. of the patch is released.

Saw FE5 map and clicked the download button. I’m also using it so it’s gonna be nice to see what you do with it.

=-=-=
Intro screen is very nice and the avatar select is pretty good too. Only thing is I’d move the staircase closer.
Map sprites are clean, I was expecting more from the armor and cavalry classes, but I don’t know what it was I was expecting, Wyvern and Pegasus both being lances, brings up the issue, why would oyu ever pick pegasus?
Also I’d change the MC’s name to something more gender neutral. Like Sam, Cheyenne, Alex etc etc.
=-=-=
Borris pretty much solod this chapter for me. Fierce Stance and he doubles? Yeah he’s good.
Growth rates seem really low across the board.
I don’t like that the chest starts so far away from the action and the MC has to get there.
Why not add the chests in the intro screen? Depending who you pick a Flag goes off that reveals a chest or something like that.
Also seems odd that some classes get a skill, and others dont? Like I love me some Canto, but as a starting skill? I’d pass.

I have decided to release updates in chapters so the process is steady and i can hear any feed back about the older chapters and fix them while im working on the next chapter.
So don’t have to tweak other chapters all at once.

I have updated the first chapter map with a different tile set. Top is the old one. bottom is the new one.
Witch do you guys think is better? 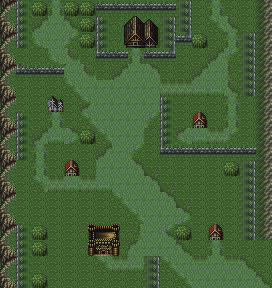 I think the new one looks better.

I think the top looks better imo. The colors are pretty spot on too.

I look forward to what’s ahead for this hack.

I also went ahead and remade the Bandits of Borgo map in FE5 tiles.
What do you think? 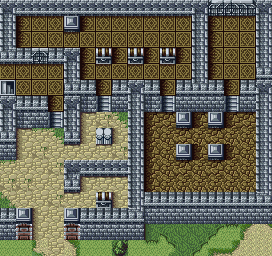 any actual change? to the map? not just some palette swap

Only one more chapter before Act 1 is complete!

Also expect these to be on the field. 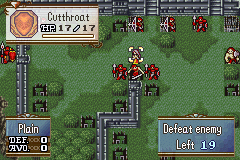