Sup, I had some things kicking around that I figured might be useful to other people.

These are tools I made to help me out when I was making REDFE. They’re meant to help with the buildfile workflow.

This is a set of scripts (a batch script and a python 3.8 script) that can be used to automatically generate incbin style includes for mugs. I’ll just dump my explanation from the repo here.

Every PortraitFormatter call you make in a buildfile will eat up some time because you have to call an external file. And this call happens for every external include you do with PortraitFormatter. While it’s a useful tool, sometimes, you want your buildfile to compile a little faster.

By calling PortraitFormatter before the compilation, you can cut a little bit of time from each compile by using the raw output of that program.

This converts a string of characters representing 16 bit RGB color into LE 16 bit colors. The format of the input is any number of colors in format RRGGBB where RR/GG/BB could be values from 0 to 31. 6 numbers per color, so make sure your input has 6*(number of colors) characters.

I’ll be real, I don’t remember why I made this. It was made nearly 3 years ago and I didn’t leave good enough notes. I think I used this to generate a new palette for REDFE’s title screen and I may have planned on using for battle palettes at some point too.

Easy buildfile template for people to work off. An alternative to the skill system for just getting started with a buildfile, some basic demo content is attached so you can know the make worked.

A quick script that lets you drag .ups files on to a batch script to patch them and produce a renamed output ROM. Praise NUPS!

Is it possible to learn this power?

Yeah, it’s just python. Pretty easy to pick up and you just need some understanding of how GBA stuff works. I’m pretty basic in that regard, people who can do ASM are generally ahead of me in that field.

I’ve made a more basic buildfile for newer users who pressured by setting up one and don’t want to work with the Skill System for whatever reasons. I’m open to feedback on this but this should be okay to start off with.

Easy, basic buildfile that users can develop from. - MysticOCE/EasyBuildfile

Someone said NUPS wasn’t good and I wasn’t gonna take that. So I made a small script to allow you to drag and drop patches onto a batch file and have it output a properly named output file. You’ll need to supply your own ROM obviously, please check the readme for instructions. 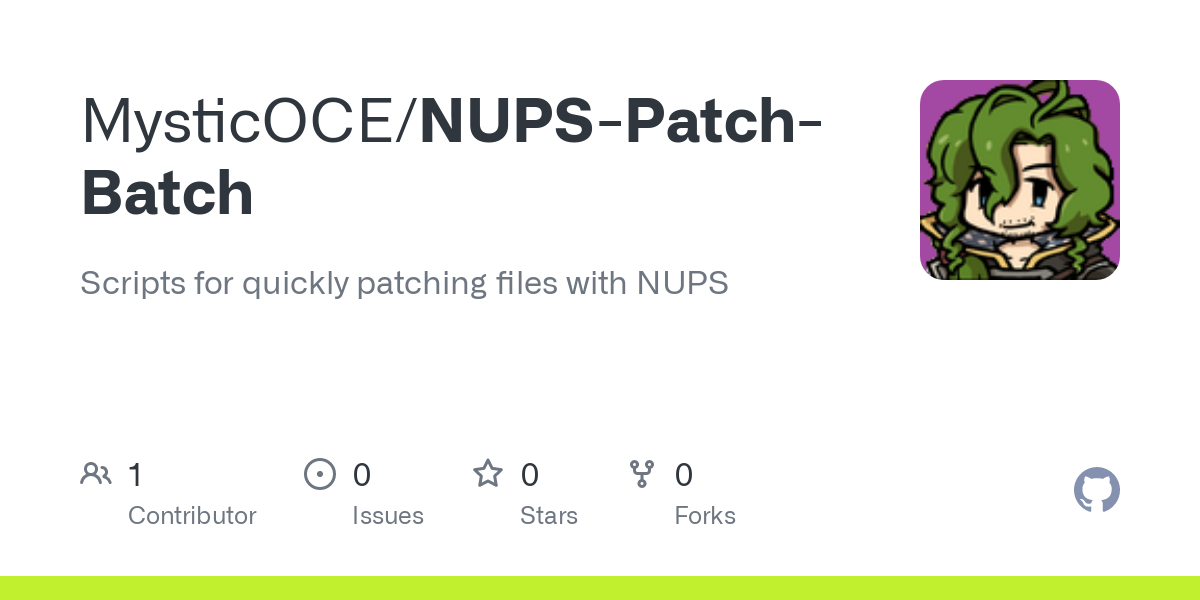 Scripts for quickly patching files with NUPS. Contribute to MysticOCE/NUPS-Patch-Batch development by creating an account on GitHub.

e - oops, had a mistake in the description here. Fixed.