I am new to this site, and have come here to share my FE project, to see if anyone is interested and possibly get some feedback!

First of all, my project is not a hack per se, but is made with the Lex Talionis Engine made by rainlash. If such projects are not allowed to be posted here, please let me know and I will of course take it down.

With that out of the way, let me present Mark of the Dragon!

The Story:
Follow Chieftess Katla, her brother Brandt, and their band of village militia as their country is torn apart by a sudden invasion from a neighbouring country. A story of desperation as everything crumbles around our characters. Is it at all possible to save their country?

Features and design philosophies:
-Similar to Gaiden, start with a party of trainee units, aided by an old soldier.
-Slower pace than vanilla GBAFE, with slightly lower xp gain, but much higher compensation for level gaps.
-Characters learn a class skill per class they level up in.
-Currently 8 out of at least 13 planned chapters.
-A large and diverse cast relative to game length, currently 21 out of at least 26 planned characters are in the game.
-Bows are better. 2-3 range being the biggest change.
-Base functionality as in FE9, where for example supports take place.
-An underdog story, but with writing focusing on charm, with characters you will hopefully start caring for.
-An attempt at creating a strong gameplay/story integration.

Known bugs:
-When recruiting someone from a village, if the tile below the village gate is occupied, the recruited character will not appear.

All credits are found in game, under extras. 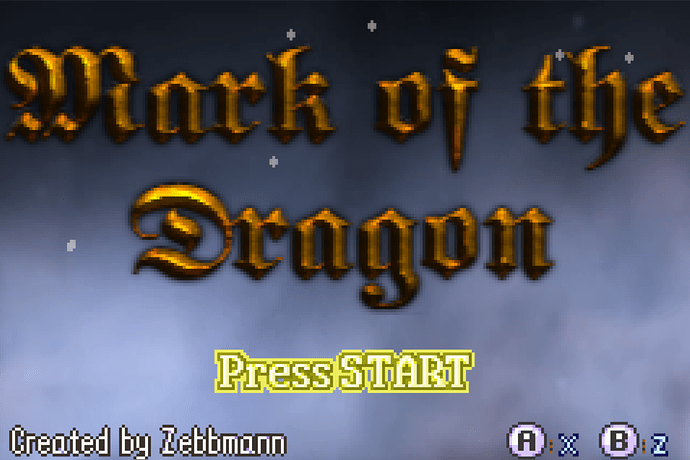 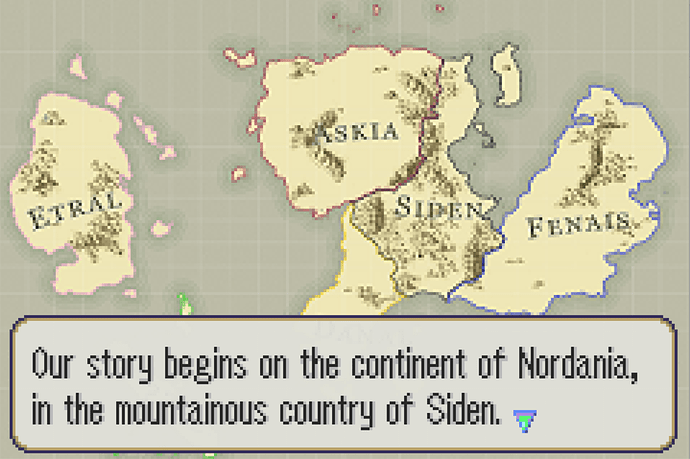 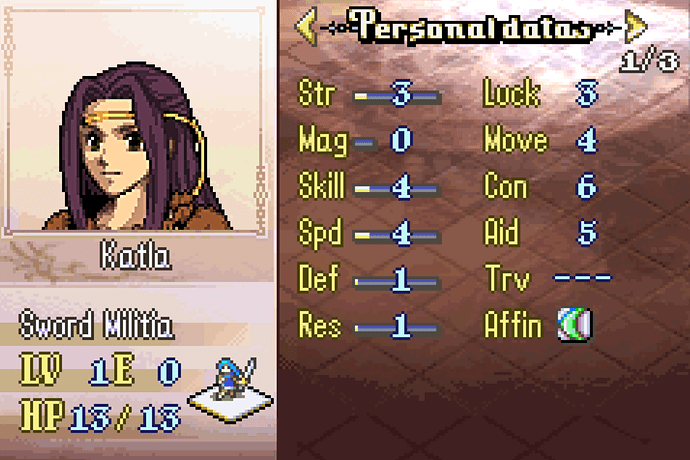 To play, just download the archive, unzip it, and double click the file in the top folder aptly named “double_click_to_play.bat”.

I hope you like the game and I appreciate any feedback!

Edit:I accidentally published this post before it was finished.

Edit:I accidentally published this post before it was finished.

(Also you misspelled Talionis in the title)

CharacterCreator is rather poor for making good-looking splices, but the individual pieces it uses can be fairly useful for manual splicing. If you want your portraits to look more natural, I wrote a tutorial you can refer to for help:

How to do basic manual splicing with CharacterCreator's individual resources Tutorials

(Reposted from Serenes Forest) Hey there, boys and girls! Today I’m going to show you how to make simple splice portraits with the individual assets used by the Fire Emblem CharacterCreator program! Some of you budding fangame makers are probably using this program to make quick and easy splices right now. While the program is good for previewing part combinations you want to use for a real splice, the actual portraits the program makes are not good to use in actual games as the program’s av…


However, as a sort of addendum, I should note that you’ll probably also need to do some extra anti-aliasing and other shading adjustments to really make them look on par with vanilla portraits.

Aside from that, this project sounds interesting. Lex Talionis sounds like a cool engine and I probably would’ve picked that up had I not already committed myself to SRPG Studio. Does LT enforce color limits on portraits like regular hacking does?

Does LT enforce color limits on portraits like regular hacking does?

It does not. It is, after all, a PC program like SRPG Studio.

Very cool. I wonder just how crazy you can get with colors in that engine.

Welcome, Zebbman - looking forward to seeing what you create.

CharacterCreator portraits are great for getting started with concept art, but if you are going to use them, I highly recommend copying some colors from GBA that are less saturated so the skin tones and color schemes look more natural.

Also, there is a typo in the screenshot posted.

Be safe and have fun.

(Also you misspelled Talionis in the title)

So I did! Thanks.

CharacterCreator is rather poor for making good-looking splices, but the individual pieces it uses can be fairly useful for manual splicing. If you want your portraits to look more natural, I wrote a tutorial you can refer to for help:

Thank you. I do have plans to fix up the portrait colours a bit in the future. It’s not a priority at the moment, but I’ll have a look at your tutorial. Thanks!

Welcome, Zebbman - looking forward to seeing what you create.

CharacterCreator portraits are great for getting started with concept art, but if you are going to use them, I highly recommend copying some colors from GBA that are less saturated so the skin tones and color schemes look more natural.

Also, there is a typo in the screenshot posted.

Be safe and have fun.

Thanks for pointing out the typo, sometimes I just end up writing things a bit too fast and make mistakes like that that I keep not seeing even after reading it again. I swapped out the pic now.

I do want to fix the colours exactly in the way that you mentioned, and will probably get to it at some point, but at the moment I am focusing on getting more chapters roughly done. I’ll fine tune things like portrait colours in the future if I find time for it!

Good call - the art stuff can always be tweaked later. I enjoy fixing this kind of stuff when I need a break from building chapters and writing. Enjoy!

So I had a little fiddle at testing making the colours more natural, as mentioned above. It’s not there yet (as I did it in like 5 minutes) but should illustrate the direction mentioned? I’ve got to be honest, I’m not convinced. A lot of original GBA sprites look too pale for me personally.

I do think a lot of the ones I’ve made needs fiddling with particularily for the skin tones, but overall I’m not sure I see a reason to go for the grayish direction of the original GBA since I’m not restricted in the same way.

There is the problem of consistency though, as sometimes I use original GBA sprites for NPCs. Consitency is important, so definitely needs to be sorted somehow. 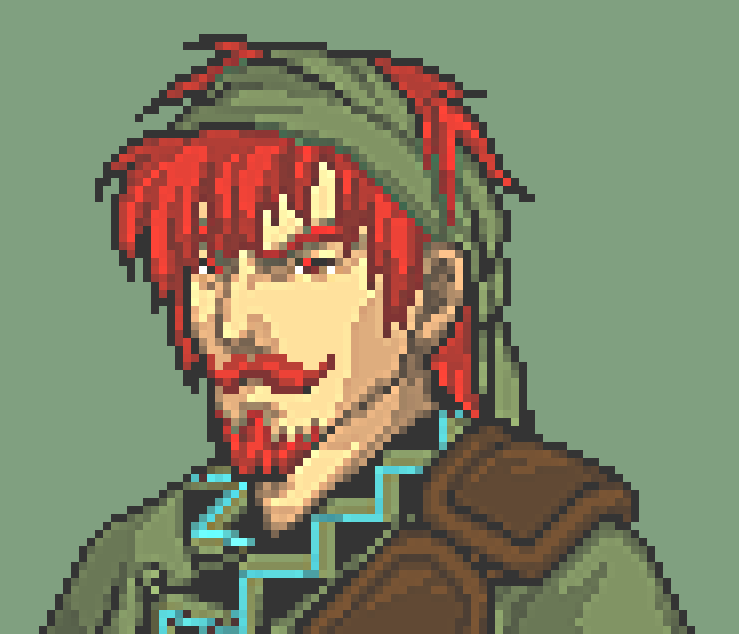 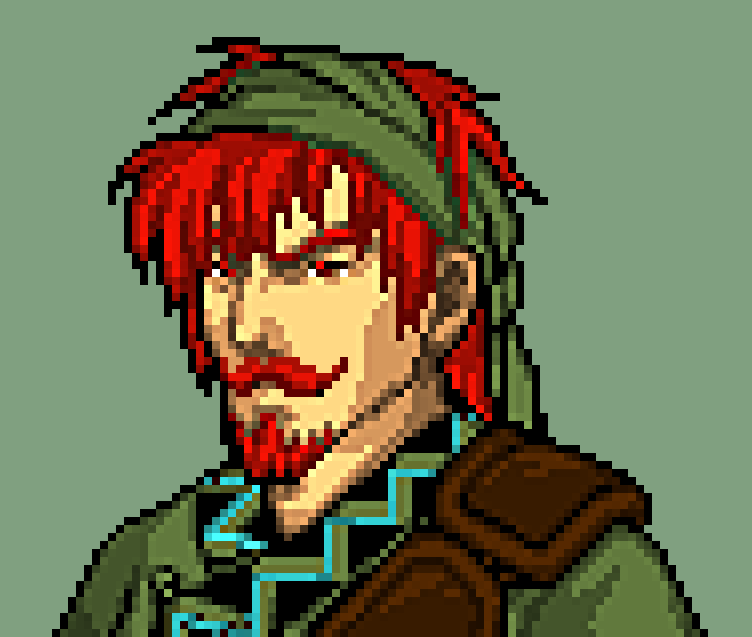 What do people think? Is it really better?

Edit: I could also just have been staring at my originals for too long.

A lot of original GBA sprites look too pale for me personally.

They should look even paler on the GBA, so it’s interesting they already look pale to you like this.

They should look even paler on the GBA, so it’s interesting they already look pale to you like this.

I just did! And you are definitely right. The FE8 ones look a LOT better to me. The Original ones I’ve been using for NPCs are from FE7 I believe.

The first five chapters are now released! Please download and play at your leisure, the link can be found in the updated original post!

All feedback is appreciated!

Hey started playing it today and am really enjoying it. I’m on chapter 3 and I feel like the two cavaliers could either use a shorter path to the meet up or an extra pair of healing items; I love the concept you’re going with but one of them is dead by the time they meet up with the main group. All the maps feel just a little bit too big so far; although every part of it is used.

You have something very special here!

Thank you for your feedback. I’m really glad you like the game so far! I’ll have a look at the cavalier route on chapter 3 for the next release. Are there any enemies on the route that are particularily troublesome?

No it’s more of a culmination of a lot of small damage kind of thing. You honestly could just put them further down the road

I feel like the trainees just take too long to get going. For example, I invested a lot of exp in Katla, who is supposed to be a myrmidon archetype, and promoted her, but she still doesn’t double, dodge anything, and thus takes like 4 turns to kill the average enemy. My underleveled archer, on the other hand, one shots and doubles everything. Mage seems at a decent place and the cavs are good cavs.

Apparently nearly halfway into the game, I’m still making my Jagen weaken every enemy to 1 hp so that my trainees can finish them off.

Maps are very fun though, and despite the weird balance I do enjoy my current playstyle.

Thank you for playing my game, and thanks a lot for the feedback! The balance is of course quite different to a normal FE and that is sort of the point, since you start out with mostly very weak units. As you say however, Katla does seem to struggle a bit, even once promoted to a normal unit. I’m thinking of giving her a special weapon from start to help her out a bit for the next release.

A personal brave weapon? That may be too OP

Not a brave weapon, just a custom one with slightly imrpoved stats over the rusted sword.

i think the original is way better in colour sharpness.