Do any of ya’ll know where to find a vanilla sage effect animation, you know the magic circle thing they do in their animation, cuz I kinda need one ;-;

repo, or just open up the game files and extract the animation yourself using builder

The way the sage’s casting effect is stored in game is broken up in a way that it probably wouldn’t be very easy to work with unless someone has a formatted one.

If you want to include it in an animation, it’s probably easier to just use the command that calls it. 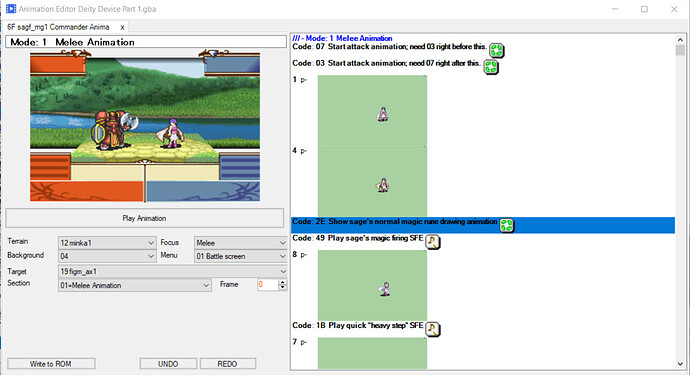 It’s implemented as a separate sprite from the actual character sprite so that it isn’t limited by the character’s palette.

Well I do need one for my main characters’ promotion.