Hello everyone! My name is Renoud, and I’ve come here to present a hack that I’ve been working together with my friends for months. This hack is called Kaga Emblem 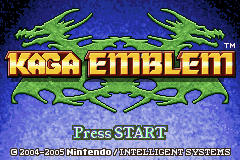 So, what is this hack about? It focuses on our main character, Shouzou Kaga, shortly after his trial against Nintendo, he was captured by Intelligent Systems for abandoning them. Kaga manages to escape with the help of a few FE fans, and together they plan on taking back Intelligent Systems by themselves with the intention of “saving the franchise”.

This hack is being made on FEBuilder and has a pretty non-serious plot, so expect lots of memes, nonsensical stuff, and plot holes that the characters themselves acknowledge and make fun of. This hack also tends to make fun of a lot of the “elitism” accusations that the community tends to get every now and then. 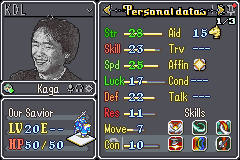 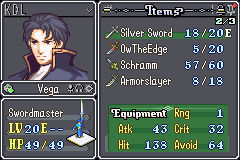 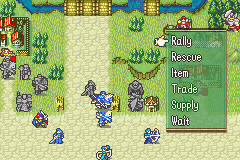 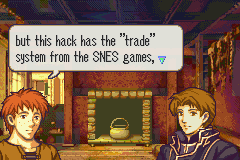 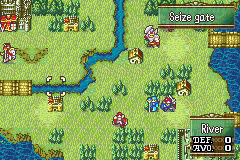 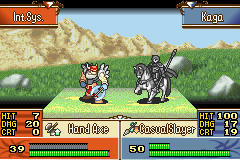 Will probably definitely LP this when it arrives.

Will this have Pursuit Critical Coefficient?

Will this have playable bad axe users or no playable axe users?

it could also have stupid good axe users that come earlygame

Kaga saw the light on #AxeFaith later on in his career, yes.

I’m a bit dissapointed that it’s not a traditional FE game, but I’m excited to play this nonetheless.
Kaga be praised.

Had fun recording this for FEE3 - had a few laughs. Definitely a different experience.

Glad you enjoyed it! Looking foward to the recordings to hear your opinions and comentary.

I dont know if that is possible, but it would be amazing if kagas hits would rely on 1rn and the enemies on 2rn for historical accuracy.

That the series started using 2RN the moment kaga was not part of the devteam anymore.

Bring on the memes, don’t let them be dreams