According to this article, of which I am admittedly relying on a redditor’s translation because my Japanese reading skill is probably on par with or inferior to that of a kindergartener, Kadokawa established a one-Isekai-per-season policy back in the beginning of 2019, over two years ago now. This got me thinking: where is the FEU one-Isekai-per-season policy? I see new hacks being released with ever-increasing frequency and yet, like, no (advertised) traveling to another world as an overpowered person from the modern day.

So I’ve decided to rectify that.

Isekai Emblem: The Tales Two is a story about some people who are sent from our world into a fantasy world with magic and horses and they have to fire emblem their way back to their original plane of existence. It is a direct sequel to The Dragon Herald, but you do not have to have played that game to play this one; having played my first game will instead provide context to the geopolitical climate in place at the beginning of this game, which of course no one cares about.

Gameplay-wise, this is a fairly gimmicky hack with 23 (give or take 7) chapters where each unit has 0 to 1 skills at their disposal. There’s more than a few goofy map objectives and a helluva lot of weird weapons. Very importantly, and I cannot stress this enough, there will be two or three points in the story where you lose access to some of your characters because their motivations for joining you in the first place do not compel them to stay. You are therefore encouraged to train at least somewhat broadly like for The Dragon Herald where the final map has 24 deployment slots (spoilers).

Here are the screenshots from the meme version of the post, as they are, after all, pretty good screenshots.

This hack is something of a personal project for me. Ever since I was a wee tike, I’ve always wanted to write a trash isekai. Obviously this was before the genre (or indeed manga/anime) really took off in the west, but the fundamental idea was there: I wanted to make a Fire Emblem game where me and my homies got exploded in our school bus and ended up in a fantasy world. As time went on, I sort of put this idea off to the side until recently when I realized that, with the advent of FEBuilder, I could make my young shitposting dreams come true. 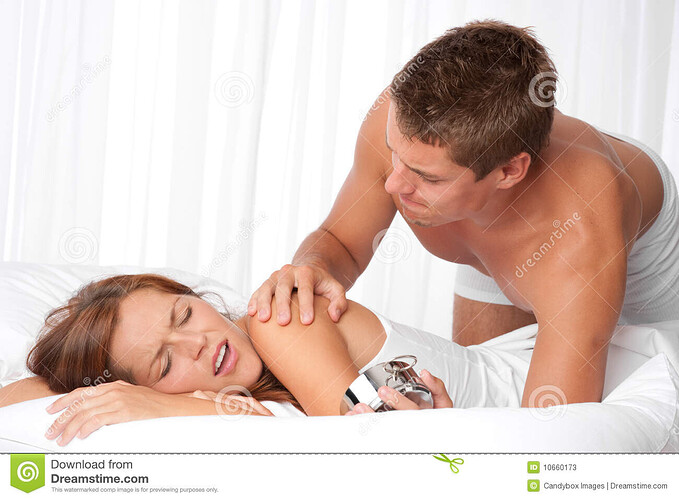 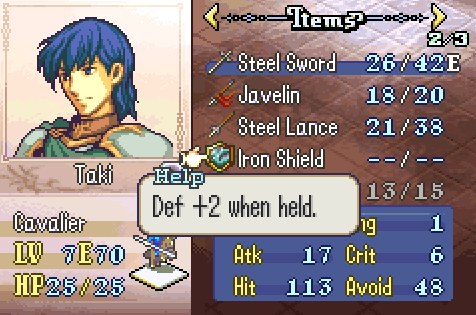 ah yes, my favorite isekai, the rising of the shield cavalier!

This is another level of tomfoolery I never before thought possible.

May i know how many chapters this masterpiece holds ?

I can see the future

Will we get to meet You from the Dragon Herald series?

No racism? I feel so betrayed, we were promised racism

I got a 6 AM timeslot and forgot that I am a human that cannot wake up that early, so I’ll release the actual patch at 9 PM the previous day. Hope everyone’s enjoying FEE3 so far, lotta sick trailers.

Question. Did you get the dragon rider dude with an assault rifle as the final boss?

Sadly not, all of my extremely limited asset-making skills were consumed just making a glock hero.

.ups is posted, I will be sound asleep when the trailer drops lmao.

I watched the showcase for FEE3 quality control and have been looking forward to release. I wanted to play more of it before writing up a reply (presumably full of praises) but some important issues came up in particular.

In ch3, it automatically moves to enemy phase if the lord is the last to not take an action, thus skipping her turn.

IN ch4, there’s 6 deploy slots, but the lord has vanished from existence. 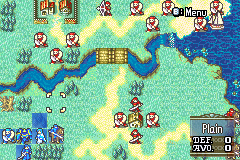 I don’t think this is intentional, and a quick look via the ol’ builder seems to show that she’s still has the state of ‘escaped’ set in ch2, which seems to be the cause of the weirdness for both these aspects?

Another thing is that I’m pretty stupid, but I couldn’t puzzle way to get the lord to escape for prologue without getting the swordmaster killed. I think this is intentional, and it doesn’t matter at all, but I didn’t know that at the time.

Edit: A minor thing forgot to mention:
The soldier palette here seems a bit borked, with the green outline and mismatching colours. 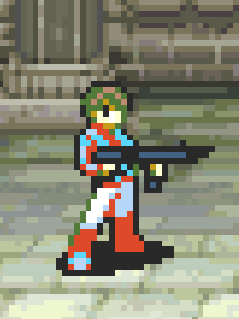 And also the green outline on the sword soldier. I had a lot of issues myself with these generic green outlines, seems to be some kind of builder thing. 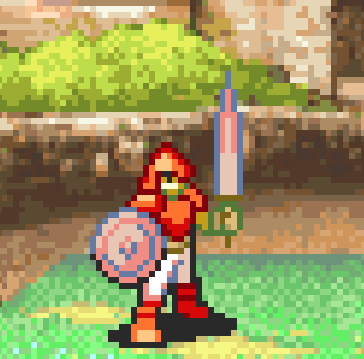 lmao thanks for playing.

Just copy/paste these into the palettes in the battle animation editor.

Oh damn, thanks a ton!

On a side note I never knew what the palettes included in the battle animations were meant for until this very moment, my life is a lie.

This bugged animation here can be fixed by changing the AP in the class’s moving map sprite editor to 1-5 (sniper/zephiel king). 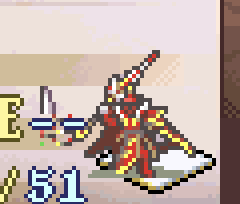