How would you pitch an FE unit to a sponsor?

Say you’re the manager of a bad Fire Emblem unit, and you’re trying to get a sponsor for the arena.
Who would you manage, and how would you advertise that unit to potential sponsors?

Rules:
-Unit must be considered bad (This is very debatable, so just go for who you consider objectively bad).
-Pick any unit you want, as long as they’re from an FE game or hack (Kaga Sagas are fine too).
-Growth units are fine, but the sponsors would have no idea about their growths.
-The arena will have units of similar quality to the enemy units that in the unit’s home game/hack at the time they join.

Feel free to say how likely you’d be to sponsor units based off the advertising.

I’m representing Kellam
Who? Don’t worry about it.

No one will see him coming

Roy! Roy! Roy’s our boy!
If he can’t do it, then the whole world ends because it’s a game over!

(Except, his late promotion at 22)

(Except, his late promotion at 22)

Except his BS promotion is at 21

So I got this little green haired mage girl here, see? She’s an illiterate magical prodigy who was unloved by her adoptive mother, but is a decent girl overall despite it-- Low, low level for the chapter she joins, right? Cute as a button too, the fans will love her!

What chapter does she join in? Well I’m glad you asked! That’s the best part, you see! She’s a late game character! Joins like in like chapter 23 of 30 of the first playthrough. Best of the best would join up around then! And she is the best despite her low level at joining!

Bases? Who cares about bases? She’s low level and a chore to level up because of it! That’s the beauty of it! It’s what the fans want! What they crave! EVERYONE will want to use her in the endgame!

…What do you mean that’s stupid?

(Character is Nino, if it wasn’t obvious. I personally like training the character, but she is objectively bad when she joins)

His name is Grumbo the Great. He has an axe bigger than he is and can walk on water. Need I say more?

Look, she’s a mysterious girl with power over powerful ancient magics. You’re really not impressed yet? She’s half-dragon and she can predict the future. She literally cannot lose a fight, she’ll see the loss and avoid it! She’s practically unkillable!

"This is anime chess

Gunter is an experienced soldier with years on the battlefield surely with such time comes great wisdom and strength?

Listen to this, the guy got pushed off a cliff into a bottomless canyon and survived unharmed! Must be hella strong to do that, eh? 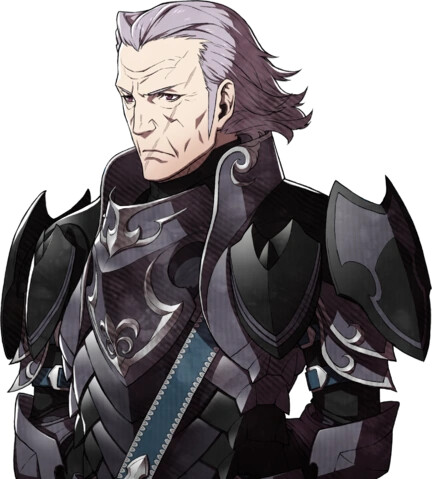 Shannam is the unparalleled swordmaster prince of Issach and descendent of of the crusader Odo. Who hasn’t heard of him? Why doesn’t he have Balmung? It got stolen. Yeah. That’s what happened. Also, heard of anyone else who can use Astra as well as Shannam can? Just ask Mareeta, she’ll vouch for him. Wait, what do you mean Shannan is already here? 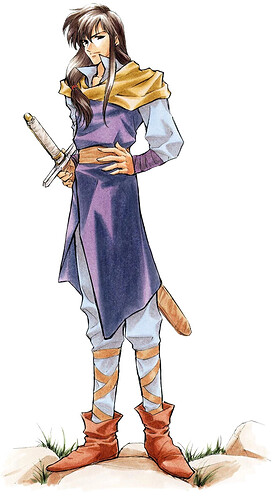