How do I correlate the moving map animations to a class?

In order to turn Lugh in FE6 into a Monk, I was going around replacing the animations and name of the Female Druid class to put the monk class into the game. Since Niime still exists I intended to change her class to a gender neutral druid class where regardless of male or female they used the same map and battle animations, with stats adjusted accordingly.

However, for some reason, in spite of having changed the male druid map sprites directly in both hover and moving animations, the female druid animations still show when I actually select Lugh on the map. There is no moving map animation setting in the class editor, so what should I do to specify which to use in it?

Did you really click on ID and then put the moving map animation there? the game can not load data that does not exist, so if anything bugged out, you would get a glitchy mess.

EDIT: Oh, I realize now the ID value is exactly what I had to change. Alright, that problem is solved, but now it seems I can no longer use the guiding ring properly to promote…

You have to edit the promotion data in the “promotion item” editor. 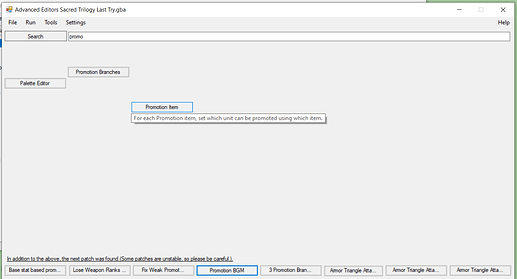 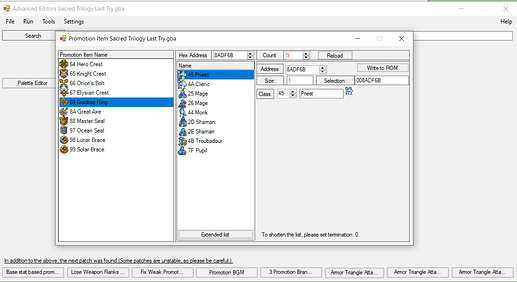