After many months working, I’m finally releasing the best soundfont in the Game Boy Advance ever. I had many problems to make it work the way I wanted, but I was able to overcome all challenges.

This installer not only changes the soundfont of the game, it also adds a newer version of the Improved Sound Mixer that has the Golden Sun The Lost Age reverb algorithm, FM synthesis with 4 channels, 16 directsound channels (meaning that you can play 16 notes at the same time with regular instruments), and runs 20% faster than the original Improved Sound Mixer (meaning that it runs 50% faster than the vanilla sound mixer).
I wanted to add more usable tracks, but that was nearly impossible without optimizing the whole game engine, so your songs are still limited to 16 tracks.

Thanks to Ipatix for letting me do whatever I wanted with his Improved Sound Mixer, and thanks to @Alusq for the Advance Music Installer that I used as a base for this.

But more importantly, thank you, @DuffOnTheRun, none of this would be possible without you and your experience as a sound engineer and programmer. You supported me since the beginning of this project while no one did. You’re not a friend, you’re a brother for me. 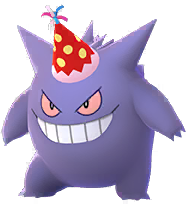 Congrats on finally releasing your soundfont

very cool, gonna use this already.