After rigorous playtesting and about a month of slamming my head against a wall, I’m finally ready to release my first actually serious attempt at ROM hacking, titled War on Two Fronts. The current build goes up to Chapter 6, and contains 7 chapters.

If you find a bug, post it below. If you find a gamebreaking bug, you should probably PM me on Discord, under captainfisting#3093, for a more immediate response.

Expect fairly frequent updates (likely in 1-2 chapter increments). I’ll do my best to make previous saves compatible with later versions, but I can’t guarantee it.

I don’t think I need to explain anything else, but if multiple people end up airing the same grievance, I’ll add it to the original topic.

Well, it was entertaining enough that i finished the demo so that probably says something all by itself :v

Thanks for checking out the hack, I’m glad you got through it without incident.

Other than those issues, I’m glad you enjoyed what you played.

The chapter 3 boss has Nullify, which prevents effective damage.

Haha, i totally blanked on checking his skills. V. smrt. As for the platform, 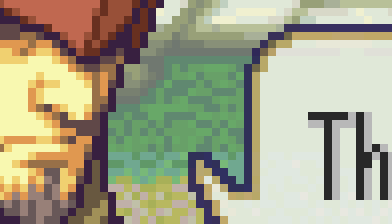 it seems to have holes in the “front” part. You can see part of it sticking down in front of the guy’s nose, but the green stuff is the background. 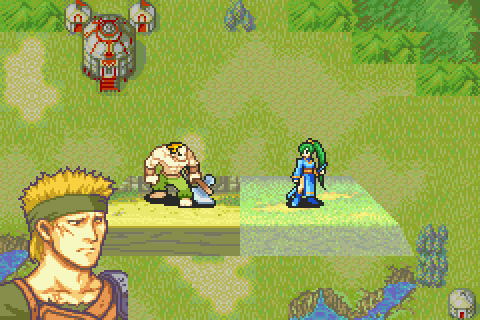 Compare to this where you can see the full “front” bit of the platform in front of Batta.

Edit: went back and captured video. Turns out it does have the wall part, it just looks a lot like the background when it goes past quickly. 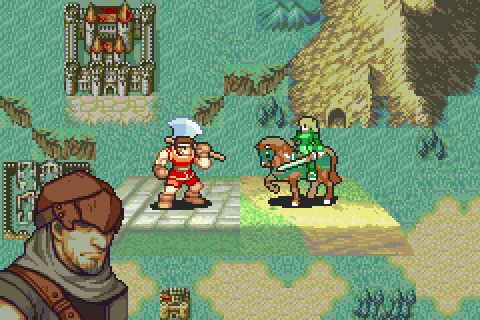 I was sure that platform was supposed to be stone all over but apparently it just has a grassy bit to it.


All else aside, good luck with the rest of the hack, hopefully i'll get around to trying the next version too.
1 Like
captainfisting July 2, 2020, 1:34pm #5

The patch has been updated to 0.2, with 2 additional playable chapters.
Saves from the previous version are mostly compatible; changes to character base stats won’t be applied, but it’s compatible otherwise.

Dialogue wrong: if they can barely scratch me (wtf i defeated him alr), Varden (its the lands name) (Varis shd be I think?) dont stand a chance against them
The mages have decent growths compared to non MC characters lol
And I think theres axe mercenery map sprite out there
Doesnt boromias appear too early? Or the goal is to defeat him with 2 effective hits?

I presume you’re referring to Salford’s dialogue at the start of Chapter 5. The dialogue is not wrong, he’s referring to the Varden army as a group.
You say that the mages have decent growths as if they’re not supposed to. Most characters range around a 240-270% growth total.
There’s a male axe mercenary sprite, but no female one. I don’t really have the talent with graphics necessary to make a convincing one myself.
Boromias shows up on turn 10, and you can be out by the time he appears if you focus on getting Varis to the escape point. He shows up quickly to apply some pressure, and to give the player the opportunity to see if they can kill him before getting out.

nvm it’s just their hp growth is pretty low (so their def have pretty high lol)
what can she promote to? if it’s warrior or hero u can just make her a female fighter
IKR but the cavaliers had to be dealt with or Varis might die so (although I can just ignore him and get Varis outta there anyways) then I heavy blade critted on that dude