I have been working on a FE8 ROM Hack, titled Fire Emblem: The Lonely Mirror, for about three years now and wanted to share it with the FE Community. This hack is complete from Prologue to Final with an Epilogue too.

I love the Fire Emblem series so much, and working on this project has been really fun. I have fun playing through this hack often, and I hope that this ROM hack will be enjoyable for you as well. If you wish to provide feedback in any way, I’d love to hear your thoughts. 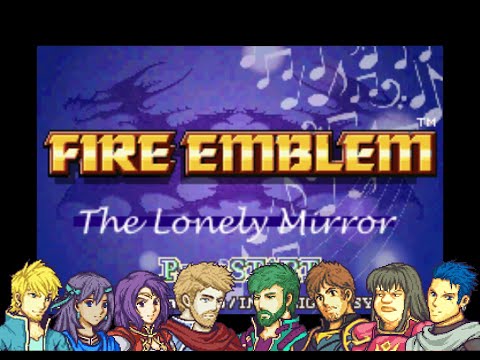 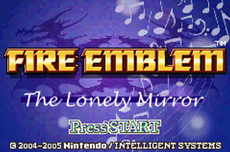 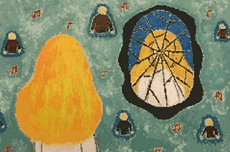 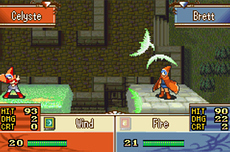 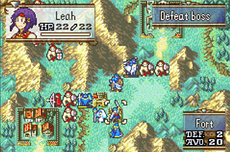 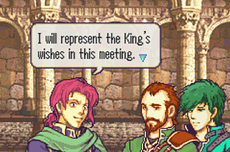 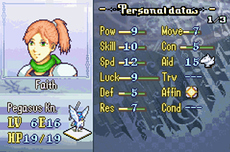 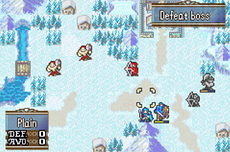 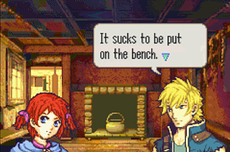 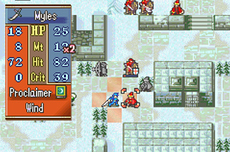 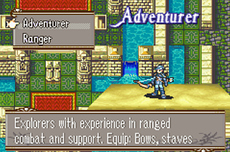 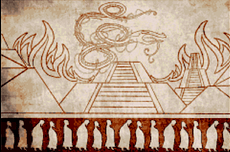 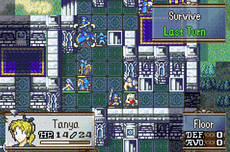 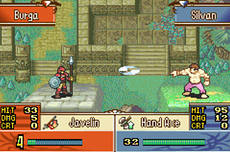 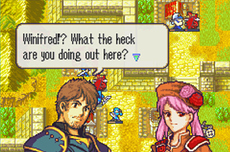 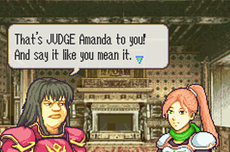 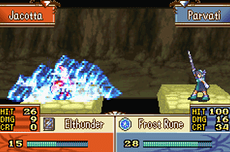 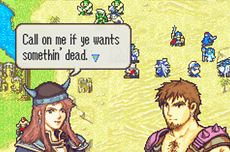 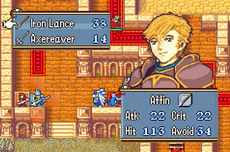 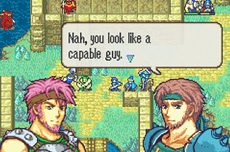 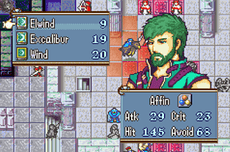 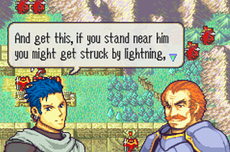 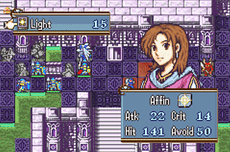 There are two versions of this game available with different difficulties. Play whichever is experience you’d like.

The Lonely Mirror CLASSIC (FE_LonelyMirror_FullGame_v3_0_Classic.ups)
This is the classic experience of The Lonely Mirror that a lot of players will be familiar with. Enemies tend to be bulkier and some chapters may feel like a puzzle

The Lonely Mirror FRIENDLY (FE_LonelyMirror_FullGame_v3_0_Friendly.ups)
This is a more accessible version of The Lonely Mirror. Enemies will in general have a lot lower HP, Defense, and Resistance. Leah also begins with slightly higher stats, and EXP gains will be higher. 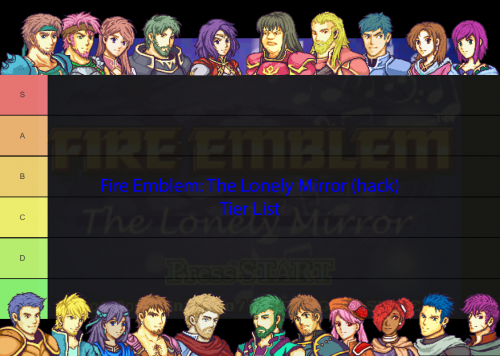 A character tier list for the ROM hack Fire Emblem: The Lonely Mirror. I am curious to know who are the best units and who are the worst to improve game balance.

60 Likes
The Fire Emblem Fangame Directory [Please add your own hacks!]
Laurent's sprites
RandomWizard's Artistic Stuff
Hello, I´ve been looking for a romhack but I forgot the name
Pandan June 9, 2019, 1:40am #2

Quite an entrance! Looks like you’ve put a lot of effort into this upfront. Definitely will be trying this out.

Looks great I’ll be sure to give it a try and like usual break the hack as much a possible with xp abuse.

EDIT: So, I tried to patch and am getting a “Rom doesn’t match UPS” error. This is the rom I use for all hacks and have only once had an issue like this before. Any ideas?

Hot damn, gotta put this one at the top of my list of hacks to play.

I recreated and uploaded a new UPS file, and it seems to be working fine now. I am not sure what I did the first time; it was late at night for me.

I think it is easy to open ups with FEBuilderGBA.
FEBuilderGBA automatically searches the current directory and emulator directory for non-modified ROMs(vanilla) that are the source of patches.

After pressing the button, ROM of ups file name .gba is written to the directory where ups was.
After that, you can execute it with the F5 key, or close FEBuilderGBA and open it in another emulator.

So I just completed a run on normal through the hack thus far, and I have to say- tremendous work. There is a lot of quality and care put into this, and I look forward to the future of this project.

Having said that, I’ve got a bullet points here as far as good and bad

All and all, I enjoyed this hack thuroughly. If Lael were a light magic user to counter dark mages, that would help mitigate the relative power of dark mages. Otherwise, Great maps I love, a good cast of heroes, and a solid plot that leaves me wanting more. Great work!

Alright, always good to see new hacks! Especially an initial release with such a large number of chapters!
For now, here’s my feedback on the Prologue through Chapter 2. I’m playing on Normal.

I’ll try to keep playing later, but I can’t make any promises.

Thank you for checking out the hack, and I appreciate your feedback.

Yes, I know Leah tends to have a difficult time Ch 1 through Ch 3 - especially if she does not level well. Leah actually gets her personal weapon at the beginning of Ch 5, but I can understand that being a bit late. I will play around with her beginning the game with a Rapier-like weapon to see how it affects the pacing.

Aww… Kathryn is more than a “heal bot.” Well, I at least like her.

Yes! There are some portraits that could use some touch ups - especially some of the bosses as I didn’t want to spend too much time with all the other work I am planning for this hack. I am eventually planning on going back and doing some portrait fixes. I do have my own personal backlog and priorities, but just keep in mind that creating a ROM hack is A LOT of work! I do work full time on this as my second job, so things will get done!

Thanks for the well constructed feedback, WaywardTroper. I cannot believe you breezed through the hack so quickly. You have some keen insight and look to be paying attention to some finer details. Actually, some of your points are very intertwined with the story.

I am planning on a long campaign for this ROM hack - it will be between 30 and 40 chapters. I am still trying to determine the best chapters to begin giving out promotion items - or whether I will switch to Master Seals.

Master seals simplifies promotion, and opens up extra rom space for additional items, so unless you intend on patching in an extension to open more space, I’d recommend them over class specific, plus it allows more flexibility with party composition.

I like the idea of balancing around bases, growths, and availability, but I see potential issues; for example I’m going to hazard a guess and say Joseph is a Sety archetype, and ultimately represents the interests of his nation while his brother tries to maintain the peace in their newly stabilized nation, as a result, he’ll be a psuedo-lord of sorts who rejoins the plot fairly early after the time skip. Compared to brett, who comes in with a sturdy base HP and Pow as well as the stronger fire magic, Joseph relies on growths and the high hit/crit of wind magic… but he gets a majority of a chapter alongside Miles to play catch up, can potentially get the energy ring to patch a potentially lower pow, and gets forsetti and S rank wind magic like Rexcalibur or Blizzard or Fimbulvetr to become a critting machine. So unless Brett gets a significant chunk of additional chapters to shine, he’ll be overshadowed. Admittedly, Brett has fire magic with its own checks to take advantage of… but then so does Lael (hence my suggestion)

I do like how you’ve balanced everything; it definitely skews towards challenging, especially with the reinforcement spawn mechanics, but I like how it gets me to react and adapt and better utilize under used weapons. I’m curious to see how you continue the balance from here, and how you’ll contrast Faith from say, a wyvern rider you recruit, or her rival/sister you run into in Ch 9

Caveat-ting of what Voni said, I think the issue Leah runs into is she is an Elrika by design, especially with her growths and bases, meaning its a bit of a coin-flip how good she is. I like the relatively early angelic robe to give her the extra HP she needs (although I would change that back to +7, but I digress). What would help her, potentially, is a buffed con to mitigate sword weight so she could compensate for a potentially lower Pow with the various iron blades and steel swords that drop. I could also see a prof weapon down the line to invert weapon triangle and with a 15 crit to help compensate as well. Maybe a gift between nations to strengthen peace negotiations?

My feedback on Chapters 3-5.

Thanks for the additional feedback.

Regarding Leah’s performance, I am providing her with a limited Rapier weapon to get her through the early parts of the game and increasing her Con. Majestra also has 50 uses, and will be reset after the time skip; When also considering the Hammerne staff, Leah can probably spam Majestra as much as she wants.

Gah! Balancing is very difficult when considering I have been the only person play testing. I have probably done 40+ playthroughs, and at this point, the game is very, very easy for me to complete. I will be of course doing changes the more I play.

Now this is interesting… I’ll keep this in mind as I play.

Something I forgot to add, some descriptions indicating which weapons are locked to certain classes (i.e. Fire/Thunder/Wind tomes, Knives) would be nice to have.

Now, my feedback on Chapters 6 and 7 and Prelude 1.

Woah, added to my list! Looking forward to giving it a go in the near future.

The Prelude is 3 chapters long, and even the chapter with the bandits relate back to the main story. I used the first chapter as a way to introduce new characters in a more light-hearted manner. If you thought the transition was jarring, do you have any suggestions to make it feel better?

Otherwise, I am sorry if the prelude ruined the experience for you. Maybe the hack isn’t for you.

Is this Prelude just there to give the player exposition, or is it like Boone explaining to Leah what happened before?