Scourge of Proxima has received some pretty major changes, most of the story that has been introduced earlier has been cut and changed, much of the gameplay remains the same however with new features and story integrated weaponry. It’s been kinda hectic and rough working on the hack with all the rewriting and motivation dying with the majority of the team lol, but we’re pressing on through to hopefully deliver something neat.

We are the Headband Gang.

I didn’t come up with the name, but hey, I wear it with pride!

…Hey, I made the mug for the boss of 1-1, so that counts for something, right?

Any progress is good progress!

Sorry it took us so long to get this out. Finals and real life got in the way for some of the team (including myself). We also probably spent a bit more time than we needed to bug fixing, but thanks to that I believe we’ve hammered out basically everything that we found dumb. Should be a good experience to play!
Book 2 will have smoother workflow since summer is coming around, so look forward to more updates from the team!

not that headband
this headband

Thanks for playing it!
Any constructive criticism would be very much appreciated, it’s alright if it doesn’t come right away.
Once agian, thanks for giving the hack a try! ^-^

wait what the fuck

That’s not even a headband it’s like a hairband ok?

THIS is a headband. 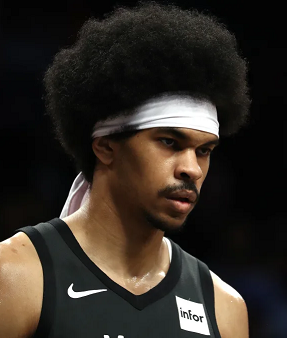 Changelog:
1.63.3 - Great amount of work done on the scripts and portraits, some music has been inserted in, and some of the gameplay has been redone. Note, the actual hack only goes up to 1-4x, if you see 2-1, you’re playing an incomplete chapter, and you should not continue any further

Hey, do I know you guys or something?

Nope. Nothing to see here. Run along now, friend! Maybe go check out… uh… Void’s Blitzarre Adventure 2? Or my own hack? (shameless plug)

Check out the Scourge of Proxima community on Discord - hang out with 26 other members and enjoy free voice and text chat.

People wanted a server for this hack, so someone on the team made one.
Have fun with that, I guess? Whatever.

Yes, the server icon is female winking Ulyaoth. Why? I have no idea.

Because everything Ulyaoth is good.

Hey, I didn’t make the server, I’m just advertising it. Ask… actually, who the hell made this server? Even I don’t know.

Just finished recording my run of the game. Overall, it’s a solid first draft! Looking forward to seeing where you take it.

Was hard mode tested? I played on normal and it felt pretty easy overall.

Videos should be up before the end of the month.