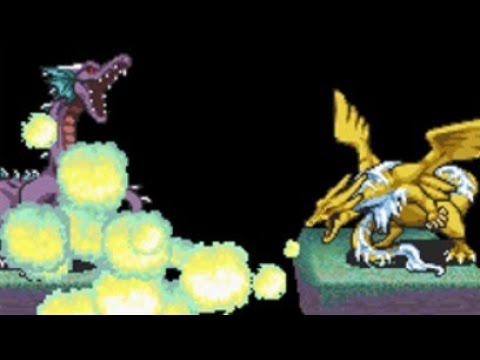 I made this based on the new dragon battle animation created by L95.
By the way, both FEditor and CSA are supported.

・Divine Haze= It breathes mist directly under the enemy and purifies the darkness with a holy haze.

・Soul Breath= The soul breath that envelops the area in darkness.

Also fixed an issue with the mouth frames on Elierk. You can replace the original since this isn’t really a change but a fix.

I guess if you ever wanted Halloween Anna in your hack… here she is!

Thought I’d go back and add talking/blinking/mini-mug frames to Gunnthra, should anyone be inclined to make use of her.

Heeeeyyyyy you thought no female (as usual) ? but not this time

yeah i did a female variant this time :

No, no, this won’t do!
Where are the lances?

Finally done. It took a bit longer than I had hoped due to the fact I had to make sure everything was good.

The amount of times I had to fix something due to a stray pixel was staggering. Here’s the sprite edit for the Female General I was working on (I called mine Marshal in my game but each to their own). I’ve tripled check everything and it works perfectly fine on all three games (Fe6,7,8), although I haven’t tested Triangle attack for it so use at your own risk.
All colors should also be fine for enemy, npc, etc. I included a little readme/png for the colors that should help anyone who hope to change the color inside the files.
Also included is an edited Female Marshal Map Sprite (both standing and moving) from the FE8 Patches, original from Marlon&Louis Fire Hacks
Nothing fancy, just the Marshal with the FHero’s hair.

A huge thanks to @ knabepicer for allowing me to use his General sword chain sprite. I also made some modification to his sprites so that it would flow together.
Also some credits to Redbean since I did use some of his sprites for parts in the edits (mostly Lyn’s legs

That’s all I really have to say. I’m going to take a break for a bit but I hope everyone will be able to enjoy this. Feel free to use it anyway you want, completely public domain. And if there is any problem (i.e stray pixels or mistakes) please do let me know so I can fix it.

*Edit: Hello all! Just a quick heads up I found some mistakes (several actually) and is deciding to fix them. Basically I found that a lot of colors are mixed with each other, plus some inconsistencies, that I’m hoping to patch up. Plus I noticed I made some mistake on the submission so I apologize for that as well. I’m leaving the download up but do note that I will reupload it when I’m finish. Thank you for your understanding.

Original unknown ,from the repo

Tried to fit in 16 color and make flames

the repo have quite amount, here is some of those

I made a staff motion of Hat Mage of RetroGamer.
[Mage-Reskin] [F] Hat by RetroGamer

I made a mage that uses staff.

I made a recolor of Rebecca’s color for FE7 with Leo_link’s Ranger.

This animation is difficult for palette10.
This color is also used around the sword and should be changed carefully. 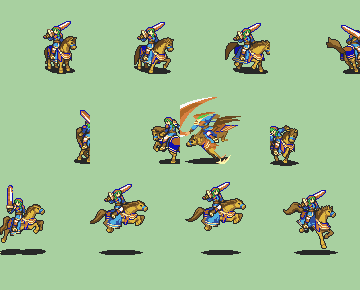 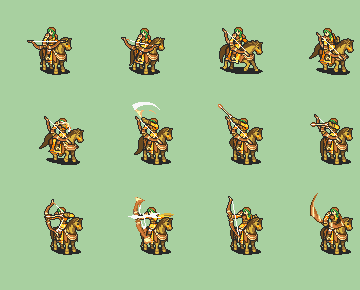 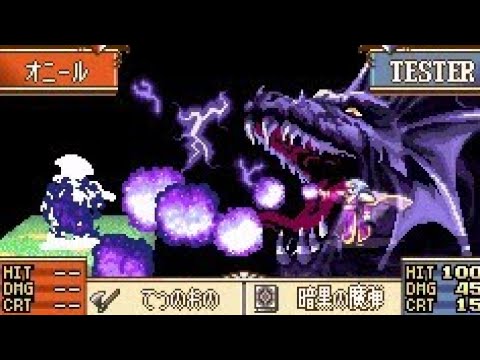 All the bugs and limitations of the previous version have been fixed, and it no longer freezes when ranged.
I also replaced the fog with a new one.

Feel free to use it in Hack Rom and other places, but do not edit it without my permission. This is because I used a fairly complicated procedure to create this animation and made some super fine adjustments.

※This only works in CSA, so the next step will be to make this animation and other rassless bosses (such as Duma) compatible with FEditor_Adv.

@Klokinator Beansy's Big Chungus Item Icon Collection (400+ icons)
I have added many more icons in my thing. I believe it is update time.

Gonna do some more edits and make a female Ephraim version before I share.

It is officially finished. Enjoy your new Manakete Lords!

Here’s my update to WAve’s charming FF2 town tileset that I’ve had sitting around too long as just a png. So I fixed that. Credit to WAve, he did all the hard stuff, I just added a bunch of useless things. 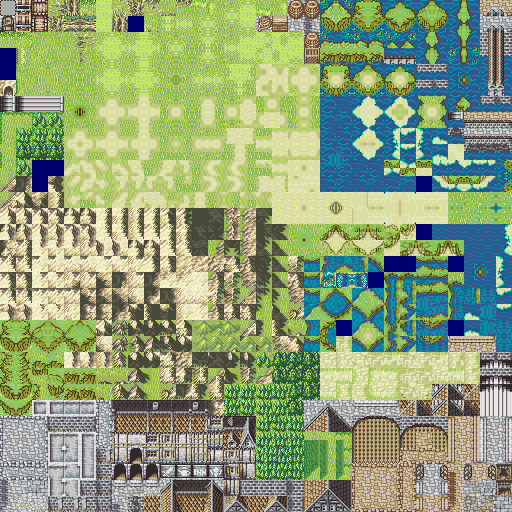 I’ve added another set of road tiles, more roof tiles (some were already buried in the object, some are custom), more stairs, sideways stairs, sideways doors, boat armory and vendor, some barrels and boxes, a bunch of tiles for making bridges, fixed chests and small bridges, my portcullis, and a breakable brick wall. I think that’s it.

Hmm. If you don’t dump with FEBuilder, it won’t work in the Github repo properly.

Also I checked just now and hard refreshed. You’re not using the right naming scheme or folder structure for the animations. You didn’t add a Credits file. You also didn’t dump with FEBuilder, but we know that.

It actually looks untouched from when I first looked at it. Is this the animation link?

Here’s some of my splice’s!

All free to use!

Tell me if you have any trouble’s with the portrait’s!

putting some of my FFVII stuff here as well, just for the sake of it.
however, there’s a chance that some of these might not be 100% compatible with GBA assets since i usually don’t mind the 16 colors limit, therefore they might need a rework in order to lower the amount of colors. anyway: 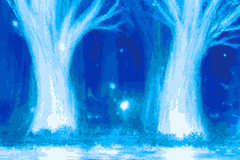 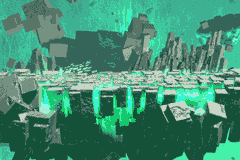 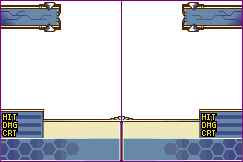 here, have a Terry:

…and why not, also an Aerith:

i actually forgot to put this guy here too. here’s an improved version of Noctis from FFXV:

meanwhile, have some more stuff:

@Klokinator sorry about the previous formats man, i literally missed the infos from the other post for the guidelines. will try to post my stuff in a more appropriate manner.
by the way, here’s 2B from Nier Automata:

i also tried to insert the artists( シロス, vovovov) in the .png file name, but apparently they don’t show up, no clue why.
in any case, i’ll keep posting my stuff both here and in my topic, just to keep my own collection going.

and here’s the 2B variant, for those who aren’t into blindfolds:

guess that’s all for now.
tomorrow i might post some stuff about Fate/stay night as well. stay tuned~

King Arthur(F) from the original FSN

( there’s also some more stuff in my own gallery that i’ll probably edit later on! )

here’s yet another thing for the other “blind character” topic. guess i’ll include two versions here because i feel generous:

same guy as above( duh! ), but no blindfold~

a wild Mordred from Fate/Apocrypha has appeared:

i could have made a full armored version with the helmet too, wich probably would have been a nice variant, but sadly it’s a pain in the ass to deal with because the helmet itself is huge, and the space available in the portrait box is waaaaay too limited to work with properly.
ah well, better than nothing i guess~

Tales of Arise is gonna be released soon.
meanwhile, have an Alphen:

Eyy, I made a thing. Letter replacements in a shape of items. 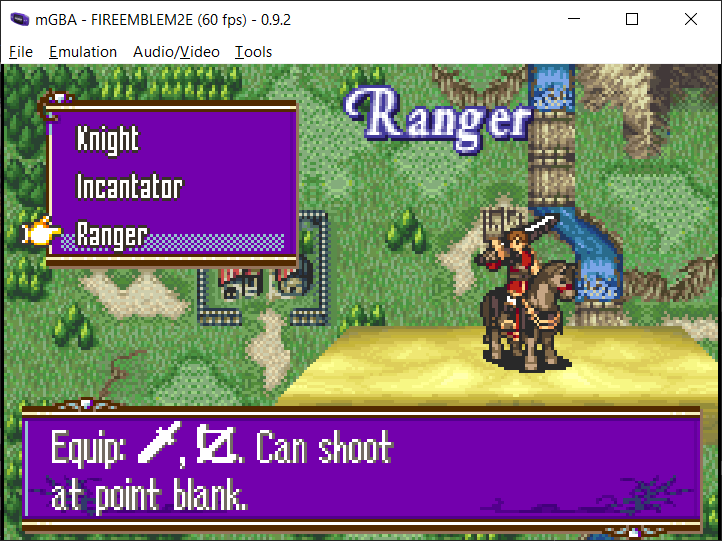 but more never hurt anyone.

Happy to have Jemmie’s summer variant thrown on the repo!

Some time ago I needed an Ephraim on horse without lance but couldn’t find any, so I created this very ugly one. I don’t know if it’s ok enough, but I tried to format the name according to the naming schema and added a pull request if that makes it easier for Klokinator. Please let me know if I managed to mess up anyway