(Note: Been hearing for years by many how bad Fates’ storyline is. This project isn’t to take from those who truly enjoy this game. This is clearly a fan based, fan directed, fan dedicated project that I myself will put work into as well. Like a lot of work. This isn’t to crap on those who enjoy things about Fates. This isn’t to shame those who do. This is a project I have been thinking about for a bit. If you wish to join the server and lend a hand or even just enjoy the fruits of the labor go ahead. No one is forcing you to. Also, not going to put down or shame those who have an opinion about this project. You may have and share your opinions as long as they aren’t trying to start problems. Enjoy this cringy advertisement and Fire Emblem in general. Have a good one!)

Hey there, you beautiful Dastards!

Have you ever said to yourself while playing Fire Emblem: Fates “Wow! This is a disaster!” (Trust me, we all did at some point.) Well you’re in luck, because I told myself that several times. Still clicked on Branch of Fate for like my umpteenth playthrough, but that’s because I’m a masochist that hates myself!

Sure, the gameplay mechanics are great … most of the time. But, everything else is trash!

Characters … Holy hell, Intsys! What were you thinking!

Here we have the noble Hoshidan Samurai, Ryoma! Regal Lobster man of Bushido Badassness! And, then we have Fury 3! You know, brown hair? Samurai Swords! Son kind of resents him. No, not Ryoma you know … that guy. Fury 3! What was his name again?

Or, how about Pink Ryoma with thighs? You know, the woman who blames a kidnapping victim for being kidnapped.

What about Harley Qu … Peri?

Crimson Chi … All Might? Okay, he’s a precious Cinnabon who protects another Cinnabon.

Camilla. Yeah, I can hear all the Heroes players groan at the mention of that name.

And, can we discuss why Flora turned herself into Sigurd 2.0? There literally was no point!

Well no more! Because me, my two trusty co-writers (Who I owe all of this to), and perhaps you are here to save the day and MFGAL. That’s right, we’re going to Make Fates Great At Last!

So, why are you still reading this possibly, indefinitely, cringy post for?! Jump on over to our dedicated Discord server where we will discuss and collaborate to work on:

Wow! This post was a shit show! Like I read back on this and I wonder “What was I thinking?” I am here with an Update on everything. This is no longer about rewriting Fates. But rather, making changes here and there to improve gameplay and make the lore more prominent. Whether it be making character palettes consistent throughout the game or even making the characters themselves feel like actual characters.

Fates isn’t that bad of a game. It has flaws. Tons of FE games had flaws and no one pushed to completely remake them. I want to in fact make this a passion project. To give the game everyone loves to hate a little TLC. Spruce her up. Make her look pretty. So, I will be spending time myself first implementing changes to certain bits of dialogue in the game. Whether it be having Ryoma and Xander acting like generals instead of ANGRY ONI CHAN’s during Chapter Six and even giving Peri back her First Person speaking habits. I am sorry for all who have went on to not only like this post but those who felt that I was attacking a certain sect of the fandom. I have matured and realized just how stupid I was going in and now I am going to improve myself as well as give this game a bit of love. Ask questions down below or even suggest little bits and pieces of changes you think would be cool and maybe I’ll implement them.

“Fixing” ignorable and wholly irrelevant details sure sounds like a good use of time.

That is your opinion and your right to have it. Won’t take that from you. Still, this is a project for those who truly share my feelings and want to flex that writing muscle to fix them. So, I’ll agree to disagree.

While I wholeheartedly agree that the writing in fates is hot garbage,

Sure, the gameplay mechanics are great … most of the time. But, everything else is trash!

There is no way you can praise the gameplay of fates and get away with it.

There is no way you can praise the gameplay of fates and get away with it.

I’d argue that this is the only thing that Fates got right, especially for Conquest. Although the story being written in service of creating these chapters was very dumb.

OP can you actually name the things you’re talking about rather than being deliberately vague?

Sure thing.
My first order of business is Birthright. I have a few gripes when it comes to the story there. Number one would be Flora’s death. I find it a bit unnecessary to kill the character off for the only reason to get a gasp out of the player base. Deaths should have a meaning and actually contribute to the growth of characters and in my opinion, I feel Flora’s death was just to get a huge gasp out of players.

Another would be several characters in Hoshido. I don’t think every character in a FE game should have a drive in the plot. That would be a bit ridiculous. But, I do feel there are a few characters in the game that are just a bland, simple, one note check mark on a trope list. I plan to look into each support, see what I don’t find would shape out a character, talk it over with members on my Discord as well as ask certain areas of Reddit about my ideas, and execute it.

Mikoto and Izana should have more of a drive in the plot. To me, at least.

My main goal, however, is to not make Hoshido seem like a holier than thou, can do no harm, entity. I’ve read and heard of many player accounts that say that Hoshido is pictured to be this force for good when they make mistakes just as much as Nohr. But, the game depicts them as the good guys. When, if the game is supposed to push the idea of Corrin’s choices, both sides should be depicted as gray. Because, many wars are that way IRL. Sure, some wars there is clearly a right and wrong side. But, I personally took Fates as the developers trying to push a game where there is no right or wrong. Only your choices and how they drive the story.

Sorry if there is too much or if some points make no sense. Hope I shown you just what I plan to do with the story so far. Once I make a few tweaks to Birthright, I plan to release the first patch for testing and feedback.

I’ll also be posting regularly of possible ideas for changes to characters/plot so many can add feedback and make the best I can make.

So Good Guy Garon, but for all the paths? 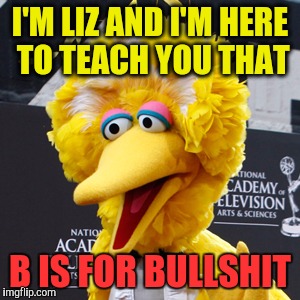 You guys sure are quick to judge a game that hasn’t even been released yet.

Okay, got my attention. Now to wait to see the progress of the mention changes implemented into this game.

Have I understood that correctly? Birthright has more than 1 good map now?