I figured I’d post this over here now that the demo is fully out in the wild (nothing different from the SF post though because I’m super lazy).

So here it is, Staff of Ages.

Nearly two millennia ago, humans came to exist in a dark world shrouded in mist. For a brief period of human history, all was well. This peace would soon be broken; dark creatures emerged from the Black Mists, running rampant and terrorizing humanity.Unable to combat the emerging threat, humans called upon the heavens in desperation, only to be returned with silence. The being that had placed them upon this earth would not respond to their cries of agony and humanity quickly learned they had been forsaken. With their backs to the walls and forces of darkness encroaching ever closer, the peoples took matters into their own hands. These desperate times drove humanity to desperate measures, steel weapons were forged from human dread and desperation. But these weapons were not enough, greater power was needed, more than a simple forge could produce. A commanding sage named Velhari turned to the arcane arts and through further tribulations, created a flaming staff of overwhelming power. With the weapon complete, all of humanity rallied together in a final offensive for survival; Velhari plunged the staff into the dirt. Light arced through the land, shining pillars bursting forth throughout the corners of earth and the fruits of man’s desperation rang true. The beasts from the dark turned to cinders and the Black Mists were sealed away, leaving a bright new world in humanity’s fingertips. The world would remember its heroine, Velhari, and named the continent in her honor. Her legendary weapon would be forever immortalized at the center of a great city and was dubbed: The Staff of Ages.
Free from the Black Mists oppression, the peoples of the new founded continent spread to its corners. The kingdom of Fortuita, located at the continent’s heart, tamed pegasi and rode into the skies. Arynden, a nation to the west, created a name for themselves by mastering steel and magic. To the East, the merchant nation of Riviere and its duchy, Persici, grew strong through trade, and between Fortuita and Persici, the tribal “nation” of Gahum formed. To the north, the isolationist nation of Toska rose. And to the south, explorers trekked through dangerous swamps to found Ezpatha.
As time marched on, the continent’s nations grew lax and careless. Countless years after humanity’s stuggle, the Aryndese King Oberon, began attacking Fortuitum villages under the guise of border disputes; these militant actions were the first to be seen in a millennia. In hopes of avoiding any sort of conflict, Fortuitan Queen Kalvesta drew back her nation. Never-the-less, Arynden continued its assaults, with the queen doing little to retaliate.
Now, the Fortuitan-Arynden border is a standstill…

Next release: Probably the first half of act 2 for GBA version parity.

All constructive feedback is welcome!

42 Likes
The Fire Emblem Fangame Directory [Please add your own hacks!]
Fake FEH Banner with Hack Characters
The Impact of FEBuilder
Denizens of FEU, why do you hack?
MCProductions September 27, 2015, 2:20am #2

Sweet, I enjoyed the build you had me playtest, and will be following this project.

Glad you liked it!

I’m debating if I want to put out updates every time a chapter is done or in larger chunks (for FEU anyway), advantages are present for both, but I dunno.

larger chunks for everyone yo

That’ll be the plan then.

you know. I’ve been talking with @Agro about content. A lot of people lately have been opting to got the Requiem rout and just release really significant amounts of chapters at once.

I think after we finish up the first arc, which is just Belle’s story, that’ll be the plan.

Especially considering my free time is super limited nowadays and all that.

I suck at updating things.

Basically uni is a larger time commitment this year than I thought it was going to be so work on this is going very, very slowly until I get a chance to just sit and work on this.

To give you an idea, the prologue is done, and chapter 1 is like 60% done (eventwise).

Mugs are slowly being recolored for FE8, 10/22 are done so far, rest should be done soonish.

Sorry to disappoint anyone who was waiting on this to be done. If there was anyone even waiting on it to happen anyway. 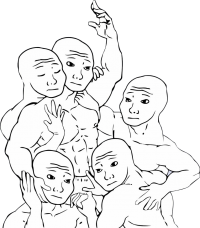 Godspeed, dude. Get things made when you’re ready; we’ll still be around.

Thanks, I think chapter 1 should be redone on Friday after my midterms are out of the way. (Not that that means a whole lot since that won’t have a release, just setting a personal deadline) 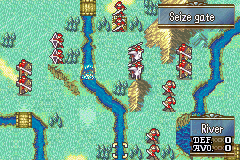 At least the chapter loads this time, right?

[Chapter objective not changed yet]

So assuming I figure out all the issues I’ve been having (and maybe if I’m luck get rid of damned world map), we should be all set up and ready for a demo re-release before my classes start again.

Provided I don’t get distracted by KOTOR 2 and Dark Souls 2. Which will probably happen.

But I have to finish the light side playthrough

And git gud at dark souls

(Atton and Bao-dur are the original gangsters)

They do if you’re using Tiled iırc.

They fucking better otherwise everything I’ve done so far has been for not.

Bao-Dur gives me the creeps though

implying I understand how tiled works

Does the filename end in .tmx? If so, you’re not screwed.

Does the filename end in .fmp or .mar? If so, you’re… still not screwed; just open it using Mappyeti and save it as a .tmx. Then go find MarkyJoe’s Tiled tutorial and learn how2tilechanges in it.