Patch Download
Youtube playlist with differently-randomized playthroughs
Originally, I just made this as a testing grounds for the 4th Allegiance Hack. But I felt like taking a few extra steps to make this functional so that other people could have a simple example of the capabilities of said hack, after it was completed.

When you start a game, you’ll be provided with 5 options of weapon types. After you pick one, you’ll get a unit of a randomized class that can use the selected weapon type. 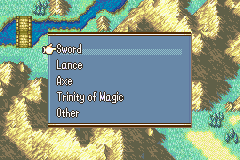 You’ll then be provided the “Battle Royale” and “Team Battle” options, and you will go to the selected chapter. Both maps are the same, featuring 8 starting rooms, arranged in a tournament-like pattern. 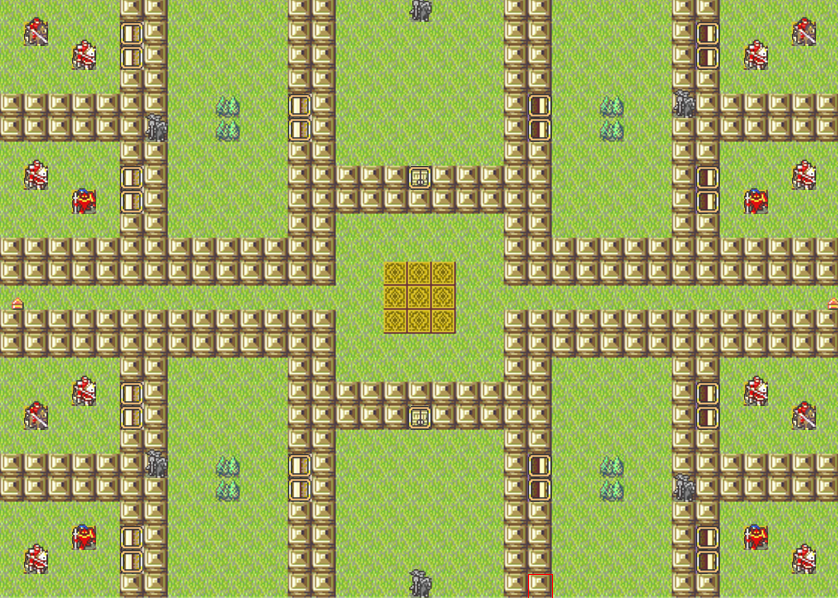 image838×598 157 KB
Controlling your one unit from the prologue, you’ll go against 15 red units, who will also attack each other, in a series of 1vs1 matches. There are also 6 purple healers in the map, they can heal any unit, can’t be attacked, and will attempt to escape the map when the middle room is opened. The map ends when only 1 among the blue and red units remain. 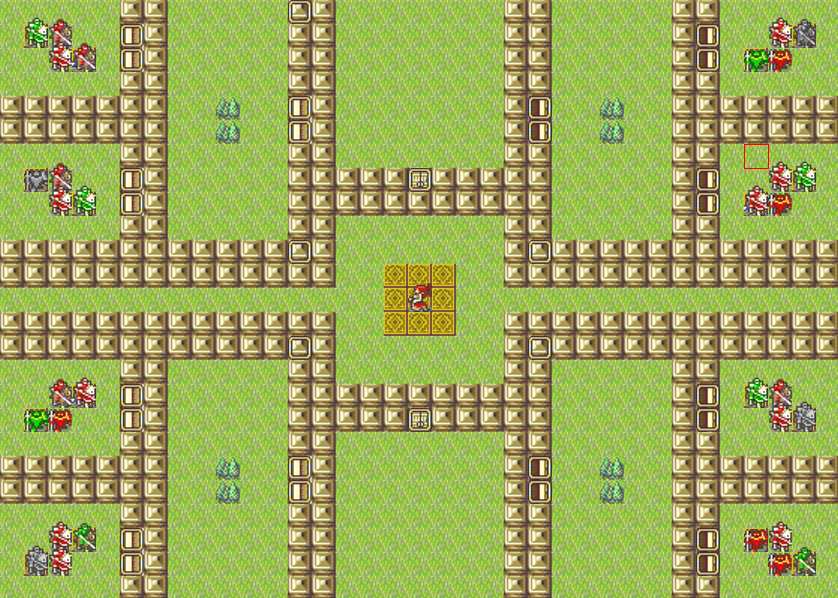 image838×598 187 KB
Blue, green and purple units are allied against the red team. You will receive 4 new randomized units, and every initial room will have 2vs2 battles. There is also a final boss in the middle. The map ends when all red units are defeated.

A few other changes include class stat changes and magic being locked to 2 range. There’s a lot of randomizing here, but I did try to make it a bit balanced anyway.

Why are we constantly getting closer to Fire Royale:Ultimate battle Emblem-swag edition?

For some reason, I’m updating this.

-Fixed an eventing mistake that made it so the Battle Royale ended when 1 enemy was left (this was supposed to happen only if the player unit was already killed)
-Unlocking doors now give the unlocker an elixir and makes the AI want to use it the next turn, if they aren’t already at full HP.
-Unlocking doors might make the troubadours move closer to the unlocker the following turn.
-Some classes got their stats changed to be more balanced.
-Fixed the objective display, now they’re both rout.

I also made a Youtube playlist showing different playthroughs and results of the randomization and linked it in the first post. (Already recorded the videos, but at the time of this post they’re not done uploading yet.)