You may not know me, but I am Selk!
I’m starting my own hack, and well, I just thought it’d be super fun to do with some friends!
It’s still fairly new, only up to chapter 8, but I think it’s fun and I hope you do too!
Also note, I know the first 5 chapters (so all of it right now lmao) might seem bland characterwise, and that’s on purpose! It gets more fun ch 5 onwards =3

if i miss any credits or there’s something wrong with my post, tell me! This is my first ever real post here, hehe
(also note, I’m not good at eventing, so there may be some bugs in the events -w-)

I also made a discord server! check it out!

Check out the Nations of Conquest server wooooo community on Discord - hang out with 15 other members and enjoy free voice and text chat.

if this is conquest where is camilla fire emblem ??

I played the demo and gave you my thoughts on discord, but I had fun. Promising hack, gets the Krash Seal of Approval. 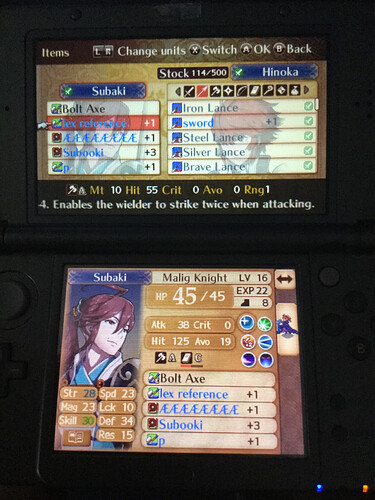 I don’t know who you are, but you have a robo-ky pfp so I’m inclined to trust you

I know who you are, and you terrify me sometimes, so I’m inclined to follow your orders out of fear for my life.

this hack isnt dead btw, i’ve just been working on it for a while lol
one more chapter and i’ll update the patch!

Was looking for something chill to play, I had good fun with the current build.
Certainly lived up to its title, there were nations that were conquered.

not gonna lie this is me when nations are being conquered

Thanks for the feedback!Preformatted text
For the text spiel in the beginning, I’m just kinda waiting until I get the mspaint standin map thing done so that way it looks less awkward, and i personally think its fineish for now, but I’ll definitely edit it later to make it short and sweet lol

The stat screen issue I havent actually heard a complaint about before, but I’ll definitely keep in mind. Idk if it could just be the skillsys colors or the screen itself, but ill look into it

Nerfing the bulky guy’s def is honestly a good idea, but I do think the player at least needs a few bulky guys considering how squishy the rest of the army is lol

Some of the map bugs is just a visual thing, I’ll talk to sal about it lol

Sorry if the formattin js weird or I didn’t cover everything, I’m on mobile and my hands are freezing lmao

But thank you for your feedback! Next update will be out at least this month! (At least intended to be lol)

sorry the patch isnt out yet, took longer then I would’ve liked lol
good news is, eventing for ch 8 is almost done, so once the portraits are finished and i finish updating credits, it’ll be out!