DISCLAIMER: This hack is discontinued until further notice. There’s no guarantee of any more updates, but it’s about 90% done, I’d say. If anyone wants to pick up the slack and complete what is there, message me and let me know. I give my full blessing to whoever wants to, just give me the finished patch and I’ll upload it here. 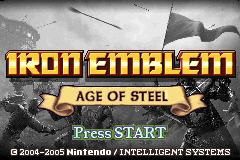 After a few months of work, I’d like to publicly unveil my hack Iron Emblem: Age of Steel. It is a successor to my hack I released last year, Iron Emblem. If you don’t know anything about Iron Emblem, I’ll explain.

Iron Emblem: Age of Steel is a game that is designed around the true ironman playstyle; that is, never resetting a chapter, and the save file being lost once a game over happens. Every single unit in the game is a generic unit, with very little to distinguish them as individuals, being mostly identical to enemy units. This game’s framework regarding stats in particular was heavily inspired by FE: Fates. However, there are no skills in this game.

This game will contain 22 chapters, with a 7 chapter route split to encourage replayability. The challenge this time is to make it through the entire game without losing, and perhaps going for another run, changing up promotions and the route you take.

Playing the original Iron Emblem is in no way required to play this game or understand its story as it’s a very barebones experience with no prior knowledge necessary, so don’t let that dissuade you. However, the game is meant to appeal to the same sensibilities, so if you didn’t like the first game, not much will change here. I’ve also put in a few extremely minor nods to the first game, but don’t worry about those. 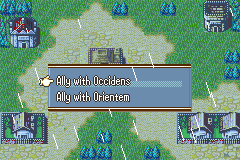 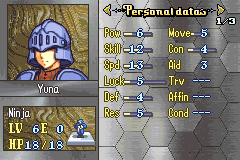 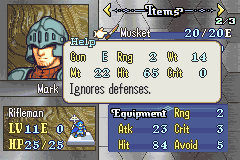 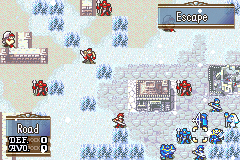 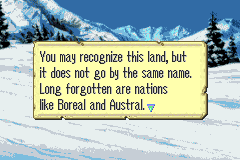 If it’s fates inspired then wouldn’t it be the age of bronze?

Super hyped to play this bad boy! Thanks for making another Ironman hack!!

So this is iron emblem fates edition? Count me in

Sounds cool, I really liked Iron Emblem and this sounds like an even more ambitious project.

I wanted to make a small update since I didn’t think I’d make so much progress in such little time, but with the way things are going, looks like the game will be releasing in 2022. Don’t want to jinx it, but this is a pretty large timeframe to get things done in. More details to come in a few weeks, probably.

Another update, I’m going to set the release date at sometime in December. Might be before that, but don’t expect anything. The game is definitely pretty close to being done, though. Just some other obligations to fulfill and such.

Unfortunately this isn’t a happy announcement, but I’ve decided to shelve development of the project. What’s done is publicly available, and I’ve posted the link in the OP. It’s about 90% done but there’s a lot of little things missing, including the ironman forcing asm and the last 2 chapters on either route, as well as a lot of text. Hope this satisfies anyone waiting for the game, and apologies to all who were looking forward to it. I might come back some day in the far future and finish it up, but for the foreseeable future the project is cancelled.

Kind of a bummer, but if you’re looking for projects to play, check out everything that was just featured in FEE3!