Hello there everyone, I made a hack. It mostly started as a test of self to commit to finishing something and I felt like doing it in hack form. Somehow I was able to knot together a story of sorts which seems to be a conventional plot in vanilla FEs but I suppose making this took priority. I plan on making it look better but I just felt focused on getting it out. Anywho, let’s get into it.

Story: The main character, Prince Gerald of one of the continent’s superpowers, Gilgam, was on a vigilante duty with some knights assigned to him. One day, an invasion from the other superpower, Attika, changed how his daily life worked… (The rest of the story so far is too spoilery imo) 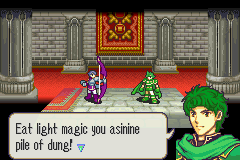 Things to hopefully come in the future:
Not a lot if anything. I feel like I accomplished all I wanted to with this hack.

Download (Has Normal Mode, Hard Mode, 0% Growths for both modes, a changelog, a credits along a special thanks.)

Congrats on the release! Looking forward to trying this out.

Looks interesting, I’ll certainly give it a try.

Congrats on getting a hack out!

The first 10 chapters were definitely very fun. having the player nits be green AND a light magic wielding hero as well was pretty cool. can’t wait to see what’ll happen next since there is apparently a route split next after gerald’s promotion to great lord.

Burdened Crown Thoughts
Played through the demo and enjoyed it! My review is hidden below, it’s quite a wall of text so be prepared.

Thanks for the feedback, and I am glad you enjoyed it! I suppose I should respond to as many points of criticism as I can, because that ultimately improves the hack imo. Please note that the changes will be incorporated in a patch in the future.

Well I have gone through to fix whatever issues I found as well as some feedback. I also added 2 chapters, one for each route. There have been quite a few changes since the last patch but I didn’t want to be spoilery so I added the general changes in a changelog. The patch, changelog, and credits will be added to the OP.

I dont know how i missed this release. I really need to check the forums more often. Regardless looking forward to trying this out soon

I am happy to announce that there I have made and update and now it’s available. War Monks make their debut in this hack among other changes. Story progressed a ways and some fixes for older chapters. I have also updated the OP if anyone wants to get it from there.

It has been a long month for me with final exams and what not, but at long last I have made an update. Once again, the update did not add anything major, but progress is progress. I also updated the OP if anyone wants to get it from there.

why do some units have max level 15 while others 20 and raeburn 30?

Are you using an older save? I can’t do a diagnosis if I don’t understand the situation. Screenshots would also help me know what is going on. 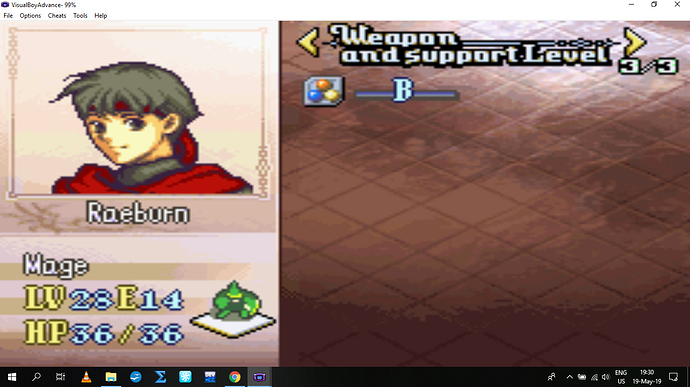 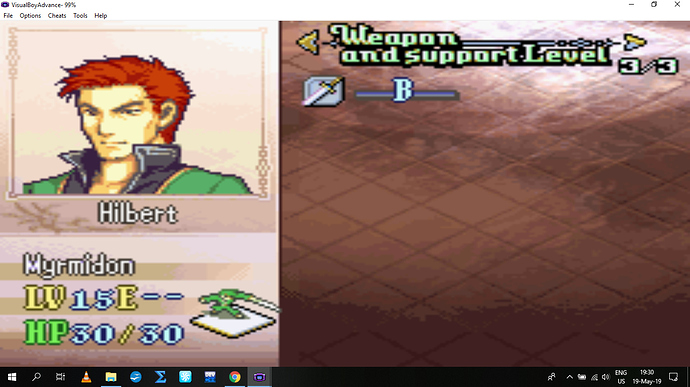 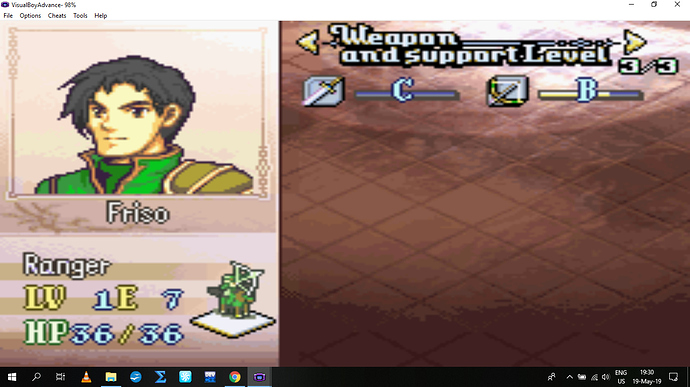 That may be the problem. I lowered the max level to 15 and that may be the result of your complications. Perhaps your Raeburn was above level 15 and the game made his max level at 30 because it is 15 * 2.

I know it may be a pain for you but it may be best to start your progress from the beginning or promote Raeburn.

I know it’s like 4:35 AM where I am but I have finished making another update, this time arc 2 has been finished, story and all! Some glitches and inconsistencies have been fixed and maps have had some rebalance. I’ll add the link to the OP if anyone wants to get the hack from there.
Download
Changelog

where are the secret shops?

Just picked up this hack today and blazing through it was pretty fun. (Got to chapter 6)
Though there are some issues with it. Balancing problems to be more specific. Either way I’ll have a review set up after I play a few more chapters.

Summary:
I basically soloed the game after giving the main lord all of the early game stat boosters. I went the 2k route and finished the game fairly quickly. I felt that I wasn’t really challenged in anyway, though I did have a pretty fun time playing the hack. The maps really need a revamp in terms of tile placement and looks, since most maps have a bunch of fairly open areas with not much tile variation. Having a bunch of chapters is very good though since most of your efforts have to go into fixing existing material rather than making new stuff considering that the story so far ended in a decent spot.

Thanks for the feedback, I needed some ideas on fixing existing maps and balancing issues. While I will try to be better in terrain placement and balancing, the growths coming up on the stat screen seems to be an issue with the growth display hack.