[FE8] Fire Emblem: TMGC (Complete up to the start of Chapter 15)

It’s been a while. Time for something new. Something very new, indeed.

Ulmaron. A world of constant change. Of mystical researchers. Of fierce warriors. Of fallen kings. Of undying darkness.

A young noble, seeking to prove herself. Her path will place her at the center of a conflict that may very well decide the future of the continent.

Before you ask “why TMGC?”, I’ll just say that I needed to call this something, and the words behind the acronym TMGC just popped into my mind. (definitely won’t pull a Project Triangle Strategy and keep the placeholder title)

As this hack is still relatively early in development and constantly changing, I probably won’t constantly update the patch here - rather, you’ll be able to get nightly-ish releases in the Discord server. Additionally, you can always clone the repo and build the patch yourself.

Join the Discord server to download the latest nightly release and talk with other players! (That’s also where I’m by far the most active if you have feedback or questions.)

Check out the Github here! (If you’re interested in the technical side of things, this is for you.)

Featuring:
-A campaign with 30 planned main chapters, as well as 8 chapters involving 2 side parties! [Current progress: Prologue-Ch.14, Z1-Z3 finished, Ch.15+ in dev]
-A whole bunch of interlude chapters featuring Mokha’s FreeMovement Rework - a nice spin on the typical battle-preps chapter.
-A more tightly designed iteration of Code of the Burger King’s stat and weapon design.
-Tellius-style base conversations and redone supports, courtesy of Snek - all supports now provide personalized bonuses.
-Proc skills implemented as 3H-style Combat Arts. (look it was a cooler bullet point back before FEB Skillsys was updated)
-A sprawling soundtrack featuring both F2U and custom music!
-Lots of wacky items and weapons! (including a slew of staves from Teraspark’s staff rework)
-Much more!

NOTE: This hack is still very WIP. Lots of assets, text, and other elements are subject to change. Additionally, all testing has been done with mGBA - keep that in mind if you use some brand of VBA and things break. 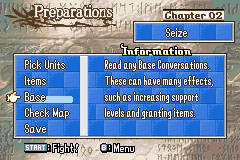 In addition to Normal, Hard, and Lunatic difficulties, there are also various growth options and a reverse mode toggle - may God’s love be with you if you try them. 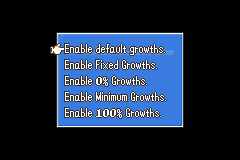 Asset credits listed throughout the Github - if I forgot anyone, let me know! (once this thing is more done i’ll formally put together credits in one place)

Special thanks to everyone in FEUcord who has to put up with me in #buildfile_help, as well as everyone in my server - you guys are pretty swell.

Now the abomination that is the Jeff portrait can be seen…

I can’t believe you would use the Project naming scheme…

Remind me how many milkmen go comedy again?

For no reason whatsoever, absolutely no reason, I really like the two portraits in that first screenshot.

For no reason in particular I really like this Apollo guy, really neat unit.

Normally, I probably won’t update the patch here super often (that’s what the server is for), but there’s a few pretty important changes that I made which’re maybe worth updating for - skill learn levels are now viewable on the statscreen instead of being tucked away in the guide, thievish units now have innate locktouch instead of needing picks, and a few other little things have been altered.

I from prologue to 10 on lunatic difficult, thought it was overall pretty great and I enjoyed a lot of the features that the buildfile format enabled.

As usual, hope for more updates in the feature.

Impressive game so far! I love the customization the game gives you at the start, saves you a lot of time of downloading a separate patch, the story is interesting, but I do wonder what that big tower is gonna be used for…
Base conversations? Now that’s new! However I think that underrated character Cassius needs some more conversations don’t you think?
I like various of the map’s mechanics! Like lighting up torches in order to clear the fog
I can’t wait for the future of this hack!

Reaally good hack, so good in fact that I might also not have particular reasons to like a screenshot provided in this hack.

It’s been a bit. Time for a new release!

This update covers up to the start of Chapter 15 (Chapter 15 itself is not finished, just to clarify). Obviously, since the previous version went up to Chapter 10, there’s 9 new maps. I swear, that math works out.

Link to the new patch! (don’t worry it’s the same link as in the main post)

Featuring:
-Old friends with new faces! (special thanks to everyone in the server who mugs) 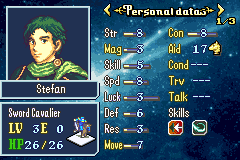 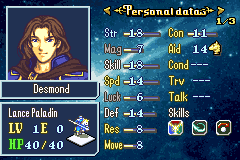 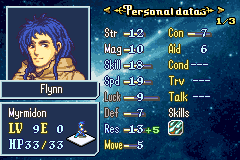 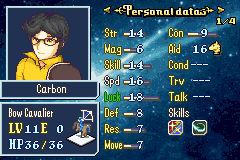 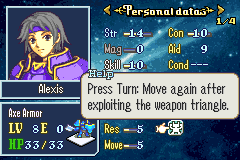 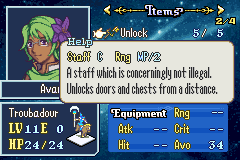 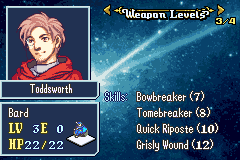 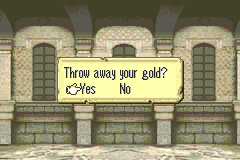 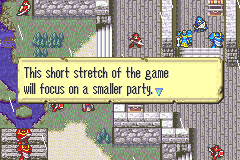 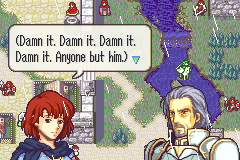 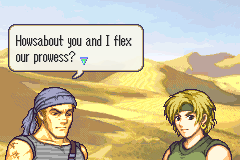 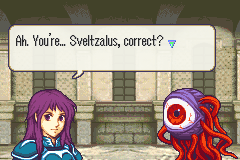 sometimes i truly frighten myself 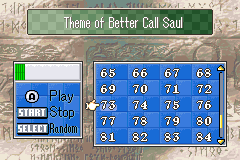