It has not been too long since the last development update, but I’d like to mention a few issues in the game that will be fixed in the next update.

First off, hard mode will be available fully tested, and it will probably be the recommended/standard difficulty. Some people have mentioned that the game is easy and/or not challenging enough, and I honestly agree. If you’ve felt the same way, you’ll probably enjoy the experience that the new and balanced hard mode has to offer. Additionally, easy mode will be made available as well.

Second, Sidequest requirements will be overhauled. In the current version, it’s quite easy to end up in a situation where it becomes impossible to unlock any more sidequests (since you have to beat the previous sidequest before beating the main story chapter that’ll unlock the next sidequest). In the new version, sidequests will be unlocked on the world map automatically after beating the appropriate story chapter, but you will have to meet requirements before being able to start a sidequest. This means that you’ll be able to tackle the sidequests at your own pace, rather than being on a constant time limit of sorts.

Third and finally, there’ll be more vulneraries and gold made available to the player. The former will be especially useful in hard mode, and the latter was a necessary change since you currently can’t really get any cash before Chapter 4 unless you do the sidequest.

I haven’t had much time to work on the hack recently as two critical exams of mine are coming up; I’ll try to get the update out as quickly as possible once that’s over.

And hey, why not; here’s the map for the third sidequest that will be in the new version. 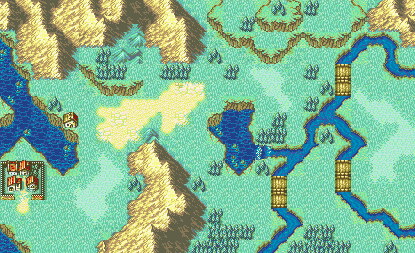 And as usual, I’ve been making some more music. The FE8 NIMAP is really something else!

That’s all for today. Cheers!

Development Update! I’ve been fixing quite a lot of problems recently. For instance, I only now noticed how unfitting the NPC/Enemy Phase Music of Chapter 7 is or how the player phase theme doesn’t loop properly - I assume I was playtesting this chapter with music turned off for some reason. Additionally, there still are some instances where Ali Efe is being referred to as “Mehmet”, which was his placeholder name during development. I am also doing slight overhauls on the overall skill distribution as well as promotions - more on that soon. 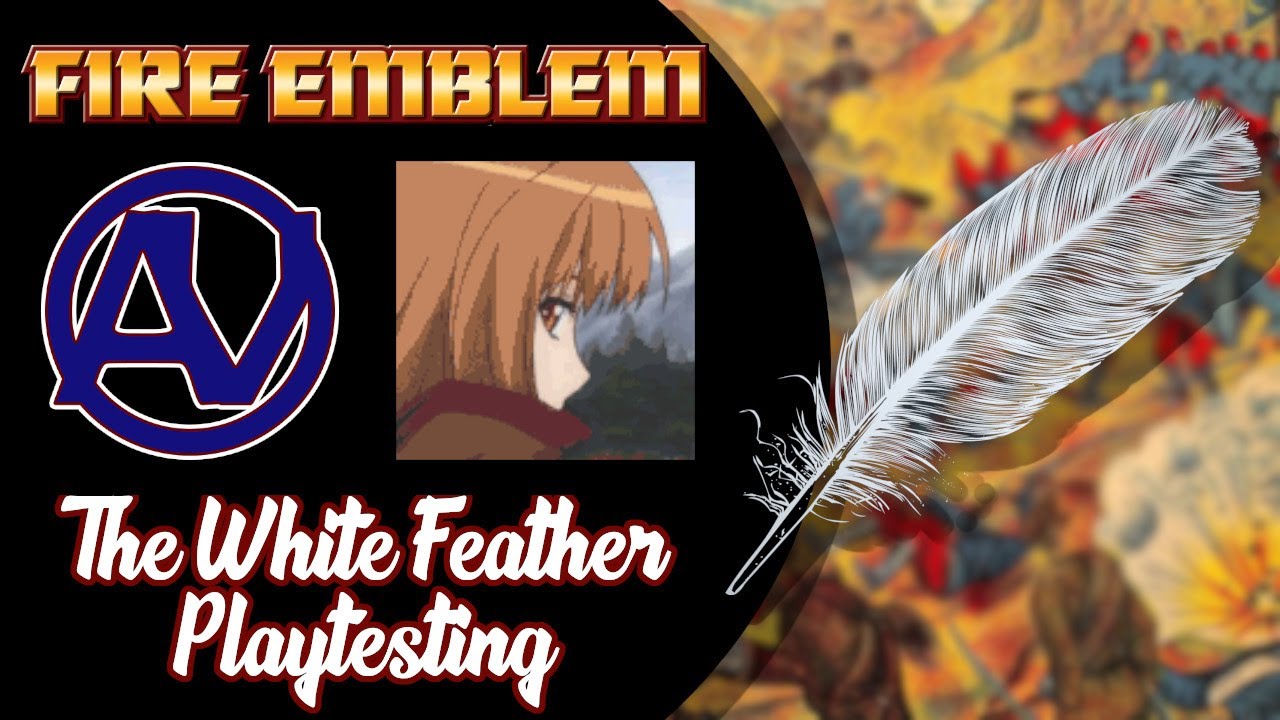 A while back, The Averagest reached out to me letting me know that he and his friend Epholo would like to play TWF on stream. I agreed and also provided a special, currently unreleased version of the game which contains many of the fixes and improvements that will be in the next update. There’s quite a decent amount of changes, so you might want to check out the stream if you’re interested.
Massive thanks to Averagest and Epholo for showcasing the hack. Cheers!

P.S.: An update containing the changes from the version from the stream will be released in a couple of days.

v.2.2 - The Fix & Improvement Update is out.
This update includes all of the fixes, changes and improvements that were planned to be in Version 0.3. I did this because there are some quite important fixes here and I did not want to wait until I completed the new chapters to release them.

Download link is in the thread as usual. And also here.

Planning to complete the new chapters once my exams and other schoolwork is done within a couple of weeks. Until then, I hope you guys enjoy the game.
Cheers!

TL;DR: Play this hack, there are some details that could be polished but otherwise one of the best opening parts of hack ive played and you will not be disappointed.

So as an initial review (we havent finished what is there yet so things may change), the only real concern i have is with the low growth rates. yes the Thracia scrolls are there to offset that but i can see it becoming an issue, but this is a pretty minor thing.

The amount of work that went into ensuring a sense of historical accuracy is really really nice, which i think more hacks should do, and the brief descriptions in the guide are a really nice touch. as far as map design, Epholo and I didnt really have a lot of complaints except for (i think) chapter 4 with the nearly invincible axe unit on the fort and the random pirate that showed up and literally couldnt do anything. aesthetically, having your “Jagen” be the spartan class doesnt make a whole lot of sense with the theme, its understandable why and it might get cleared up in the future, but it seems like an odd choice.

Personally, i would like Zehra beefed up a little in HP so she doesnt die in one hit but these are all minor things that dont necessarily effect my opinion on the hack at all. Also, why are units (especially the Lord that is supposed to be a Lieutenant), starting off with E Rank weapons? Its not just in this but a trend ive been seeing lately in hacks

This hack is a lot of fun and gets really deep and serious at times with some funnier moments. It might seem like i have a lot of negative things to say but that is because this hack is so well made, its really hard to find actual flaws instead of just some nitty gritty details that could do with some minor polishing.

So as an update to the last post, we did end up finishing through chapter 7, including the gaidens.

There is one major issue with chapter 7 though and that is the mage that can kill the green unit. i understand needing to make you hurry over to them but having the green unit die, which is a game over condition, in 3 turns when the only way you can get there in time is by maxing the movement of your fliers, is a big swing and a miss as far as gameplay goes

everything else from the characters, to the story, and the rest of the gameplay is absolutely fantastic. just that one mage either needs to be moved back to where there is a sense of urgency but doesnt force players to max movement on flyers (which could technically all be dead and soft locking them), or deleted entirely.

Thanks for finishing the game and for the specific feedback! I’ve just pushed out a hotfix toning down the mage in question (along with a couple other small fixes.)
Cheers!

Development update!
Many people have mentioned that the game goes on quite some time without a healer being made available to the player.
Due to this, I’m happy to introduce…

This guy! Rüştü, a priest who will be joining your ranks at the start of Chapter 1.
Despite being a priest, he’s quite the wacky guy. He also likes making
fun of the British.

I also received the British Seal of Approval™ that allows me to write characters that make fun of Britain.
Thanks Zaim. xd
Jokes aside, if anyone is ever offended by the stuff Rüştü says, I’ll gladly tone it down. I personally think I kept it within boundaries though.

(I won’t be making this style of “character announcements” often - I only plan to do it when adding characters to already released chapters. lol) 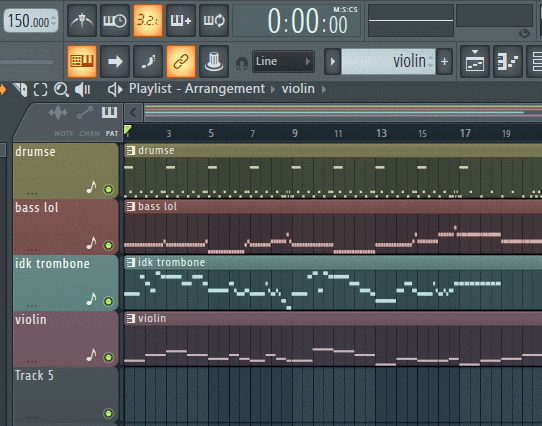 And I’m writing some supports too. Why not? 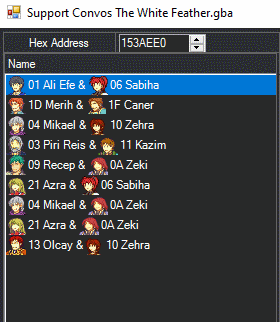 Version 0.3 is (finally) here! We’ve got three brand new chapters along with a plethora of improvements! 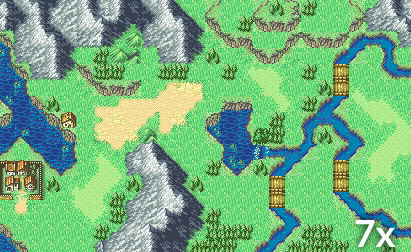 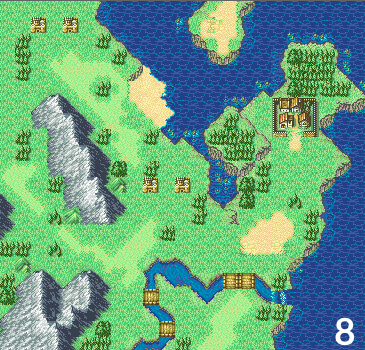 Balancing. Orhan has been signifcantly buffed. His PRF now gives him +1 Movement! 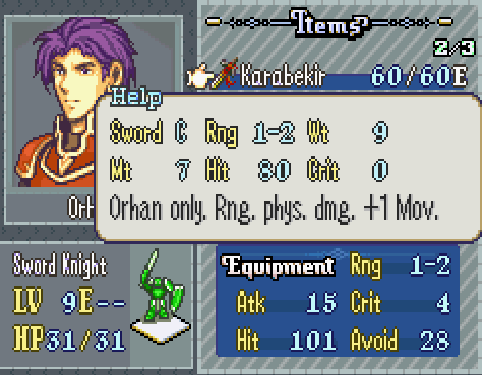 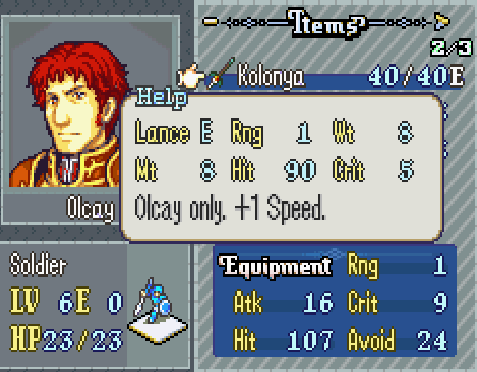 Improved flows in chapters. Chapter 7 now has a snag which makes it significantly more bearable, and a village in the top right corner. You won’t want to miss the item there! 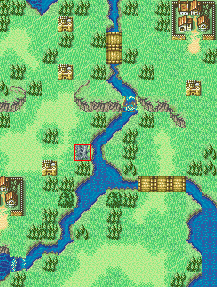 New Culinary section in the Guide! Totally not inspired by Vision Quest, the Guide now contains short blurbs on traditional Turkish dishes, some of which is mentioned in the game dialogue itself. 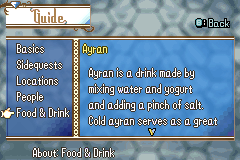 I’ve also created an anonymus survey which you can use to give feedback… anonymously.
A promotion guide is included in the download link as well.

WOW what a great idea @PentV! I was looking for some new hacks at the home page and got here but man, no regrets! A hack history based and with a World Map got me, but when I saw the maps further down in the thread oh boy, I want to play it right away!

Greetings. Over the last couple days, I’ve “secretly” pushed out multiple bugfix updates. I do not feel the need to make a separate post for each bugfix patch, mainly because I do not want to bump this thread into oblivion. However, I’ve released around four or five of these patches so far, so I’d like to make this post as a clarification;

Version 0.4 is here! This update adds a new chapter and an array of changes!

Download link is in the thread as always… or just here.

What a surprise this is, you don’t get title screens this great often, and the world map is custom too, this definitely is unique graphically

also, no that is a red feather

this definitely is unique graphically

also, no that is a red feather

Alright, development update.
First off, Eid Mubarak to all my fellow muslims. Next update is a ways off as I have other slightly more important things to do, as well as some less important distractions. (Euro 2021, anyone?)
Since the next update will include chapters that mark the start of the second half of the game, I’ll have to refine the script a bit before making anything public. Apart from that, my goals are to improve presentation mainly in the sound department through new sound effects as well new original music for the earlier chapters. TWF will be at FEE3 2021, I am also working on a nice trailer for that on the side.

he’s quite the wacky guy. He also likes making
fun of the British.

4 Months without a dev update. Damn.

The White Feather will be at FEE3. I’ve already made a short trailer that outlines the highlights of the game and also briefly touches on just some of the new features coming in the next update. Said update will release hand-in-hand with the trailer drop, at some point in October. Or November.

Said update will bring, among MANY other things, something that has been long overdue… 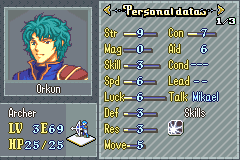 Default stat screen colours. Sorry if that was anticlimactic.

Also included will be an overhaul of the prologue, featuring a completely new map. There will be a few improvements in the sound department, be it the UI sounds or just the music. In addition, I’m hard at work rewriting a lot of text to shorten them. You don’t need 30 lines of dialogue to convey just one message, do you? Also, more boss variety. No more 5 Javelin bosses in a row.

The FEE3 trailer is out, and so is the corresponding update… Give it a watch here:

With that said, Fire Emblem: The White Feather Version 0.5 is out now! Keep reading to find out about all the new stuff.

2 Hot New Chapters: Efe steps onto forreign territory and is met with harsh resistance as he makes his way across the Island of Samos. 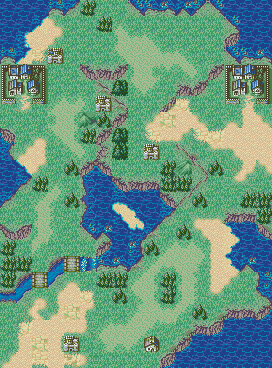 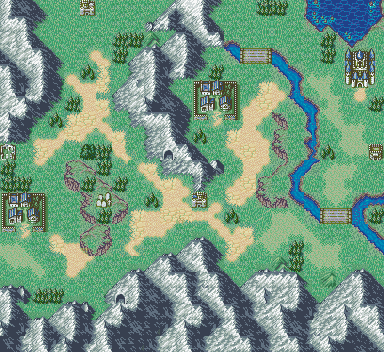 Furthermore, the Prologue has been overhauled featuring a brand new map! 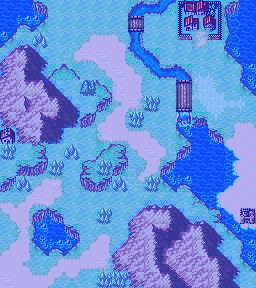 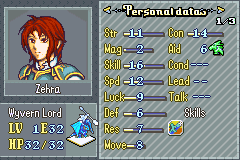 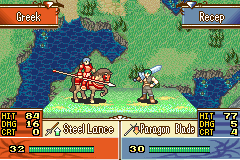 A lot of other gameplay improvements and bugfixes - click below for more info.

Download here… or using the link in the thread as always.

Let’s us Greeks and Turks try to get along now