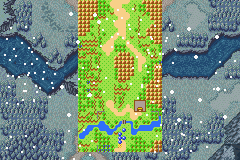 That’s a big map right there.

For personal reasons I will not be participating in this year’s FEE3. This also means the FEE3 build will come when it is ready, which is likely well after the event. Seems last minute, but I’ve been thinking about it for a while. Apologies for the inconvenience.

No worries! We look forward to its release and your updates! Project looks sick and please take it easy as well

I’ve been very on and off working on the hack (with productivity only going back up these past few weeks tbh) and a lot of time has passed since I last updated, so it’s hard for me to keep track of what’s changed since then. Frankly a lot of it are miscellaneous graphics stuff and general polish - check out the new title screen tho 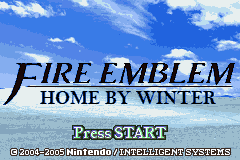 To the surprise of nobody ever, it turns out that giving out a ton of brave slims early on in the game led to a ton of free ORKOs. I enjoy strong offensive options but even this was too much for me, so I dialed back a lot on slim weapon availability in the earlygame, with the plan making them more readily available in the midgame. ORKOs are definitely not out of the question, especially for defensively frail enemies like goombas or mages, but you should expect more of combining 2 units to secure kills and/or utilising support bonuses to potentially ORKO. Oh also they’ve been renamed lol 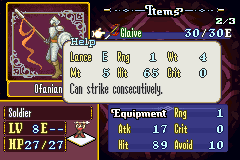 Another weapon subtype that have been revamped are blades. Originally I only used them to make enemy Mercenaries have comparable statlines to other enemy types (especially nerfing their speed) but I wanted to make more interesting generic weapons. So, they’re now locked to foot units and receive a firesweep effect thing. Oh and they’re also renamed lol 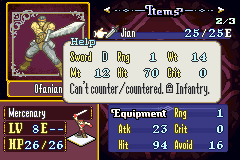 Axes and lances also get their own equivalent, each with their own gimmick but at the cost of being even heavier than blades. 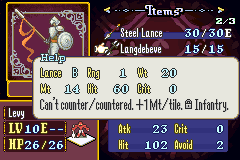 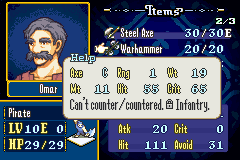 Yeah these icons are placeholders lol

It turns out that 0.2 will probably include 1 additional map. I would’ve liked to do like 1 or 2 more, but motivation really does come and go haha. This is the first map for the game’s second route, following Ayrton and his besieged forces (I’m not showing screenshots of him since he’s still using a f2u mug right now :p): 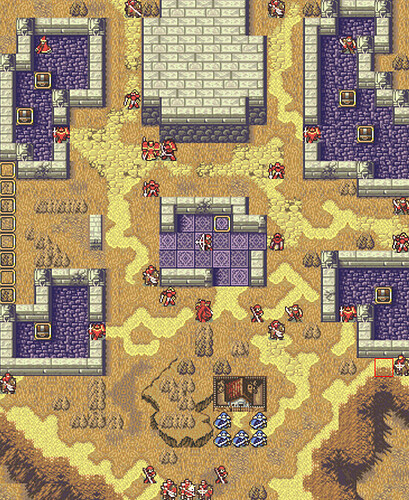 Some units also get a✨fancy✨ skill too: 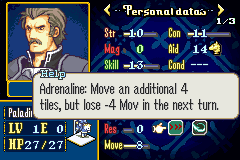 Anyways that’s about as much progress as I made, along with a bunch of other misc stuff I probably forgot lol. I hope y’all had a nice FEE3 2021 too! A lot of hacks showcased there were pretty bangin ngl. You can expect 0.2 to drop in early December since I’d be moving around that month and I want to push the update out before then. Everything mentioned here and the previous update will be in 0.2, along with as much script as I can stuff into the game (hopefully all the way until Intermission 2). Additionally, I released a playtesting patch for Ayrton’s map in the hack’s Discord (could also test out the rest of the game too since the current build is so much different than the public build anyway lol), so check that out if you wanna. That’s all gamers

so much for early december lol