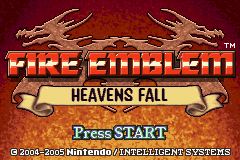 From the idiot developer with the funny name who brought you War On Two Fronts comes the sequel that doesn’t have much to do with the original, but is hopefully much better. The current release goes up to Chapter 13.

Beta 2 has been released! This patch goes up to Chapter 6, and includes some fixes to the first four chapters. Download from the OP.

Beta 3 has been released! This patch contains 3 more chapters, for a total of 9, along with a few additional changes and unit balancing. There’s 8 new music tracks, some graphical fixes, and a bunch of other stuff. The next patch should be here in about two weeks, and will go up to the end of Chapter 11. The download link, and the link to the Discord can be found in the OP.

Thank you very much for adding ranged swords.

Beta 4 has been released! It contains two new chapters for a total of 11. It also contains a few optional extras in the earlier chapters that can score you some interesting new (or perhaps old) weapons. The download link and the link to the Discord can be found in the OP.

Beta 5 is now out, primarily a bugfixing update, but there is an additional chapter for a total of 12, and a returning character can be recruited in Chapter 3. Songs have been fixed, portraits have been touched up, some dialogue has been adjusted, some chapters have been rebalanced, so it should be far more stable.

I’ve put out a new beta, goes up to chapter 13 and is mainly a rebalance. It’s generally easier now to make more room for the inevitable hard mode, and units have had their stats moved around to bring them more in line with each other. As always, you can download from the OP.