First off the name, I just like combining words. Celestial-Star-(Aurora) Borealis. I’m also obsessed with space, stars and the moon. Carrying on! 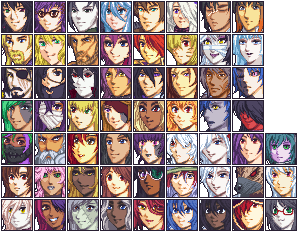 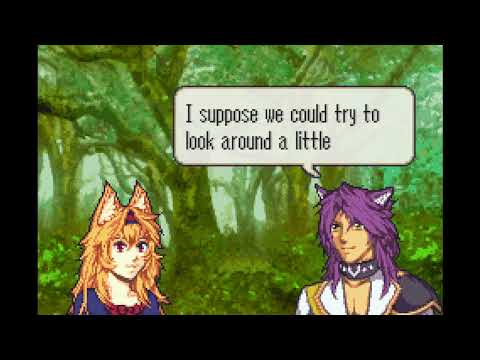 I also do progress/gameplay on this on my Youtube channel.
…If I forget to remove Neoma from the chapter select, I quite recommend not saving in the ‘test’ chapter! Have fun playing it though.

Welcome to the community first off!
I’m having a lot of fun so far, currently only beat X-1 and will probably update this post after. Currently noticed the following issues:

My. Those are very strange issues, I wonder how I broke that, huh…

Edit~
Valentina’s magic rank removed, it wasn’t supposed to be there and somehow I never noticed it was.
Tafel no longer starts with Provoke skill
Lillith can now use her own tome. Not that you’ll want her to.

I’m not seeing Medve poisoned when he appears. Did you leave the creepy spider where it spawns and he got hit by it or something? Anyways, thank you!

Medve wasn’t poisoned this time so must have been spider.

I really enjoyed this overall and can see myself messing around a little to maybe grind up units even. Thanks for making it and will be keeping an eye out for further things

~ Trading/Convoy thing is most definitely intentional! Maybe I should’ve mentioned that. Oops.
~ Is Liusaidh too much? I generally keep Dulam entirely to whittle her down and heal any backfires, then Fenris the rest of her HP down. Oops. I’ll need to think on what to do there! Thanks!

~ Hmmm… I was sorta thinking of ditching the Gorgon entirely and weakening a few enemies around there and/or buffing the group, so maybe I should get to doing that.
~ Doesn’t it? That most definitely needs to be looked into, a heal that doesn’t heal isn’t quite so handy.

~Anything test map related won’t really be fixed, it’s not really supposed to be there and should not be saved within. Maybe I should mention something more properly about that. Or just remember to remove it for releases.

I also want to have it so that if units die they ‘reset’ if you redo their origin map, as well as doing something with ultimate/unique items so you can’t just duplicate them infinitely by continuiously redoing chapters but we shall have to see!

Hello! Just popping up to say the next update with the newest chapter and side chapter is up! Along with that, for fun a collage of sorts with all of the characters that appear (Though not all are playable.)

…And as an extra, there are little comic thingies that may put more context and background to the world and characters. Ideally I’d put them into hack form of course, but my way of doing things never makes sense.

While playtesting initially I already wanted to do something to make it less stupidly annoying, but it seems playtesting more again yesterday just pushed me over the edge on that decision, so if you’re playing and find the boss annoying… So did I! Hopefully this’ll make it more fun.

Thought it’d be fun to fill the chapter out with a few more conversations, as usual you might get stuff from them.

Edit: Oh my, it seems I forgot to test with an older save for 1.1.3, if you’re using an older save you’ll likely have glitches like freezing and the game restarting, this means you’ll need to start your file over, sorry for inconvenience!

…After testing more it may just be that you’ll need to suspend and restart a save, well that’s convenient.

Following this one with interest. Convoluted writing, foxgirls, sounds fun.