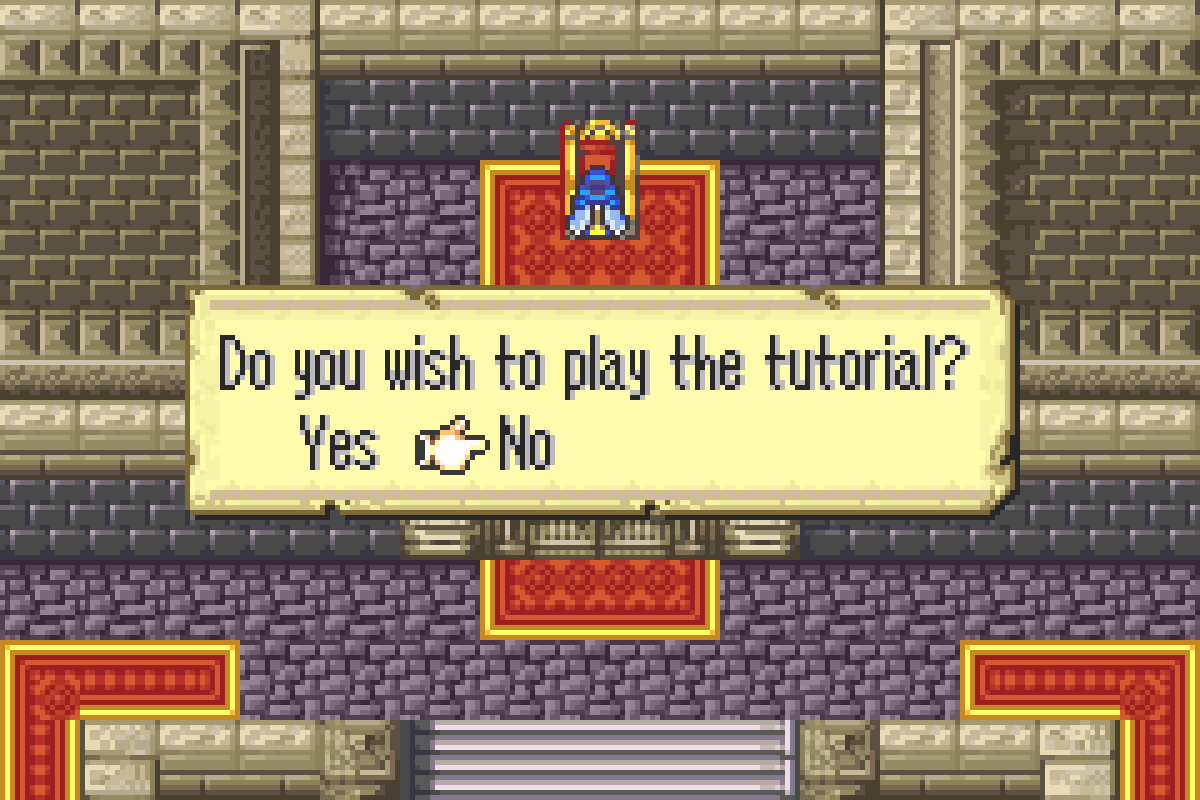 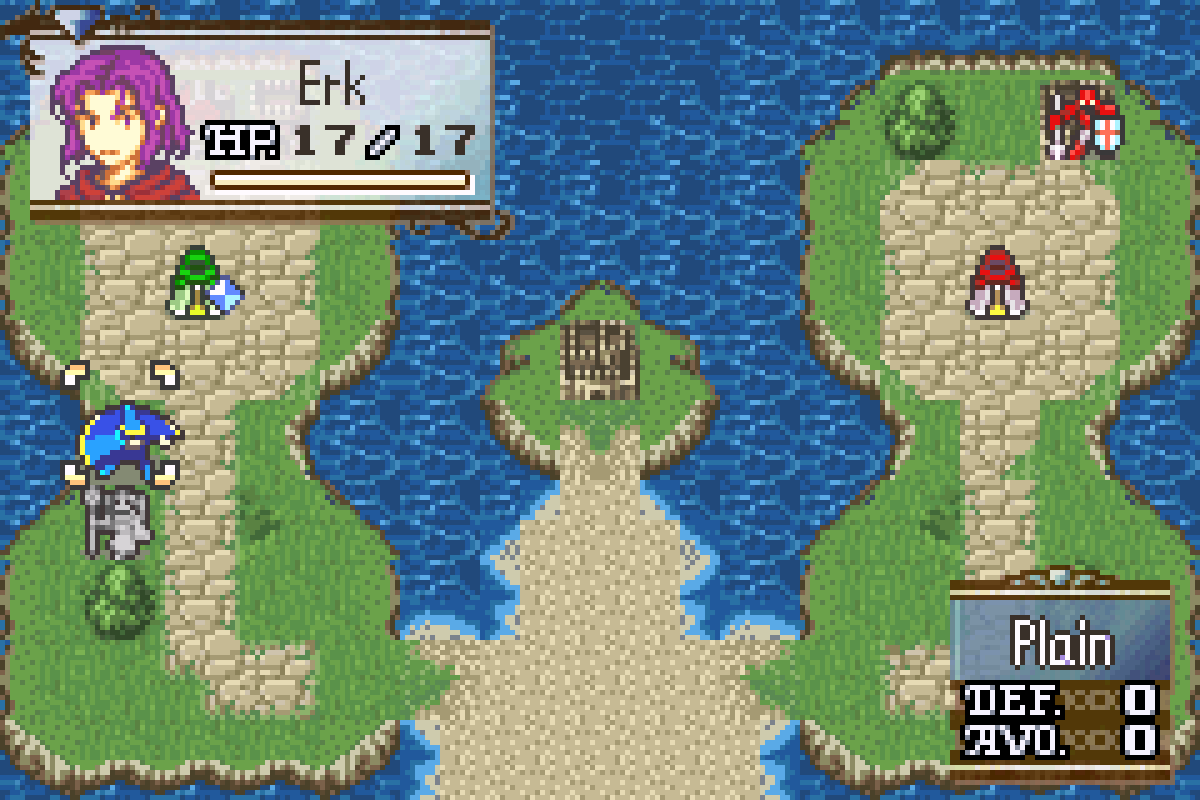 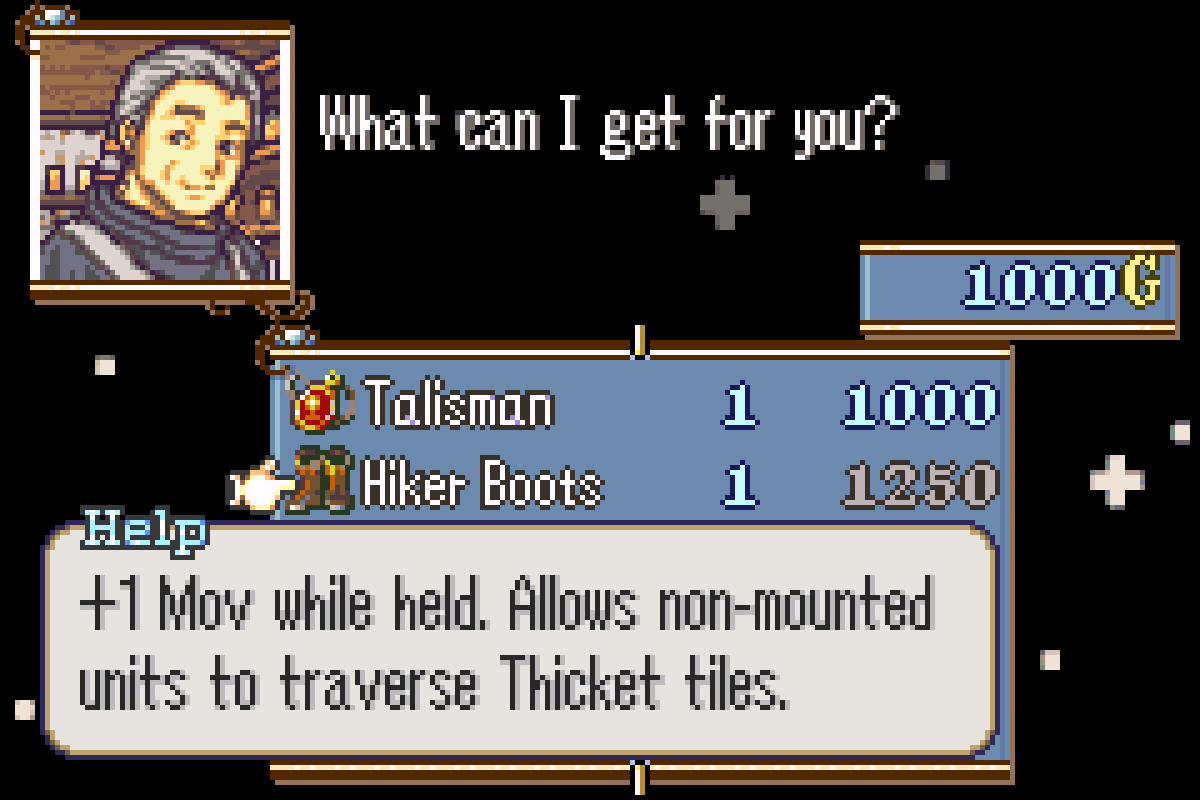 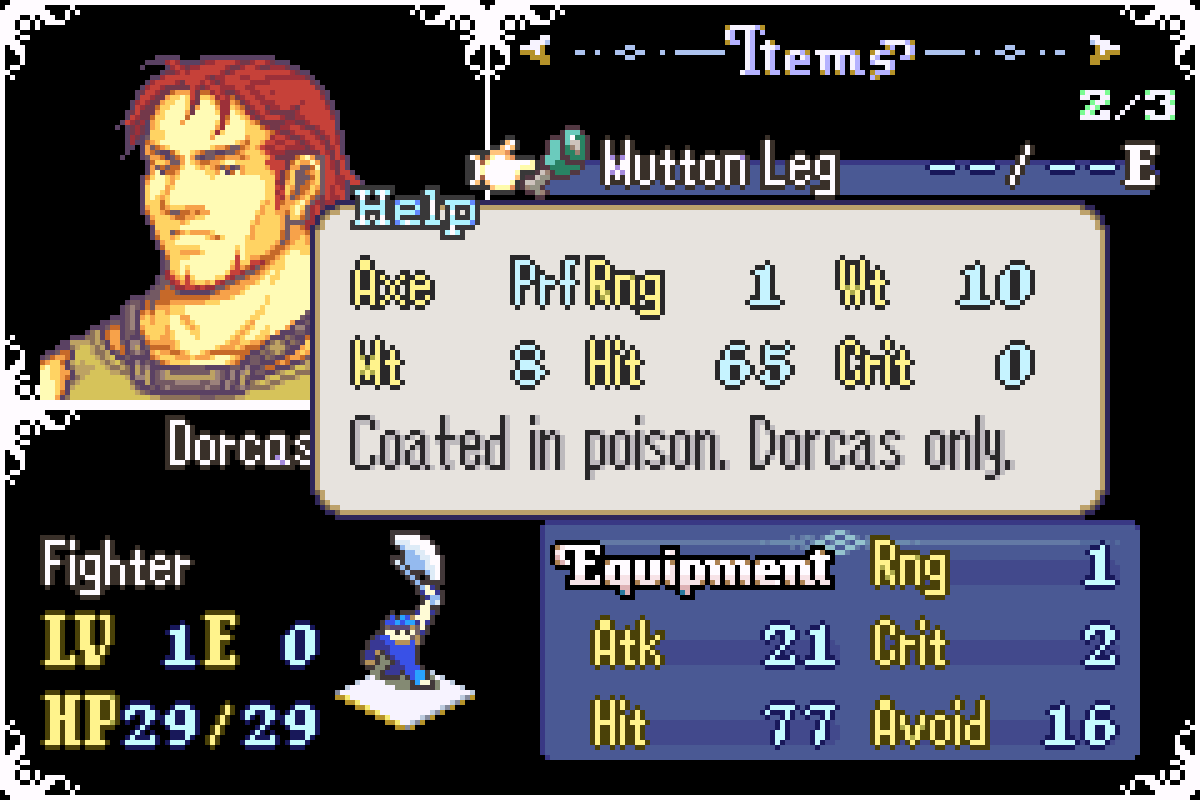 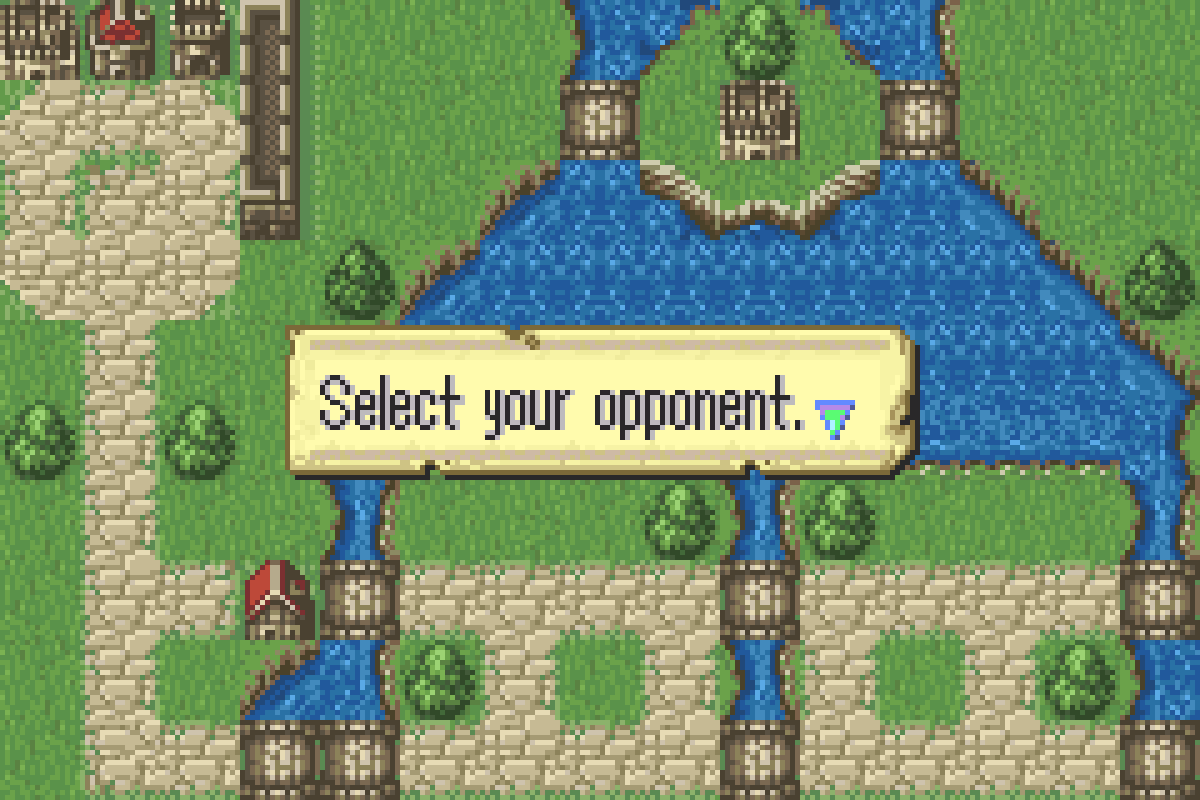 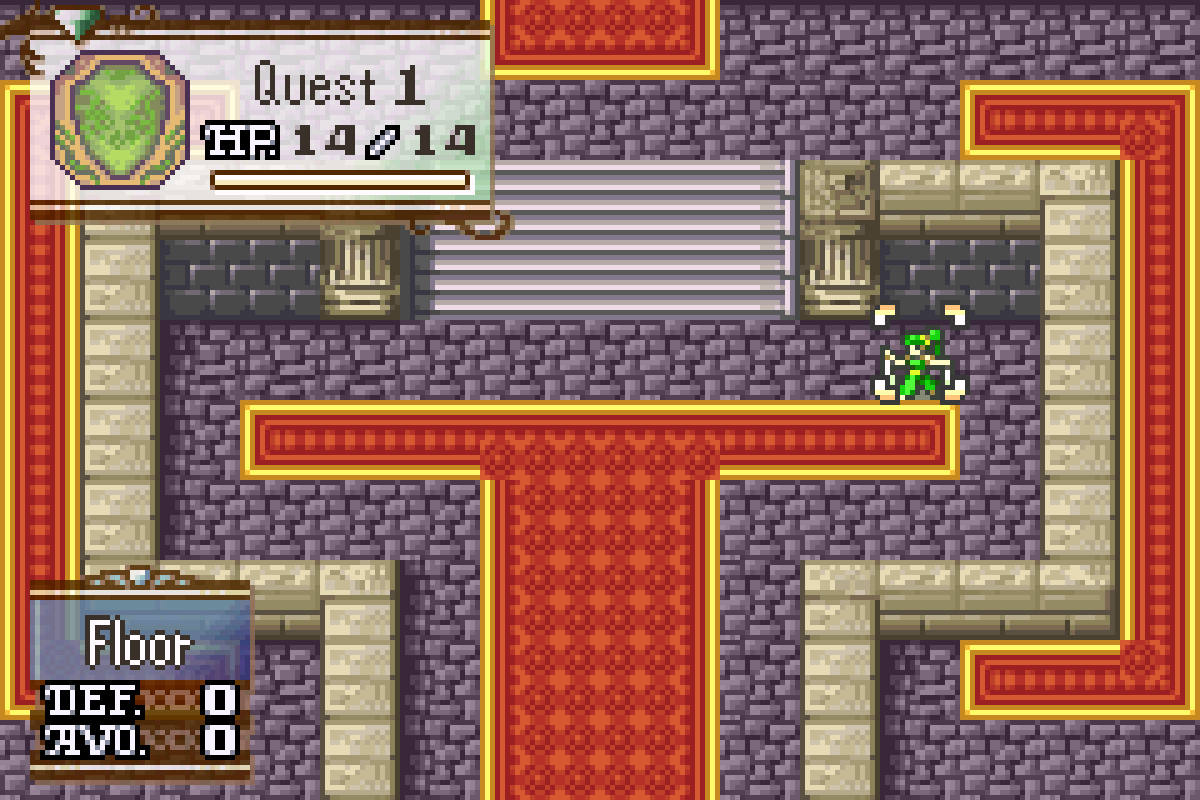 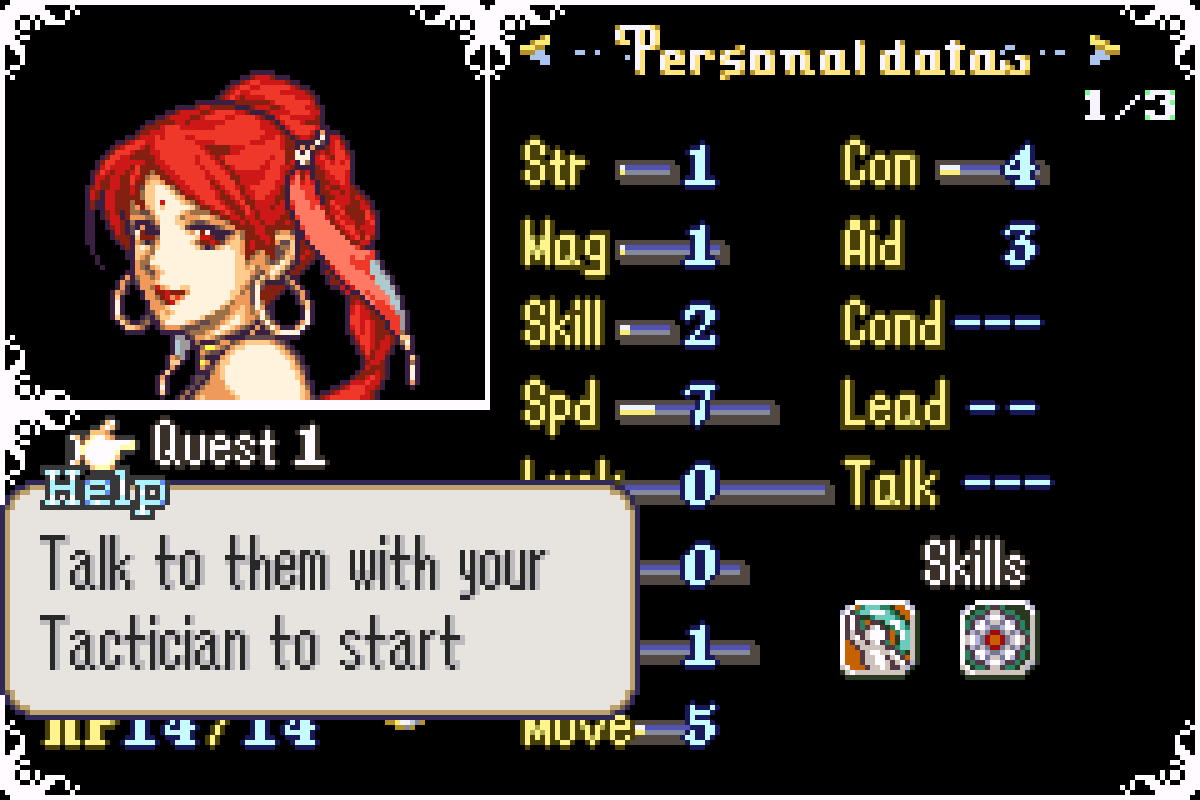 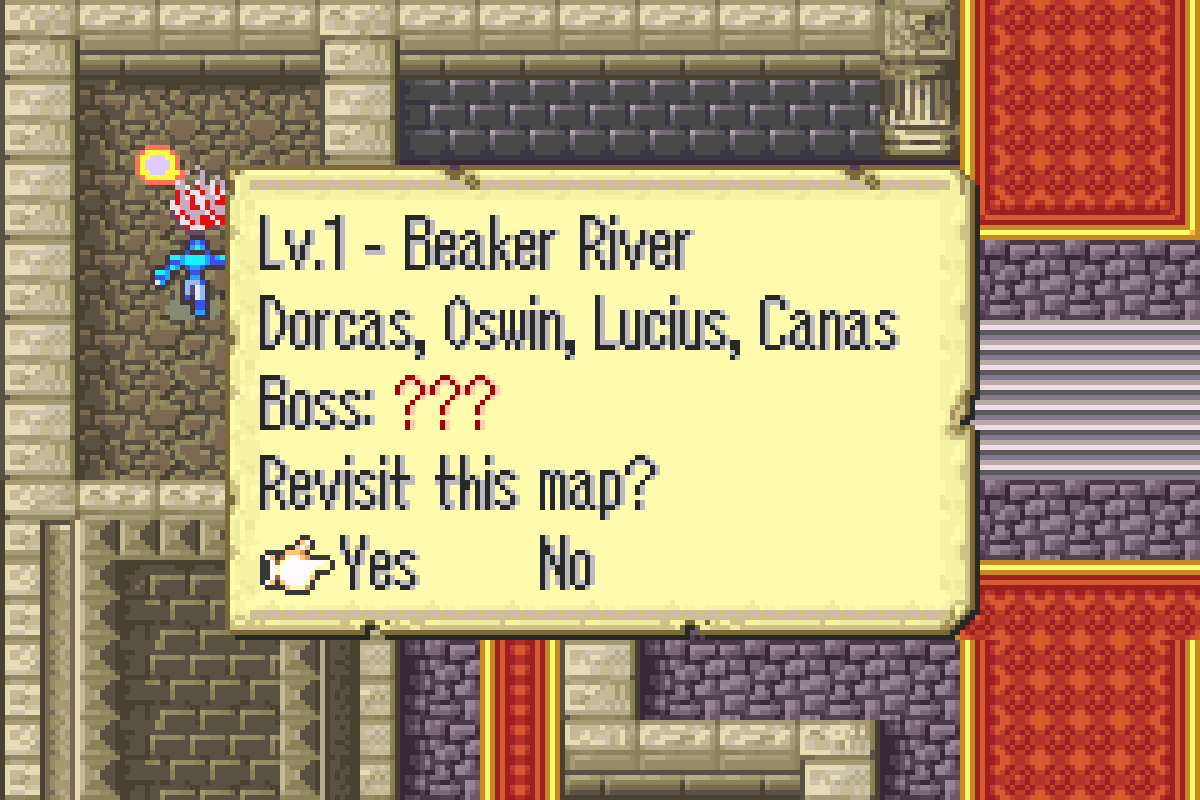 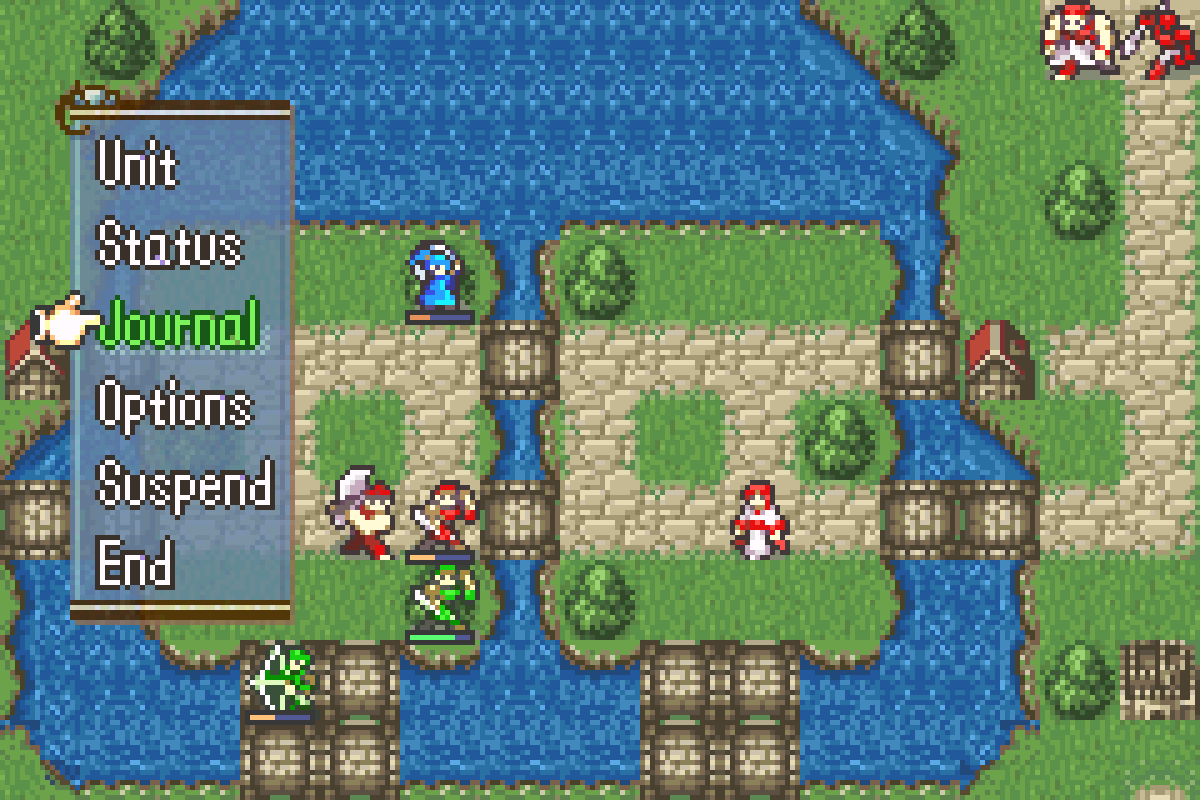 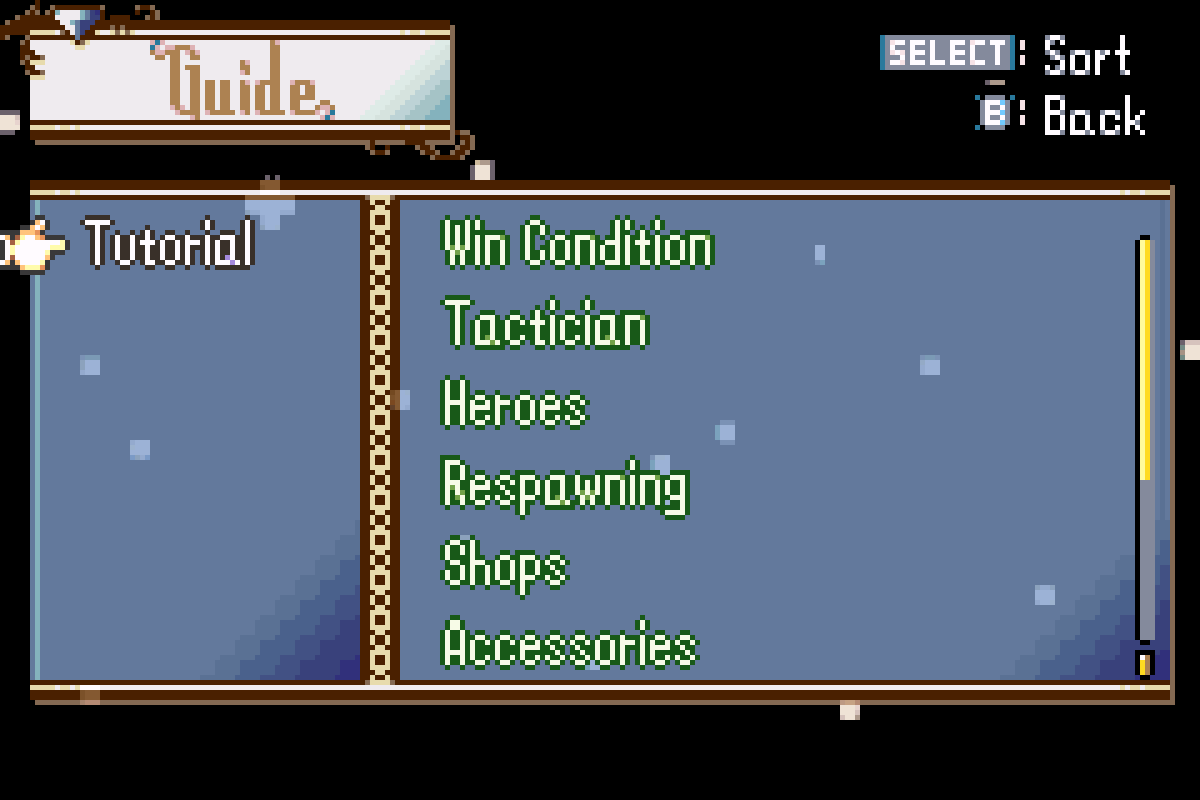 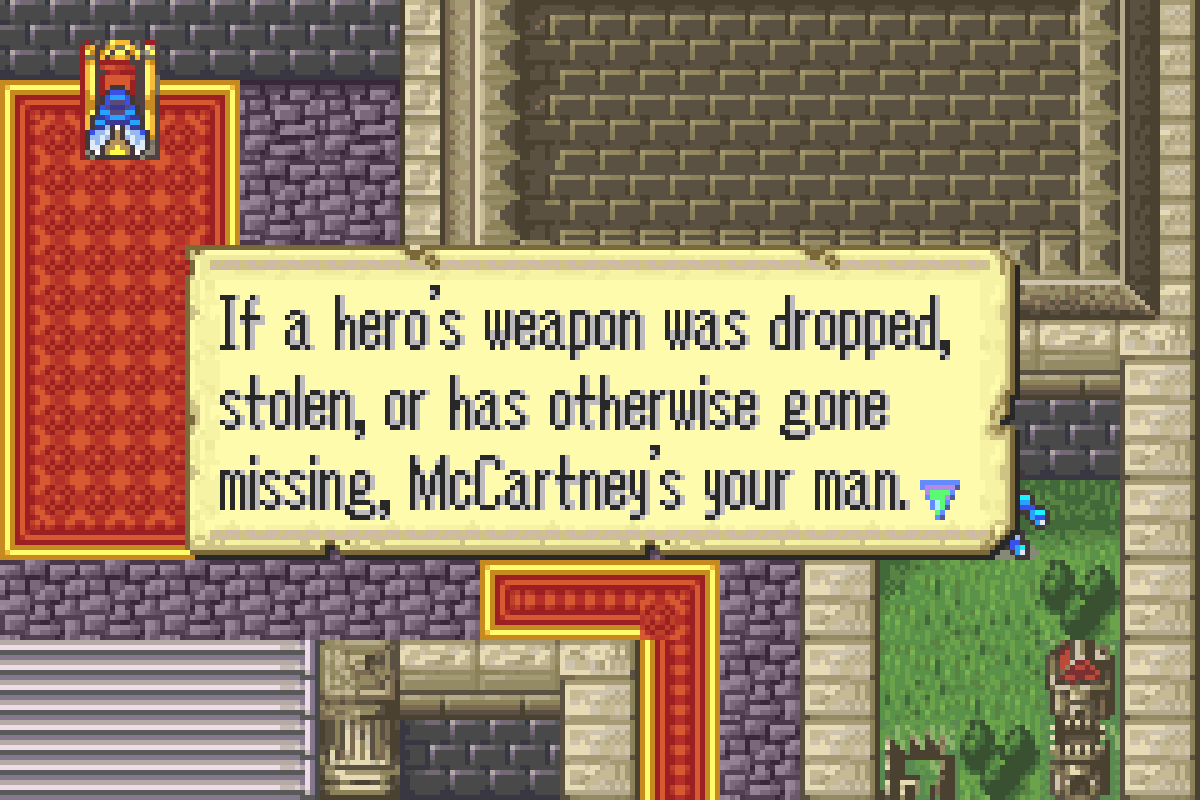 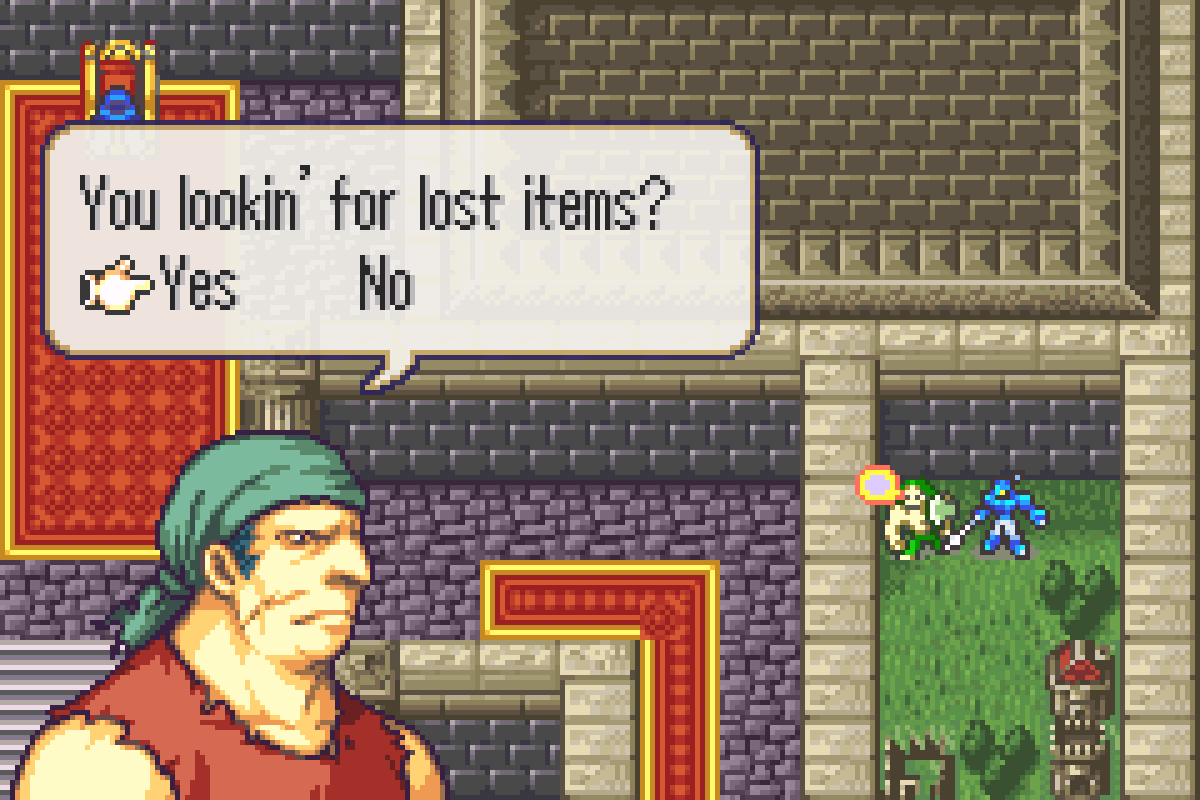 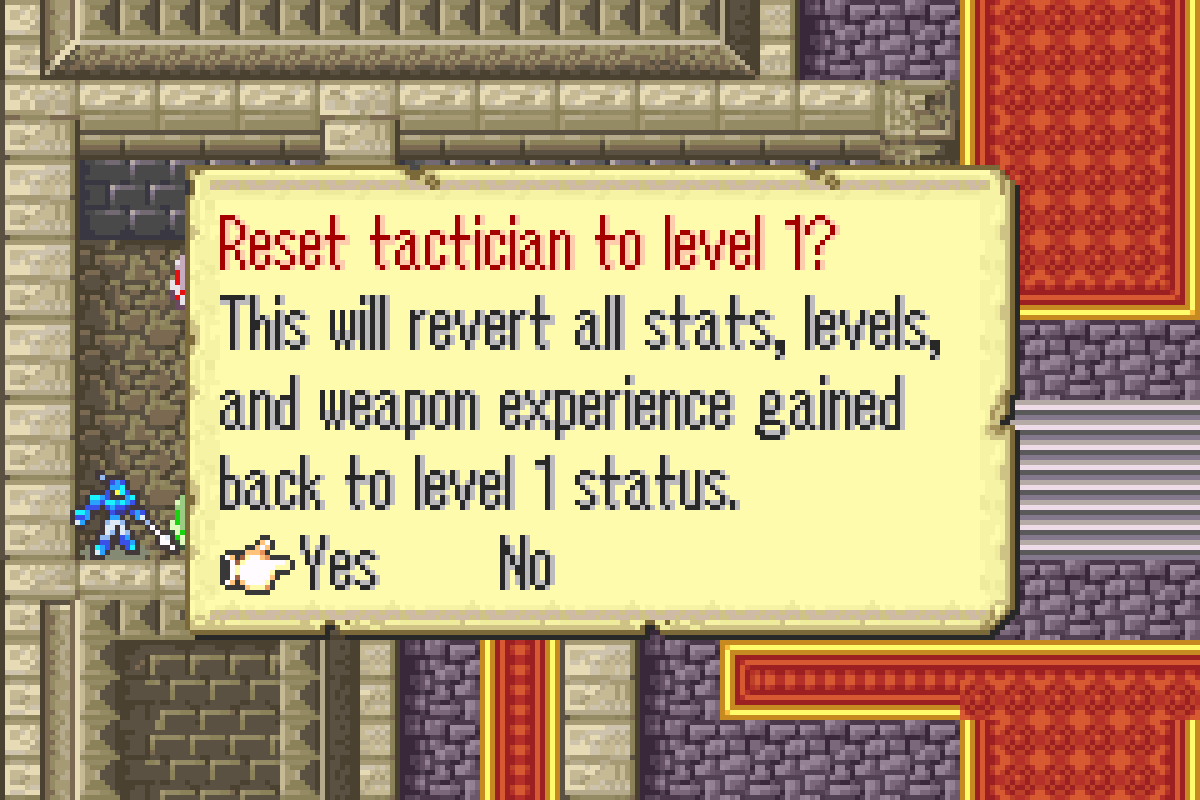 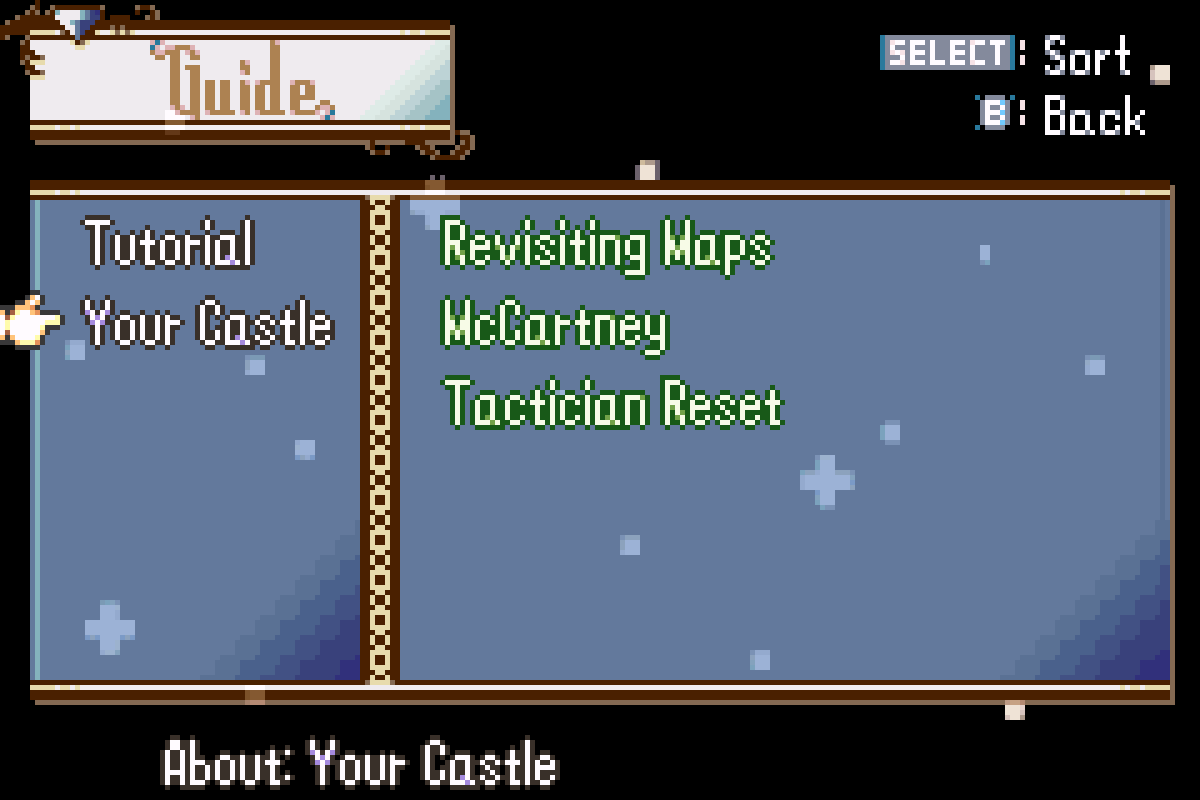 Eya, just Tried the Demo, and fell in love, its really original and as unique mecanics i have never seen before.

Anyways, these problems aside, to anyone, pls try this hack, is really fun and interesting to play and experiment.

Just finished about an hour ago, I’ll share my thoughts. (It’s a lot of text in a messy format, you’ve been warned.)

oh wow thank you for the responses!

i’ll take a look at the enemies on this map again, i definitely did not intent for the player to only have 18% hit chance on any enemy (except maybe trying to cast sleep on a magic user)

thank you!! i very much appreciate it! (wait i knew i recognized your name! thanks for the summer anna portrait, via the f2u mega repo. it’s a great stand in until i think of someone better to take her spot)

It was definitely a little tough to understand what was going on during the first map, even after reading the tutorial.

this is totally fair, i definitely need to do a better job at informing the player about how everything works.

(Quick question, though. Is the terrain near the center supposed to be desert? Because there’s two awkward desert tiles that are hard to see unless you put your cursor over it.)

i think i was just going for whatever looked good, but i’ll give that level another look over and see if i can make it more consistant

The only thing I dislike are the lower left and upper right corners, since they seem a little useless. Sometimes the AI will try to go to the forts to heal, but that’s about it.

i totally agree with this. i want to change up how those corners work because right now they just aren’t very practical.

However, this map also introduces something that I really dislike. The berserk status. It’s not very likely, but Hector can proc Enrage on your hero. If this happens and your hero dies in the following turns, they’ll spawn next to your tactician with the berserk status, with a pretty high chance of killing them.

first let me say that i did let out a chuckle reading this and i apologize. i think its fair to assume that if a character dies, they would be cleared of whatever “bad status” they have, especially if that status is going to immediately cause a game over. i’ll see if i can edit the revive event to clear any sleep/beserk/poison status.

However, I think this map is pretty easy to fix. Just extend the player’s view from 3 to 4 and make the Berserk staff breakable, it should turn out to be more fun.

this seems like two easy fixes to make the level more fun. i will definitely consider nerfing the berserk staff, and extending fog vision seems like a no brainer.

However, there is a major bug that I found (I think it’s a bug?). After defeating the foe’s tactician, the map doesn’t end and you can’t seize the throne.

the level should auto clear after defeating the enemy tactician, so i think i may have borked up the end event. will definitely look into this. (i forgot to create a victory event oops -_-)

Just a good place to buy equipment and train at the arena. The shop in the bottom left of the market doesn’t work, maybe remove it or add some things to sell there? It’s just a little strange. Also, maybe add a new terrain type to replace the forts by the arena? In FEBuilder, there are unused tiles that you can designate as something else, like the ‘C. Room’ tile. You could go into the ‘healing/recovery’ setting for the new terrain tile and make it 100 (As in 100% HP healed per turn as opposed to the standard 30 from forts.)

the 1 unusable shop was going to have all the S rank weapons, but since no tier 1 class can hit S rank I decided to just leave the shop unavailable. i’ll either fill it when the player can use S rank stuff or remove it until then. the point of the secret shop, or at least the intention, is basically like a debug room for the player. access to the majority of usable weapons to play around with. i’m not sure if i want to make arena grinding easier for the player, because it kindof turns the game balance/loop on its head. honestly i don’t intent to have any arena access in the later/final builds, it’s kindof just in now as a “congratulations” kindof thing.

As for criticism, one thing I dislike is how many characters you get.

this is another thing i totally agree with. i wanted to put as many characters as i could in the first demo so that i could get some feedback on character balance. but then you’re going into the boss level with like 20+ characters in your party. definitely not something that would scale up well (especially considering i don’t think the max party character limit would allow for it). in later/final build, i’d like to lower the amount of normally available characters per level (from 4 to 2 maybe?).

so i didn’t write about the secret characters in the write up because i thought that might be a spoiler. but considering that you need them to even access the final level, i agree that there should really be some indication of how to find them. secret characters have a 1/50 chance of spawning every turn starting with turn 20 on levels that you’re revisiting. i’m gonna throw a little section in the tutorial write up for this.

right now its just about getting lucky. i’m trying to think of a better/more fun way of doing secret characters though.

green units will just get in the way 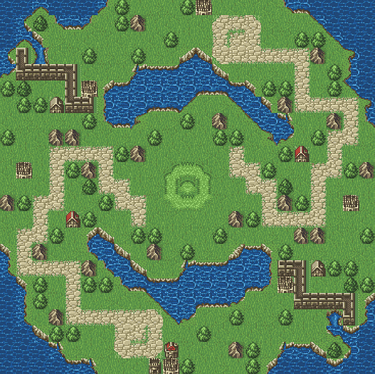 progress on the hack has been slow recently (and will continue to be slow until september) due to work related stuff. i’ll still be following the original plan of releasing bug fix updates as needed and the next content drop in september.

Hello everyone! I’m back with some info about the upcoming 1.02 update. I apologize for the long absence, I’ve been busy with irl stuff.

This is just a brief overview into some of the more major changes coming. Expect full patch notes and details once the update has been released.

Things That Still Need to be Finished for 1.02

2~3 weeks from now, maybe. I work on this project in between irl stuff so that time could go in either direction.

edit - ran into a small snag with the enemy level up system. i thought the 0x46 limit didn’t apply because i had units beyond that able to retain skills after suspend/resume, but i was actually just corrupting chapter turn count data. currently shuffling around character data and redoing events to account for this limitation, will probably effect release time. thank you for your patience, also thanks to vesly epicer and smethlyn in the feu discord for the help

(these + more will be added to the OP when patch releases) 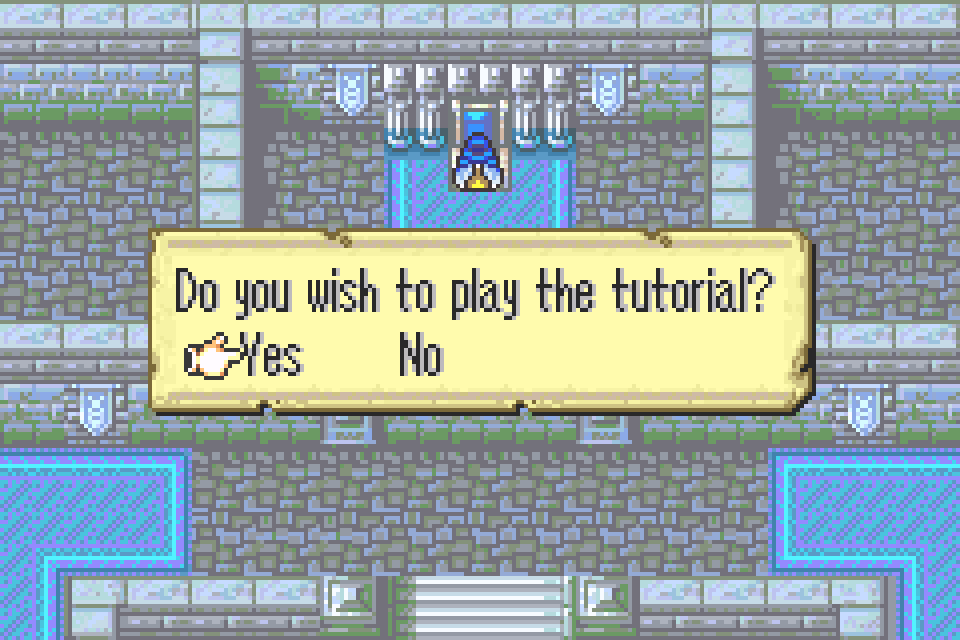 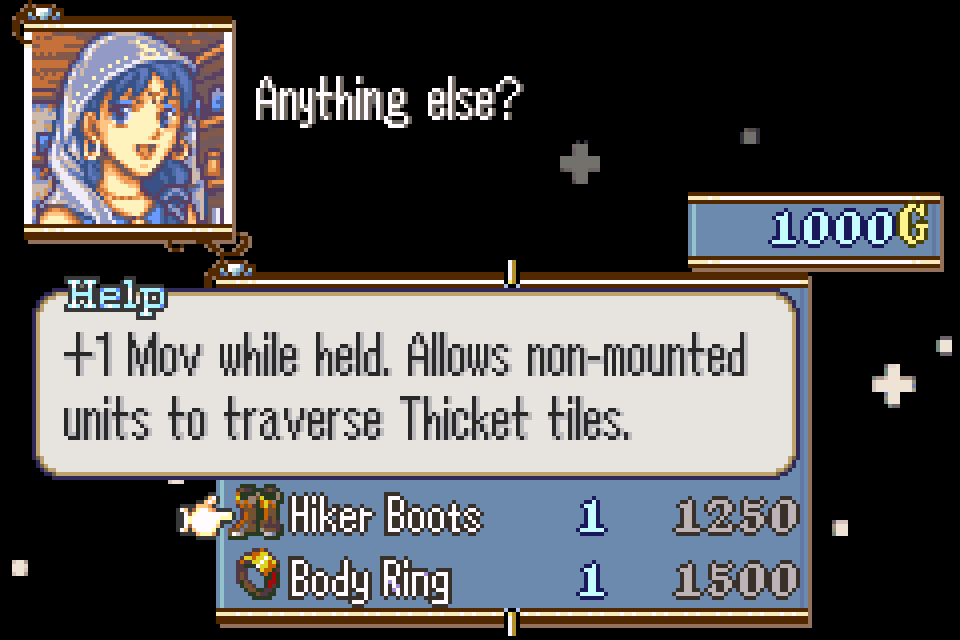 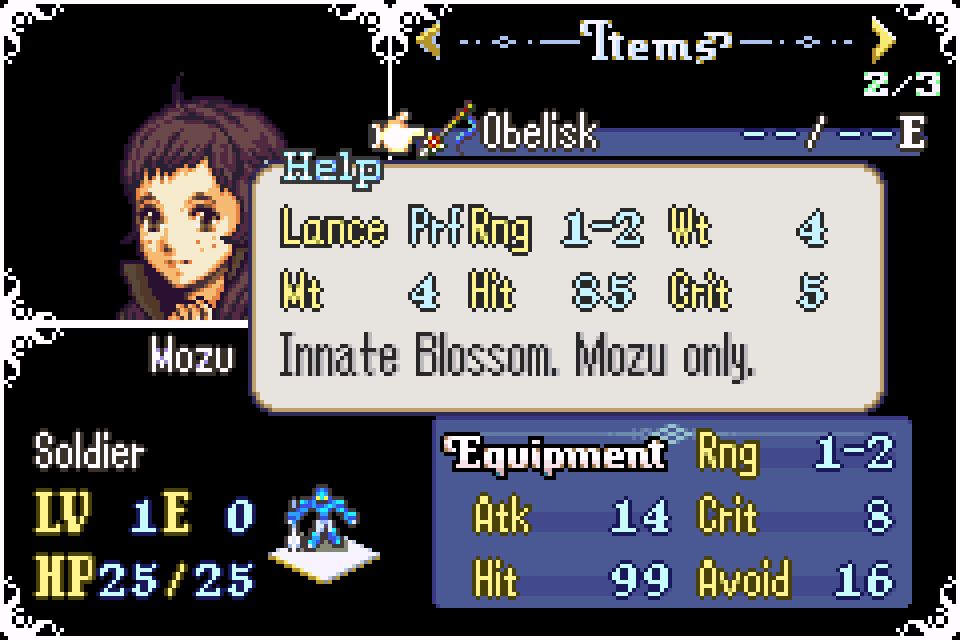 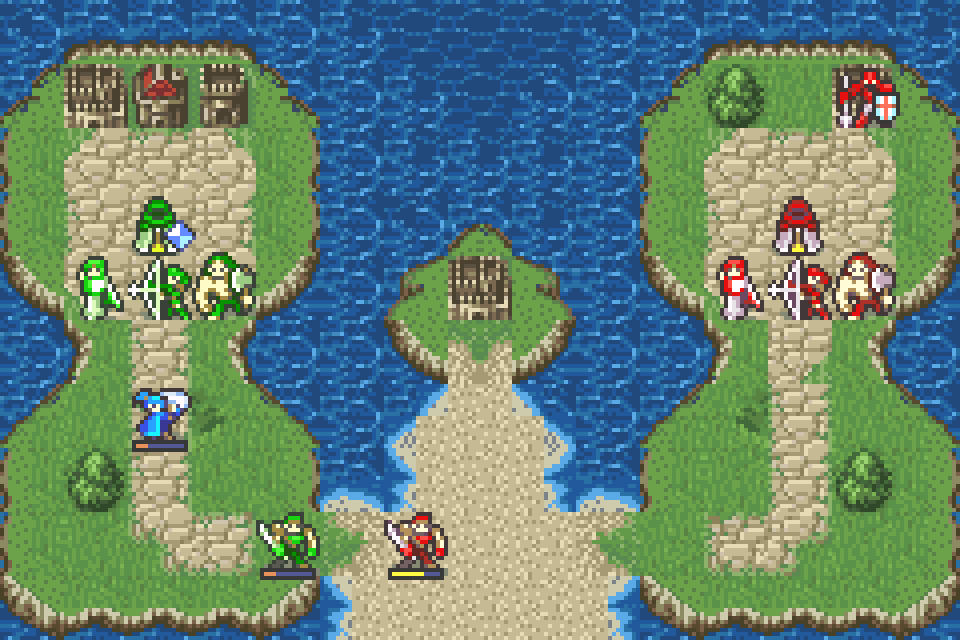 Oh, so cooool!
Willing to see the next update, i already want to play it!

Today, I finally release 1.02. Thank you for your patience.
Download link + tl;dr is in the OP.

Before I get into the new changes, I just want to address the lack of a new non-tutorial map. I’ve decided that I need more time to test everything and make sure it’s, well, fun. The next update that I release will include this new map. Until then, please give the current game overhaul a chance.

Please note that 1.01 saves will not work properly. Please start a new game to experience 1.02 as intended. This should not be an issue in the future.

I will be creating a discord server soon, link will be in OP when it’s ready. If you’d like to help test things before they’re released, stop in.

In the next update, I’d like to add at least 1 map and more quests/achievements. As always, if there are any major bugs I missed before release, I’ll try to release fixes as soon as possible.

Wow, there are a lot of update, you really worked hard in those, i’m going to try it ASAP.

radical thanks for giving it another chance!

I have been playing for a while and found a few glitches and bugs that should be reported.

First, when you get the missing ring, if your inventory is full, when you discard an Item, the game will Crash instantly.

Next, on Challenge mode (i cant renember if this happened on the other modes), when Cath weapon level reaches S rank, the next time you chose, fight, with anyone, the characters freezes and nothing happens, forcing to reset the game.

This aside, im having a lot of fun with the new updates, i like it.

thanks for the feedback! i’ll see what i can do about those glitches.
i’m honestly not entirely sure what could be causing these issues, could you possibly upload a copy of your save file?

hotfix in the OP!

I tried the new Patch, and the A weapon rank was a good way to prevent this glitch, sadly i found a new one. 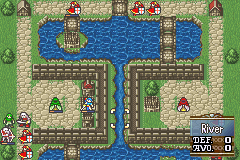 In this chapter, bosses spawns every turn, but the worst is one of them get 2 lvls per turn witch make this impossible to complete.

oh boy that definitely shouldn’t be happening!
looks like when i did the enemy hero rework, i somehow forgot to update the event for that map -_-
hotfix now in OP.
thanks for letting me know!

This looks like a really creative hack! I will definitely give this a go, after I finish this game I’m working on!