Anyway, for some this may have been a long time coming, and for others a bit of a surprise. I think I had said before I had retired from FE hacking after working on SGW for so long, but I just felt the strong desire to work on this as my real swan song in the FE community. After all, a project like this was merely a pipe dream when I first started my hacking career. Completing it would be a good conclusion for my experience as a hacker in this community for so long. But what is this project you might ask if you don’t recall reading the title at this point?

A GBA remake of FE5, also known as Fire Emblem Thracia 776! A project thought as almost impossible back in the day, I’m here to do my best to make it finally a reality. 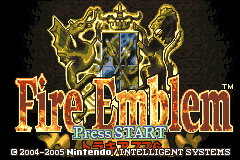 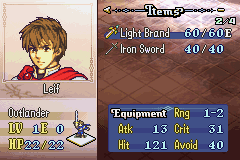 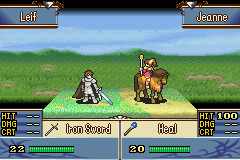 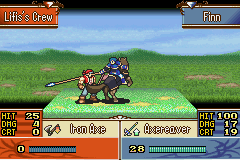 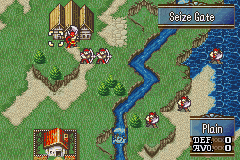 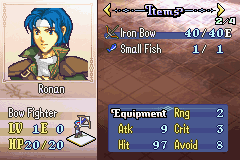 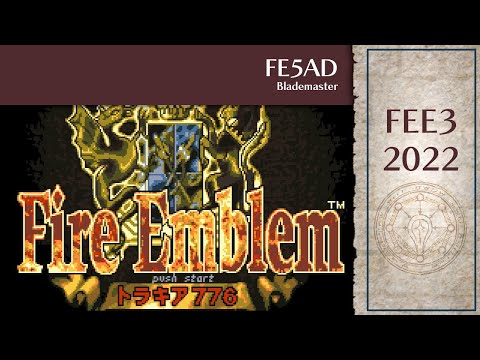 This project will feature all the typical Thracia mainstays such as Dismounting, PCC, Fatigue, Capture, Movement stars, and leadership stars. It will also feature combat arts instead of skills where appropriate, a true anima magic split where thunder, wind, and fire are separate ranks, and new gameplay updates. Gameplay updates will include some balancing of weapons (no more infinite range warp), new characters like (like Jeanne), new items, and class/unit balance additions. Sadly, there will be some things I won’t be able to replicate, but those will hopefully be minimal and rare.

I don’t plan to alter the story very much, if at all. There will be either 7 or 8 new characters, but only 6 new characters available per run. None of these new playable characters are OCs. If you see Jeanne is in, you probably can easily guess who the others will be. There will be some new enemy OCs, but their role in the story will be either just a boss in chapters where one wasn’t present (like chapter 4x) or having no impact on the core plot. As far as supports go, there will be base conversations, but it is my intent to keep the characters as they are and inject no new quirks into their personality where possible(I can only do so much with Robert, Cain, and Alva since they have little to no dialogue…).

This isn’t a hack meant to replace the original SNES game. I only hope it’ll be different enough to be enjoyable in its own way.

In regards to the translation used for this hack, I am basing the dialogue off of my own translation with help from someone fluent in Japanese, official translations, and FireLizard’s SF translation. Nothing from Cirosan’s Project Exile translation is used due to his DMCA threats on the community and other translation issues found with the script.

If you’re interested in helping out with the project, I’m looking for help with events, mugs, music, and unit palettes. Such things will simply help speed the project along. Otherwise, with how my life is, my current goal is just one chapter a month at minimum if I work on these things myself.

In closing, I’d like to give a special shout out to @Tequila for their Str/Mag split and capture hack, @Zeta for their leadership hack, @Sme for their fatigue and escape hacks, @circleseverywhere and everyone else involved in the skill system, @7743 for their work on FEBuilder, @Crazycolorz5 for their dismount hack, @StanH for their work on modular saves, and @Vesly for their assistance with helping to make thunder/wind/fire entirely new weapon ranks. It’s largely thanks to the work of these individuals that a hack like this is now even possible.

There is currently no patch for the hack. Progress is as follows:

If you’d like to contribute to the hack, feel free to ask in this thread or PM me here or on Discord.

I think when chapter 5 is finished, I’ll release a demo.

If you have any questions, comments, concerns, or suggestions, please do not hesitate to make them known. All feedback is good feedback!

I wish you the absolute best of luck with this! I’ve been playing your hacks since your first FE7 hack all those years ago. Glad to see you got one more in you before you retire. Can’t wait to see this come to fruition and experience FE5 with a little Blademaster flair and polish to it. Thanks for everything you’ve done thus far. Good luck!!

Thank you! Always nice to see people who’ve been playing my hacks since I was at my worst lol

And thank you, @Arch. I should apologize for not including you in my special thanks. You more than anyone paved the way for this by starting FEU in the first place and inspiring so many with your first attempt to remake FE4. It means a lot to have your support and I hope you can one day play and enjoy this project!

Having known about this project for the past few months, and helping with minor contributions in the shadows. Its nice to see this finally get announced!

Seems like it comes full circle when you got Sun God’s Wrath fully completed. If you planning on completing this with the help of the community, let’s do this in style.

This is quite cool. That is all.

Would love to help out. Toss me a message if you need anything

Thank you! I will send you a PM shortly.

One day all FE will be remade in GBA.

why the cap of the classes aren’t 20?

This looks absolutely wonderful.
So glad to see Thracia receiving so much attention nowadays. I’ve been away from the community in general for a while because of my area of work being so demanding, but coming back and seeing projects like this really bring me a huge smile. Dark Dragon Rebirth, your Thracia 776 Remake. I just love this fanbase so much, especially the hack-roms community.

I wish to you, and everyone involved in the project, the best of luck. And you can expect me to make unnecessarily long comments like this more often as the project progresses, and the first patches start to be released.

Looks nice, Blademaster! I may not be the most talented out there, but I’d be willing to make unit palettes. Good luck with the project.

This looks like a whole lot of work so only my utmost respect to you!

As said in the FEE3 video, I’m trying to have this remake lean more towards the style of the DS games.

@Define Thankfully I have more people helping me out this time compared to SGW, so I’m confident the team will get this done!