(This has been archived by myself. I am not satisfied with how this turned out and will be looking into remaking this in the future.)

Howdy there FEU, I’m very happy to announce something I have been working on for a little while now. It may not be perfect but I wanted to do FE8 justice.

As the title may suggest this is a Rework of Sacred Stones with the main goal being a overhaul on Visuals, Gameplay, Balance, and New and Readded Content.
Also the cast now has 43 members including the original cast with supports to be added.

Below is a link for the download and credits. If I am missing somebody please feel free to contact me and I will add whatever names are not on the list. Patch using a FE8(U) Rom.

Do keep in mind the intended difficulty is Hard, however the other two are still selectable but may not be fully optimized for the full experience.

Oh yeah there’s also a discord for this. Feel free to stop by and chat as I will keep up to date on the discord more often with patch notes and possible bugfixes. Also have a Tier List.

However there are still a couple things to keep in note before you play.

Now have some cool screenshots. Be cool people. 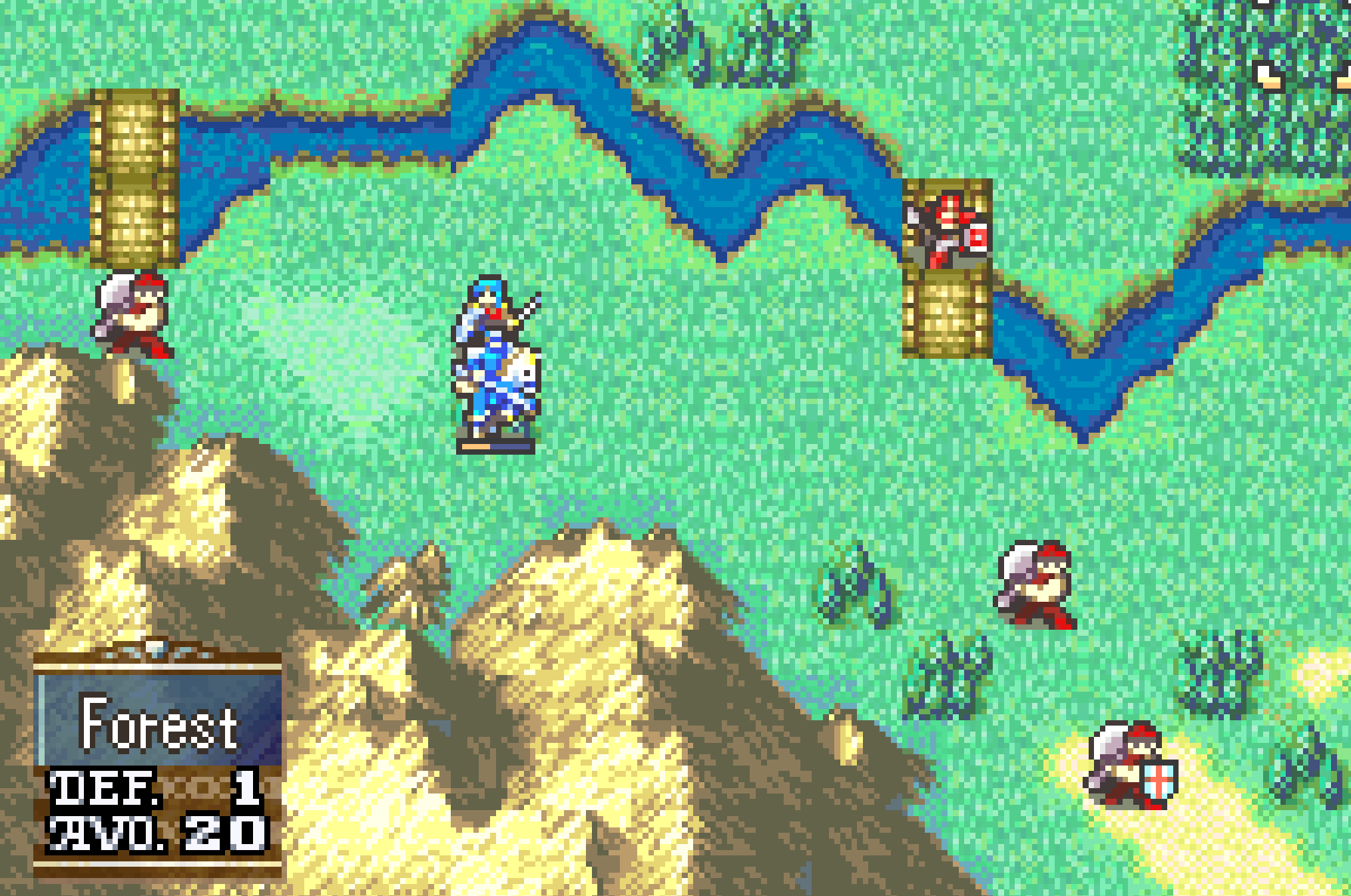 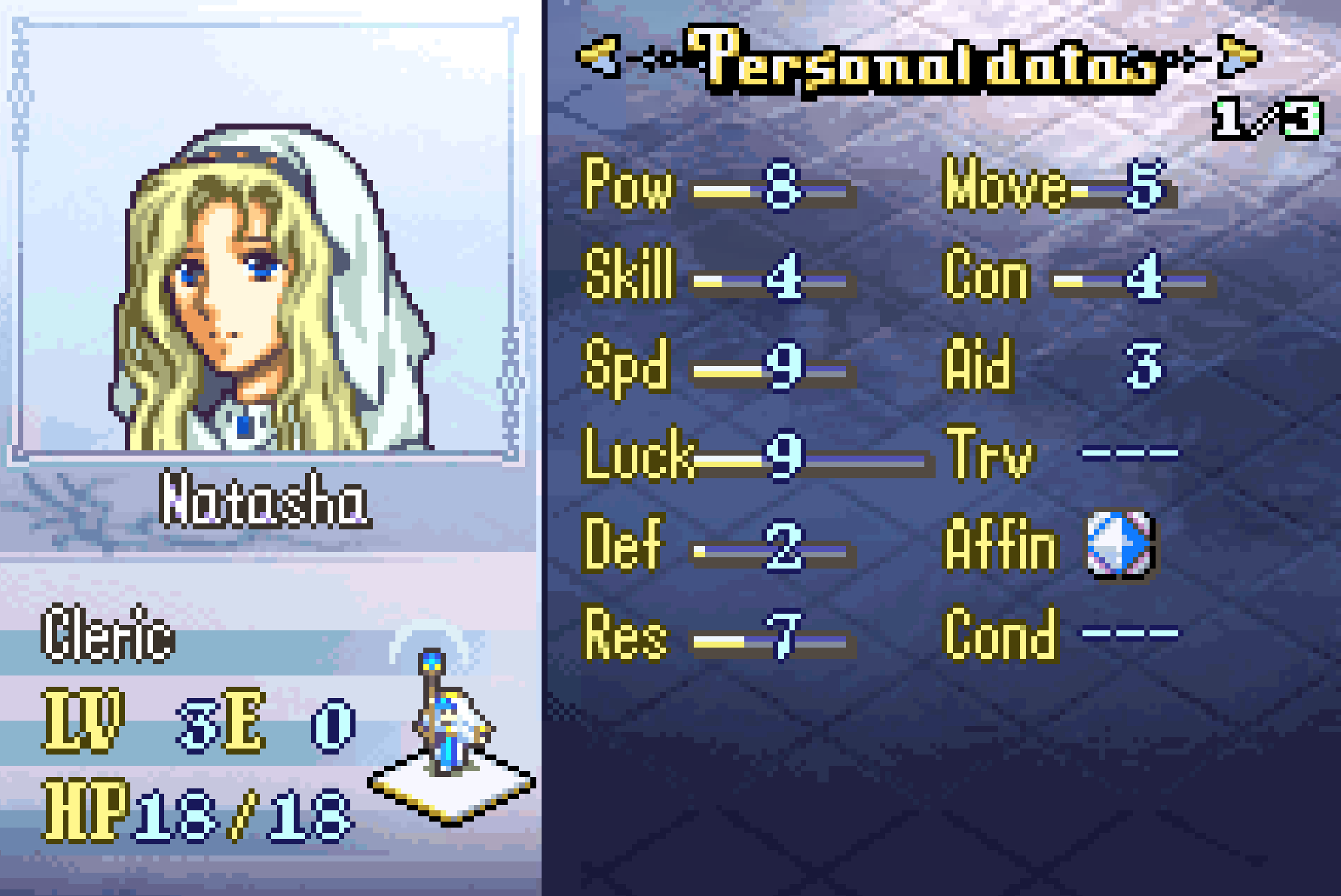 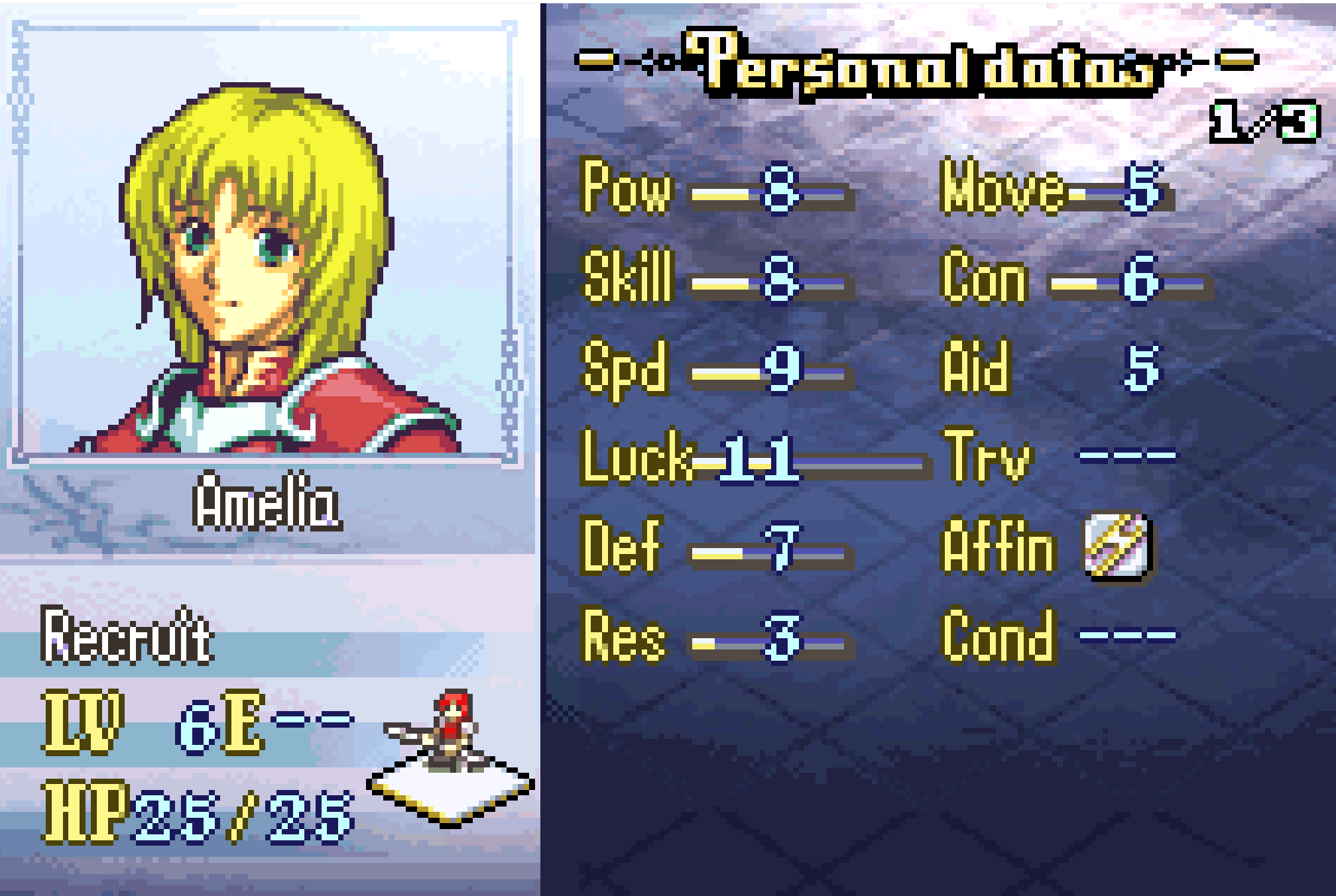 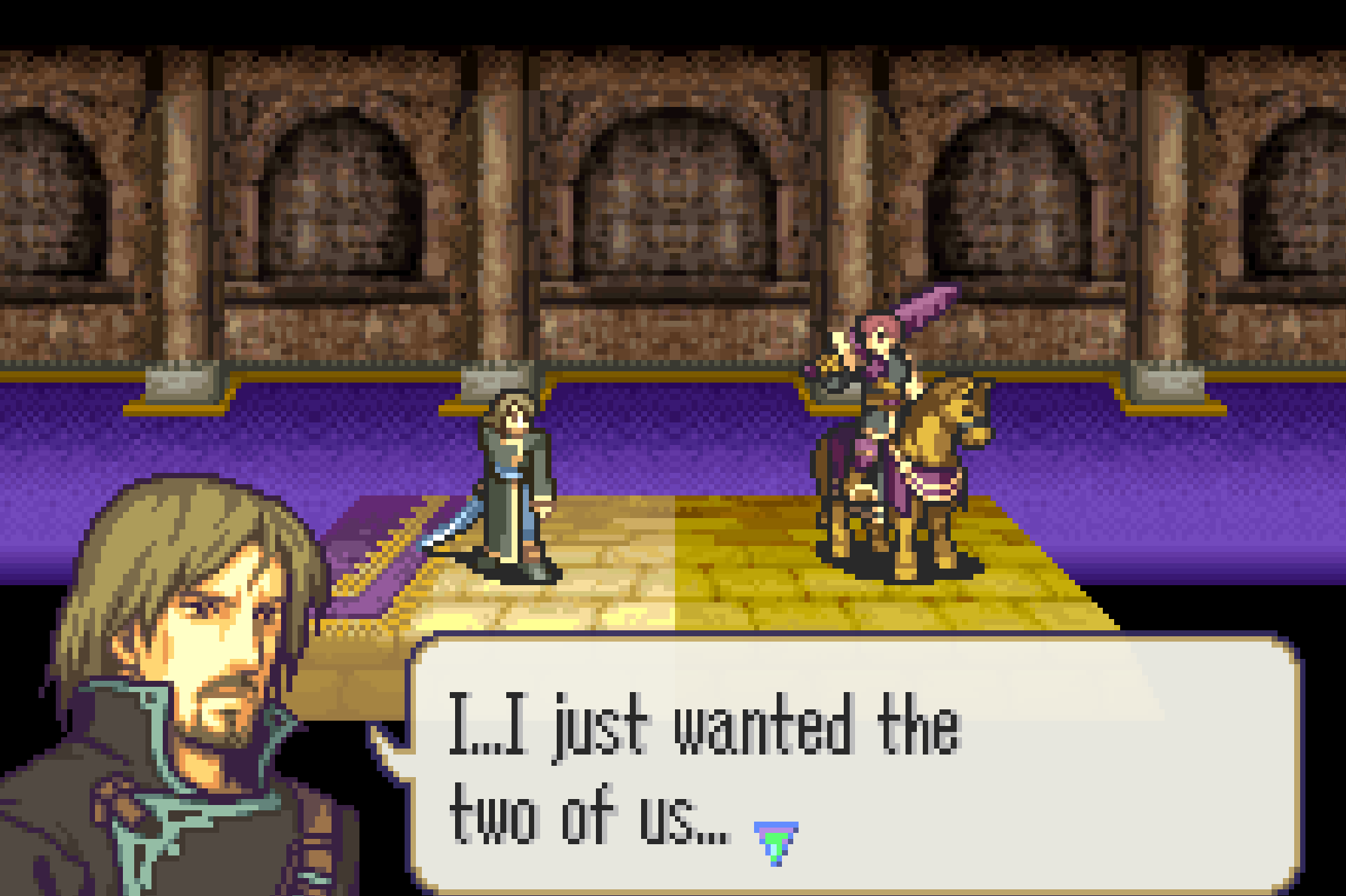 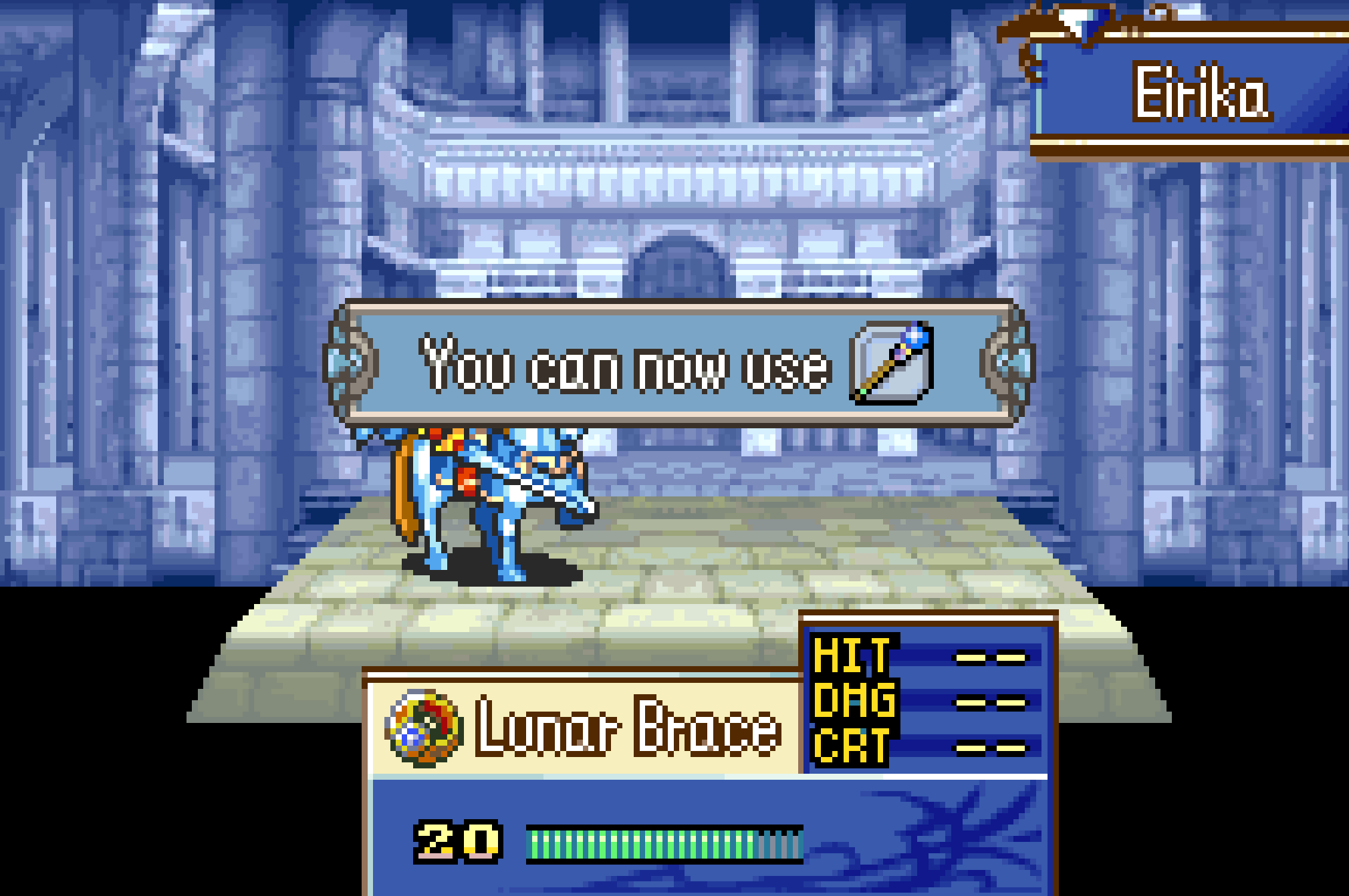 This looks interesting.
One question: does the route split works like vanilla? Or you can play both routes in one save file?

its been less then a day and i already got patch notes.

this is going to be something i guess

Are saves are compatible?

Also, can you provide a doc with the full changes in stats, growths, etc?

I don’t see why saves wouldn’t work if you patched the newest version cause it’s such a minor thing.

This looks very interesting, but is there any reason to go Bishop now that all Light tomes are effective against Monsters? It seems like a inferior promotion compared to Sage and Valkyrie now. And what about Wyvern Knights, Snipers and Assassins? Are they only changed regarding their class skill removal or did they get any new changes that make them worth using?

Both assassin and wyvern knight got new weapons, snipers have exclusive access to longbows and another bow besides monsters

Bishop has much higher promotion gains then Valk and gets C rank staves and light, they have about the same staff range increase upon promotion the matter is more around rescue utility vs stronger combat and ranged staves

So while I work on this I have a couple things in mind for the future of this besides simple balancing and writing. May as well leave it up to the community to vote. Keep in mind these are just ideas I’ve had and may not fully come to mind, but it’s always best to check to see what people are interested in.

New Prf Weapons for characters I feel need them with possible polls in the future.
or
New Gaiden Chapters (With Possibly new Recruits, though this is a heavy maybe)

The Prfs will probably come out sooner but the Gaidens are probably a bigger change in the game overall.

Rather than gaidens I think making both routes playable at the same time would be better, since there are new characters you can cover both parties and maybe even introduce the new recruits you are thinking for the gaidens.
Regardings Prf weapons, how about making class locked skills weapons available for the last chapter or the tower/ruins?

I’m keeping routes the same to how they were in base fe8 as I feel that would be to far a divergence from the base game when in reality this is meant to add not completely change.

I’m not adding skills in this. Prfs would be handled similarly to lord prfs or any other hack. Though some may be harder to get then others.

Sorry I misunderstood your stance on this hack. I though that locked class weapons (they don’t need to add skills, maybe stats would suffice) would let you spice up the tower and ruins while keeping the rest of the game vanilla and the both routes things looked better than adding gaidens with extra characters or weapons.

I’d say add more gaidens. The two biggest fe6 and 7 redux’s are known for their abundance of prfs so maybe try to make this stand out.

A fair take. Both would probably be added eventually but this is more of seeing what people want now.

Sorry I should have clarified before now. 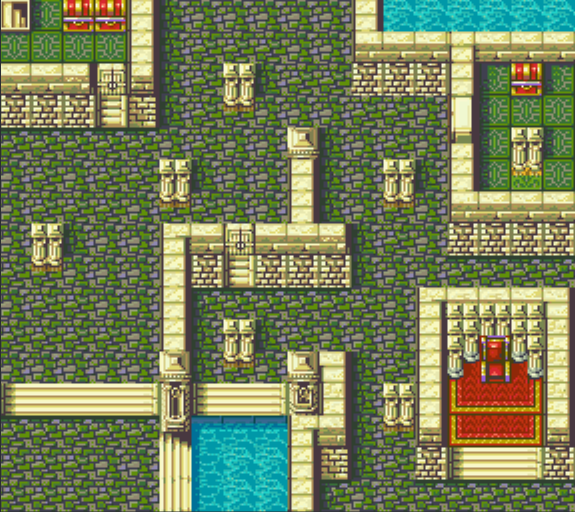 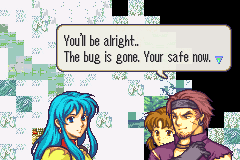 The bug is gone

i think i know whats causing that, should be fixed next patch

Speaking of bugs, for some reason the game suddenly froze when Moulder tried to heal Lute in Chapter 7 (the music kept playing normally btw). I’ve played up to the route split in another save and it never occurred, so it must happen randomly (or maybe it’s something related to my emulator).

I have absolutely no idea why but the game sometimes rarely freezes in random chapters, there isn’t really a cause for it so I’m going to try and get somebody to fix that in the future.