It says that you do not currently have a portrait for Deen from Echoes, have you tried asking the person making the remake of Echoes in the gba engine I’d they can lend you there’s?

While it is true that I’m still lacking a Dean portrait, the Sacred Echoes portraits aren’t free to use, and to my knowledge, they won’t be until the full hack is released, so I cannot ask the creator to use their portraits.

Oh, sorry I didn’t realize that. Thanks for telling me

After a long time, I finally have an update post for the hack

(honestly I’m pretty awful at making these lol), and here’s what I’ve been working on for the past few months:

With all of this said, I’m happy to announce that the game’s beta testing has now started, and hopefully It’ll take me less time to release than it took me to make this update post

That’s all for today!

The project’s looking great, glad to see you’ve been working on it. Keep it up

i love it. have fun and let your loving ideas and dreams seep into the coding of the patch i look forward to

How the project is going???

Development has been going quite well, some of my playtesters have already completed the hack and I’m currently implementing the feedback they provided, maybe I’ll be able to release the hack later this year? Who knows

The project has also been submitted to FEE3 2021, so stay tuned for that! 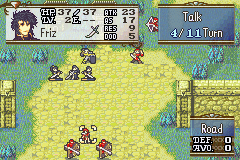 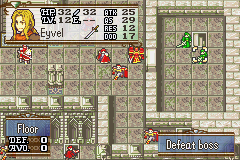 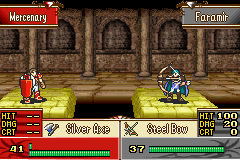 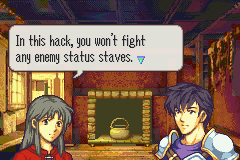 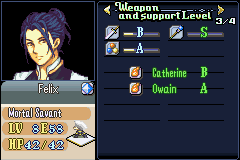 That’s it for now!

Can’t wait to be on the edge with Sword Users!

This looks really promising, myrmidons are always fun to use

There’s no patch yet.

sorry about the wait : D

Who’s the cast so far?

I dunno if you would consider Jaffar and Petra, since they’re widely regarded as Assassin class, hence the (?).

I think literally everyone who was ever a myrm (or myrm-like, for those Kaga games) in any Fire Emblem is here.

Edit:
Yeah it literally says so in the OP lol

I am the bone of my killing edge
Glass is my body and fire is my blood
I have crit over a thousand generics
Unknown to Death,
Nor known to Life.
Have withstood pain to dodge many weapons
Yet, those hands will never hold str
So as I pray, Unlimited Blade Crit.