I advise running Hope’s Trail on VBA-M, as this is the emulator that was used throughout development and testing. Some bugs have been reported on other emulators, particularly when combining Chaos and Plus mode. (As of 1.29, I believe the most severe non-VBAM crash has been fixed, but please let me know if I’m mistaken!)

Hope everyone is staying sane waiting for mainline FE news. I had a fever dream while I was stuck at home with COVID and this was the result. Please see the Hope’s Trail Documentation to get a more thorough idea than what I can list in this post.

This is a complete, 10-chapter fan game made mostly with FEBuilder. The central gimmick is that there is a pool of ~60 player characters, but only a fraction of them will be “encountered” in each run - similar to the one catch per route rule used in nuzlockes. After choosing 1 of 3 starter units, at every ‘encounter point,’ 1 of 3 characters will randomly join your party. This is intended to provide a highly replayable experience similar to a randomizer, but without the immersion-breaking and unbalanced jank that randomizers often entail.

The skill system is used to differentiate units, but sparingly. Player units and bosses have a single personal skill, and promoting grants a single skill.

In my previous project, Heaven’s Bloom, I tried doing all the art assets myself and it led to some very ugly results. This time I leaned heavily on the free to use FEUniverse art and music repositories - so I’d like to thank everyone who contributed resources to those. Specific credits are in the documentation linked above. If you see an asset in my game which wasn’t properly credited, please let me know and I will remedy that as soon as possible.

As you might expect from something based on Nuzlocking, I recommend playing this game as an ironman. There is no lord unit, so the run only wipes when all allies have fallen, and the game is short and varied enough that restarting after a gameover shouldn’t be too boring. But ultimately, play how you want, I’m happy to have people experience my work regardless!

Feedback on any aspect of the game is welcome. I fully expect some very imbalanced stuff to be found as I haven’t been able to test every permutation of encounters.

note: As of patch 1.22, if you play with battle animations I recommend keeping battle backgrounds OFF (animation setting 1). Battle backgrounds on can sometimes cause visual bugs on unit death. This is being looked into. 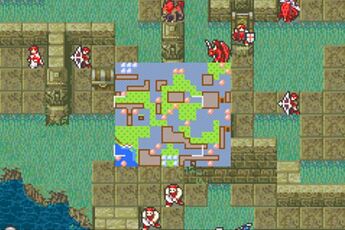 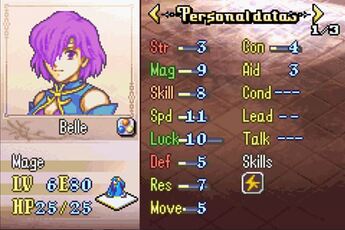 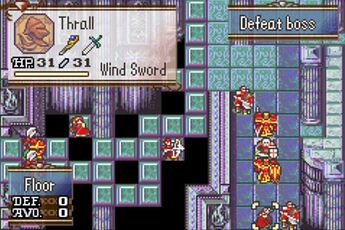 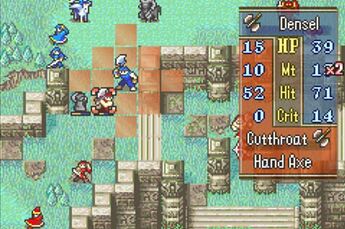 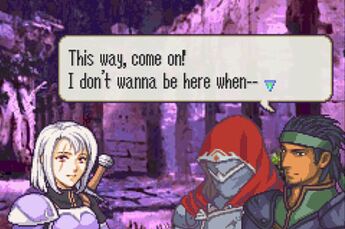 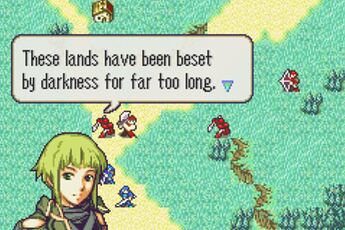 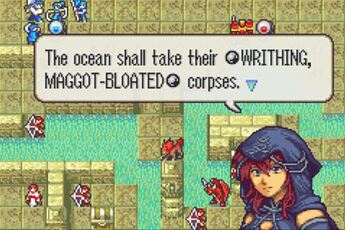 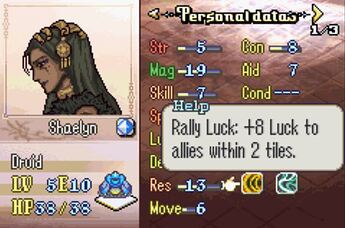 I loved Heaven’s Bloom so I’ll definitely be giving this a go. Sounds super interesting and very fun. Great job!

I might be interested in doing battle palettes for this, I’ve gotten lot of experience in that regard making Blessed Heart, and I feel like this project’s concept is super cool but needs more bells and whistles added on. Feel free to shoot me a DM on discord, I’m in the FEU server under the same tag.

Hack is really interesting, played a few runs (5 or so) on lunatic, and you weren’t kidding when you said it’s masochistically difficult. Maybe I picked the wrong starter or got unlucky rolls

but ch2 seems nearly impossible to do deathless, especially due to the 1-2 range bow on that one boss, who seems virtually unkillable and unavoidable. Idk if the intention is just to LTC the first few maps to avoid dealing with the difficult enemies, but they seem slightly overtuned. If you haven’t already, I would highly recommend doing a playthrough of the hack on lunatic with the “worst” encounters and planning around that.

Ch2 Lunatic is definitely possible deathless while still fighting the sniper, though in my experience the axe starter probably has the toughest time with it. The sword starter has crit immunity which makes it a lot safer to engage her, and the lance starter has enough defense to not care too much.

My strategy on lunatic is usually:

That being said - yeah, you shouldn’t expect to be clearing every chapter deathless on lunatic, even with good play. Sometimes the most important decision you can make is which unit must be sacrificed to keep the run going. I definitely recommend normal or hard if you want a fair and well-balanced experience

This is a fascinating concept! I’ve beaten the first two chapters on normal using the sword starter and it’s been fun! My team may be a bit unbalanced seeing as I have two sword and two bow units but it’s definitely an interesting way to play FE. Palettes would be a nice addition, it would at least differentiate the different units in combat animations besides just their name.

Does anyone else have troubles trying to open the file? It’s says it’s because of my connection but I can download another file just fine

Thunder Temple is nuts and might need tuning. Might have a particularly Res weak team but even with several holy waters, barrier, and consistent one rounds on the side mages with the 3 range bow, I could not get through the map with any less than 5 deaths. The reinforcements start way to fast and once the miniboss comes in its just a coin flip on whether your frailest unit dies each turn for the rest of the map. I’m on normal, and no map prior has been anywhere near as tough

Something you might not realize about the Thunder Temple which might help you: the purple carpet tiles give +10 res, to help provide cover against the boltings and the miniboss. I realized afterwards that this isn’t visible anywhere in game unless you pay close attention to the stats, so in the 1.02 update I’m going to add a tip about it.

You need to use a UPS patcher and apply the file to a clean FE8U rom. Or do you mean it’s not letting you download at all from Drive?

Install this to display res bonus on terrain window

based Vesly solving all my problems as usual

Looking at the doc, I’ve found some issues:

Good catches, fixed all of these in the doc - Crow’s sword rank and inventory were a holdover from before I decided to split cav weapon types.

Yep I had no idea, I’ll give it a shot knowing this

I love the game so far. Also Xela’s portrait is glitched and trying to look at her stats crash the game