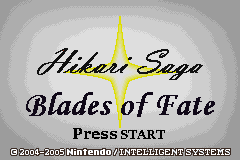 Hello, I am Breadfei, and this is the first hack I’ve publicly released on FEU. I’ve worked on this hack for quite some time with some reworks and edits, and eventually entirely restarting, but I’ve finally reached a point where I feel it’s good enough to release a small beta version.

Blades of Fate follows the story of Princess Silvia, and her journey across the continent of Hyushinai. With chaos and peril looming over the lands, somebody must act. Silvia, the destined Lightbearer, has finally received her call.

Note: I recommend playing the hack on mGBA. Other emulators may work just fine, but the hack was tested on mGBA. If you play on a different emulator, there may be bugs. 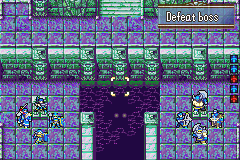 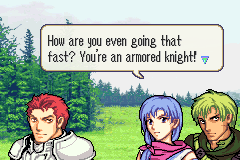 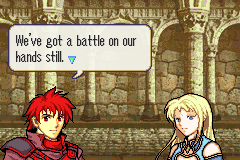 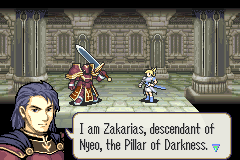 The hack is not super tested at the time of release, minus playthroughs by myself for now.

If you wish to read all of the story, there are many characters that must be kept alive. As of the 1/15/23 release, only 1 character is required for main story.

Credits should all be in the readme.

Interesting story and characters. Looking forward to play it, but after that, I’ll gladly wait until it is done. I love hack games and knowing you guys do hacks, inspired me to do the same. Keep it up!

When Liana did a special/critical move, she breathed, taking a sigh of breath before doing such. That was so cute! The animations and critical style of these characters are awesome! Weapons and such are great too and man the fire emblem sacred stones map to pick is nice to have again! Even the not take turn but by action reminds me of Final Fantasy Tactics Advance and one other game like it. I love this so much! Keep up the great work, looking forward for more upcoming update to play more. Still playing it too. This is so great!

heads up, the samurai credit is incorrect. Iaijutsu Rogue is not the creator, GabrielKnight is the creator

Oh, okay. I must have misread it when I was getting all the credits. I’ll have it fixed soon

Played hack, it was fun!

Starts off a bit weak but definitely improves as it goes on, but that’s generally to be expected of anything, you learn more as you work on it so the newer parts come out better, especially when you’re starting out. By chapter 3 it’s pretty good!

Definitely could do with some general polish, there are small graphical errors a lot because you don’t fade out while changing/removing backgrounds, changing the map, or transitioning from world map cutscene to traversable world map for the first time, there’s the occasional small spelling or grammatical error, but these are pretty minor all things considered

That’s pretty much the only thing that doesn’t get consistently better as the game goes on though, the writing starts a bit awkward but improves, the graphics improve, the level design improves, there’s a lot of potential here and I’m definitely interested in seeing where it goes!

Am having fun with this hack! I had time to play up to chapter 3 today, but it’s was pretty nice so far.
I really like some of the animations, particularly Liana’s, she’s so cool! I also enjoy the dynamic between her and Rayen, very cute.

As for feedback on gameplay that hasn’t been mentioned before (playing on normal):

Tiego… Having a lance armored knight in a chapter full of axe users is something, I’ll tell ya. Poor dude couldn’t even block damage from archers. Combined with Provoke, I ended up killing him by turn 2

That’s on me as well, but I think my man deserves a bit more defense.

So, I think I may have used the archer girl a little too much. She and Oliver are both level 8 by the end of chapter 2, but she ran out of bow uses… I don’t remember if there’s an extra bow in Supplies, but if not I’d recommend it. Side note, thank goodness for giving Liana’s PRF 50 uses

The new turn order here is interesting and unique, fresh. Makes you think about battles a little differently. The fact I don’t know how the AI order works here scares me a bit, makes me play more cautiously than before, which is a good and bad thing I guess? I do have some gripes with it, biggest one being how enemies who have acted have the same gray tint as actors. I found myself way too often moving an unit near a grayed enemy and waiting without thinking too much, only to ask myself “Hey, I don’t remember having a Fighter…”. Dunno if you can address that, but it gets me way too often.

I’m a fan of how you implemented bronze weapons and especially knives. I also like the concept of class-exclusive weapons instead of just PRFs; I already only used blade-type swords on mercs anyway. And having a jagen archetype with Rally is new to me. Rayen is very powerful so in fear of killing enemies and “stealing exp” I sometimes leave him as backup and rally when needed. Of course, all that power makes him great at dealing with emergencies.

Finally, in the first map, I saw some units using proc skills like Sol and Astra, yet those don’t show in the skills section. I’m not too familiar with skills on GBA, are those class skills? And is it possible to have them displayed alongside other skills?

More of a general tip, but when you get close to the end of the game, consider reworking the first map. It’s supposed to be a playground to experiment with the new system, and it does that well, I just think it needs… spice? Some tutorial prompts on the new turn order would be nice but that’s just me.

I really enjoyed the game and had a lot of fun with it. The initiative system was fresh and new. The units all felt like they belonged. And the maps were a lot of fun.
I just encountered one weird thing were that one general who appears in chapter 2 just ignored the group and fucked of to sowhere else. He felt like a anti turtling insentive but ignored the group completely. 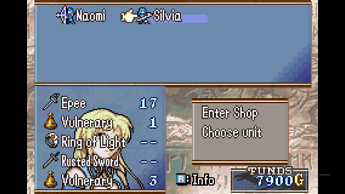 I’m resilient enough to not be mad at this, but it took me two hours. I barely survived the fourth attempt, as you can see. What a doozie. I want to play more, but I’m afraid I’ll have to reset (and possibly even play on easy mode).

There are too many enemies, I feel. For every player unit that acts, three enemy units follow. Not only is that enough to gangbang a player unit, but if you do lose someone, you also lose that response turn so the enemy gets extra turns. The Turn 3 reinforcements at the bottom are very bad as unless Rayen and Silvia are in attack range, they will act and kill one of your weak bottom units with no time to respond. For your information, my units at the bottom could rarely solo enemies, so there’s that. I think it could be a fun map in a standard turn format, but your new turn system requires new design techniques.

Without Tiego, the healer Ellie(?) is mostly guaranteed to be targeted in the first round. Mostly because the enemy order is confusing. Miracle doesn’t patch this; even if she got to heal everyone every turn there wouldn’t be enough healing, but she also has to use vulneraries to ensure miracle activation.

Mage Girl’s status screen says she can talk to Adrielle, but the command didn’t show up. I’m also surprised there’s no Talk between Ellie and Rayen, so see if that’s something you think would add to the map. I feel the anti-turtle general needs a bit more spice, maybe say he’s looking for something or someone, Idk. As Dex shared, he won’t chase your units, and without a “villain speech” he isn’t very scary.

The “Escape” objective wasn’t very clear. I spent 10 turns walking around the map. In retrospect, it makes sense being at the bottom, but which bottom? There’s no special tile indicating that’s the exit point, and no Escape command when you do stand there.
I’d handle this with a two-pronged approach: First, have a scene moving the cursor to the exact tiles to escape (which I know you have, but are too fast so slow them down) followed by text explaining those are the tiles you should stand and WAIT on. Second, change the escape in case the player forgets / suspends the game. They can be as simple as stairs or glowing yellow “objective” tiles.

Some general details I wanna share: If someone dies, the map music cuts out.
Chapter 3 I’m almost sure has more enemies act than the turn display suggests; I know that definitely happens if one of your units die, but I have the impression it happened anyway.
If Naomi didn’t run out of bow uses, Oliver probably would have broken one weapon. I’d love to see some extras in Silvia’s supply just in case.

The story is really getting my attention, a magic transforming sword, that’s awesome. The lake in Ch3 makes the map very memorable but otherwise the map is very yellow haha. I enjoyed the character designs so far, with a minor exception to one of the prologue gods (the one with Neimi’s hair, her young face doesn’t fit her bulky muscle mommy battle sprite).
For someone’s first public hack it’s great. Up to this point the maps have been fun and I’ve enjoyed the plot (although my bar for character writing is pretty low so who knows).
I laughed out loud at Tiego, so there’s that as well.

I’ve been getting lots of mixed opinions on the turn flow, especially on chapter 3. I plan to have separate patches with and without the turnflow for next release though.

The turn flow thing can really throw someone off that isn’t used to it. I have gotten experience with something very similar from a very unknown game, that’s why I enjoyed it probably a bit more then others.