I’ve only played through to 4x at this point but I thought I would share since there’s a definitely potential in this project.

Hi @scort thanks for giving it a try and for your feedback, it is incredibly helpful!

Replies to your notes are below:

I played the hack up to chapter 6x. I think its a promising first release. Turning a squad of losers into killing machines in just a few chapters does stimulate my monkey brain. I also like some of the unique map gimmicks each chapter presented.

In short, hope my feedback can be of some help. It’s an interesting project and look forward to more in the future.

Thanks for giving it a try and thanks for the feedback! I read it all and you make some good points and point out things I missed, so thank you for pointing them out to me.

You feedback was immensely helpful! Thank you for it.

First off I want to thank everyone who has playtested the hack thus far, the feedback has been very helpful! The hack has been updated a lot with the comments from various playtesters. Most of the changes only are relevant to the first 6 chapters since that is what I got the most feedback on. The changes are mostly minor, but there are a lot of them, but I’m not going to list them all here. Some things are:

I’m unsure at what point its a good idea to announce I made changes, or if I should just quietly sneak changes in while no one is looking, but this seems like it was enough to warrant another post.

I completed chapter 2 but I had to restart a few times.The problem is nobody in the squad has bulk to take a few hit.All of them are squishy & gets 2 shot.Please make someone a bit more bulky.I would suggest you to give Ryne 2-3 more defense at base that would help a lot in early game.

Sure, I just gave everyone asides from Quinn an additional 1-2 defense.

when i promote skylar into a griffon rider, she can’t use her iron blade anymore, but griffon riders are supposed to use swords

Thanks for catching that, I just updated the ups to fix it.

More updates have been added! These updates focus on the comments from @Rivian and the playtest by @Xilirite . Thank you both for giving the hack a try!

The most important change is:
All trainees have been made strictly better, than the were before. If you found the hack unbearably hard when you tried it at launch, it should be much less nonsense now.

The pirate guy for some reason is always poisoned. Also is chapter 4x suppose to end when you route? Because I killed the boss and the chapter just continued. If it’s supposed to be like that maybe don’t us silver weapon skeletons

Thanks for catching the poison with Percy. I just fixed it. As for the boss of chapter 4x, it’s not a route chapter:

Found that Ash can “steal” from party members.

Doesn’t cause an error or anything though. But could act as an exploit to max him. 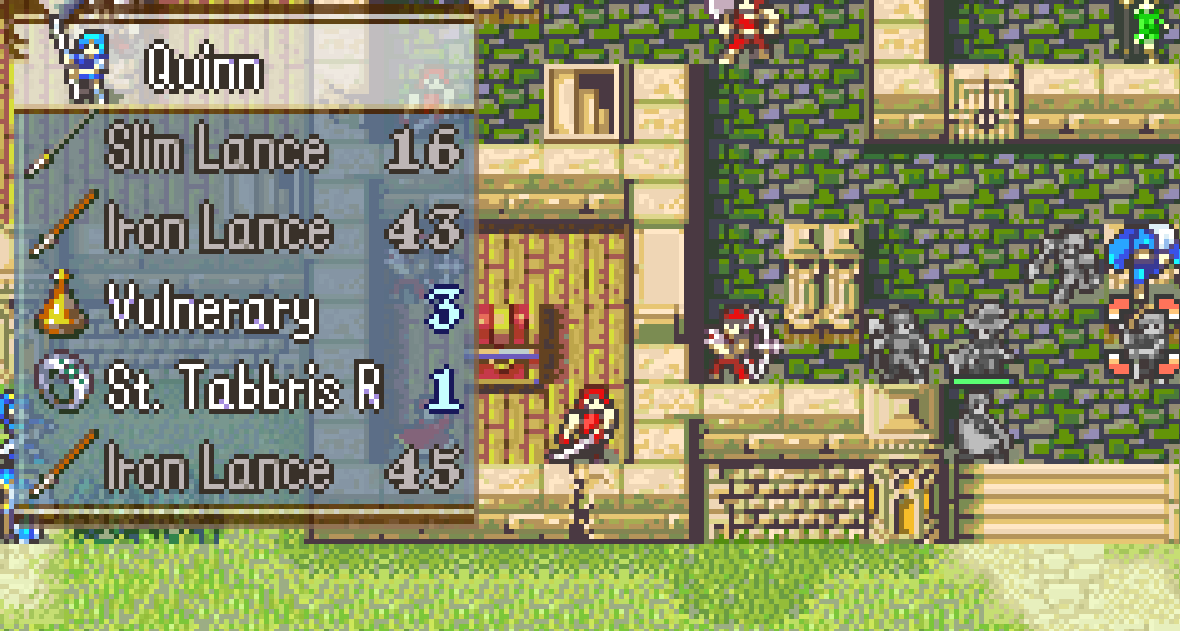 Ch4x Boss’s portrait and name are broken when viewing. 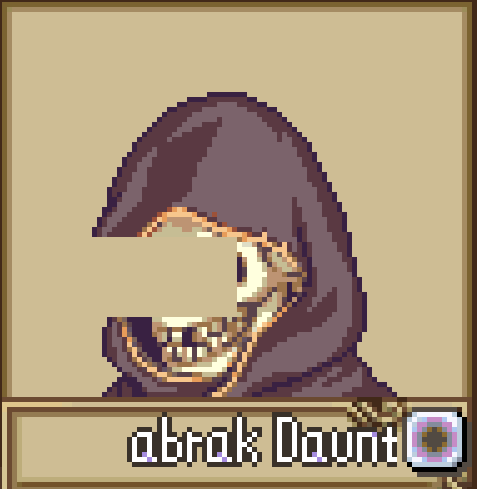 No screentshot but the Unit name Crossbowman cuts off the n when viewing.

Thanks for giving it a play!

The things you mentioned that could be fixed were and the ups has been updated.

The Ch4X Boss portrait is still missing his eyes.

There appears to be an issue with Short bow’s. 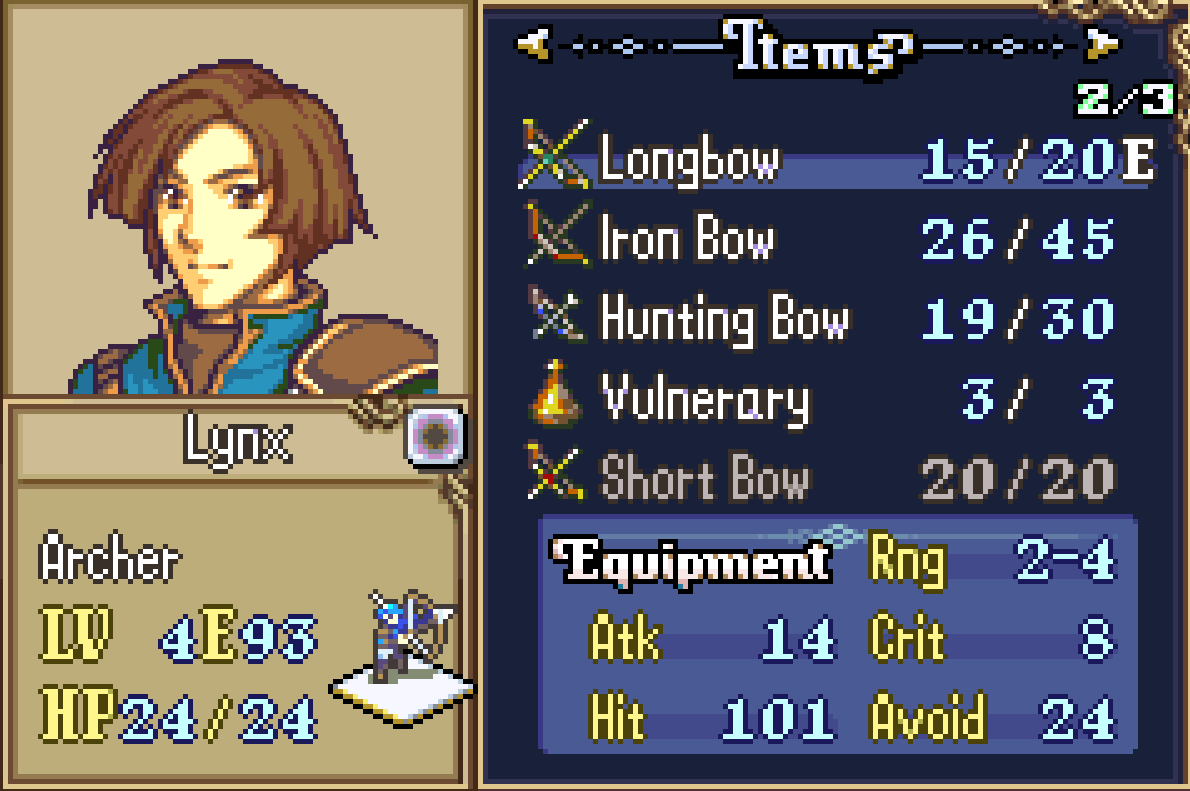 Skeletons not being able to use them was an oversight, it has been changed.

The Ch4X Boss portrait is still missing his eyes.

It seems to have been an issue with his invisible mouth covering his eyes. But it is also now fixed.

It seems the Boss’s Drop in chapter 3 is broken, his inventory has a droppable Magic ring, but once defeated he drops 8000 gold instead, additionally stealing the ring with Ash makes it disappear and neither reward is obtained.

Thanks for giving it a try and for catching that. There was hard coding on the item slot I used to create the Magic Ring. I removed it. The new patch contains this fix.