Just a little something I started working on after discovering FEBuilder/recovering from COVID back in February. Most of the changes were probably palette in nature, but I did fiddle with a bit of everything, and had many fun crashes and faults along the way to something that I hope is a polished patch. (It doesn’t stutter on my PSP emulator, one of the far pickier ones for patches that I’ve seen.) 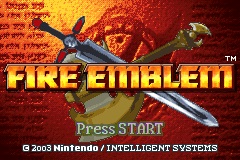 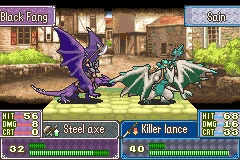 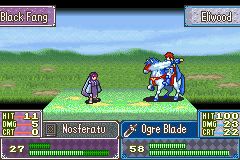 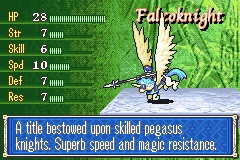 Ideally I went about trying to stabilize out some of the bad randomization that can happen while making it overall harder by leaning into better HP and Luck on both sides and making weapons feel like more of an upgrade to compensate for the former.
Lots of changes (Including QoL stuff patched in), but some highlights to look out for;

While I’m marking this as complete, I would appreciate feedback to further tweak it because I have one last sweeping change I want to make with adding weapons. Personally played HHM so Normal and Eliwood route feedback would be pretty valuable in particular.

Did you add +1 move to knight, general and hector promo?

I did things. Things that make some of the classes like the Armor and Archer lines more usable. Though… I had an idea to help them out a little more… Scribbles some notes Version 1.1 things.

Wild, not sure why I’d change that character slot to -3 Pow. Does getting into combat with it do extremely dumb things?

EDIT: Nope, this looks fine, game is fine with negative Str/Luck, does not have a sanity check for negative Res though, that’s some shenanigans.

Also, is the reaver effect in the Armorslayer intentional? Maybe you should change the description since it has two effects now.

Giving away the farm, are ya? Also space limitations. It’s just a little more effective than previously assumed.

Sorry, just thought you might have forgotten. Also if you want I won’t spoil anything else.

Man, those changes sound all over the place… I’m interested!

Yeah, I tried to darken the ‘taken turn’ units even further and ultimately the palette gives most units a thick black outline, but I still got messed up from time to time because there aren’t a lot of bright red/yellow highlights like the original. I didn’t want to completely make them lose all depth by making them -too- dark though. Might need to consider making more contrast elsewhere somehow.

And I don’t know, in my runs Wil didn’t end up missing that much, but it’s still designed so he’s a viable option to give the Emblem Seal for the Lyn arc.

Hey! I am playing this rehaul and it sure feels way different to many others around here

I just wanted to make a quick question: What’s the intended difficulty for the game?

in the op it says it was tested on HHM

I wanted it to be a little harder than vanilla, at least in the hard modes. Harder, but less ‘dying randomly to 1% crit’ so it might feel a little easier to some in that regard if one already has an idea about how vanilla meta works.

Also possible to just break the game even harder with some knowledge about some of the edits I did, which is why I’m trying to be mum about it, hoping it’s worth a second playthrough to do exactly that.

Welcome back from lurker town, btw.

Haha great. Yeah is just that i was finding quite the challenge from the lower weapon durability and the greater enemy quality overall but maybe i just have skill issue.

Then I’m being successful in making you consider your weapon resources.

Hey this hacks looks interesting, I’m particularly interested by the Wyvern Lord Sain. I wanted to know if there was an estimate for when the 1.1 update would release? I don’t want to be in the more then halfway through the game and a major game patch comes out that changes how the game is played.

It’ll be a while, and won’t change much outside of the later half of the hardmodes, at least as I’m drawing up the concept now.

As in, most of the changes for 1.1 as of now are just Weapons+ (Like 3H) added will just be the same as base game but with added Mt/uses and given to some late shops and hard mode enemies that could use the help.

Perfect! I’ll give it a play then!