After playing the first few chapters, I think this hack needs more work to provide an experience that differs from FE6 in an enjoyable way.

Starting from an aesthetic standpoint, the changes made are more to the game’s detriment than its gain. The project looks bland, as all the tileset palettes seen so far are reused from FE8. Swapping the colors of two fire emblem games doesn’t feel “brand new” to me when I play. It lacks the identity of FE6’s original look while offering nothing original. In addition, the portrait recolors often lack good color choice and contrast. 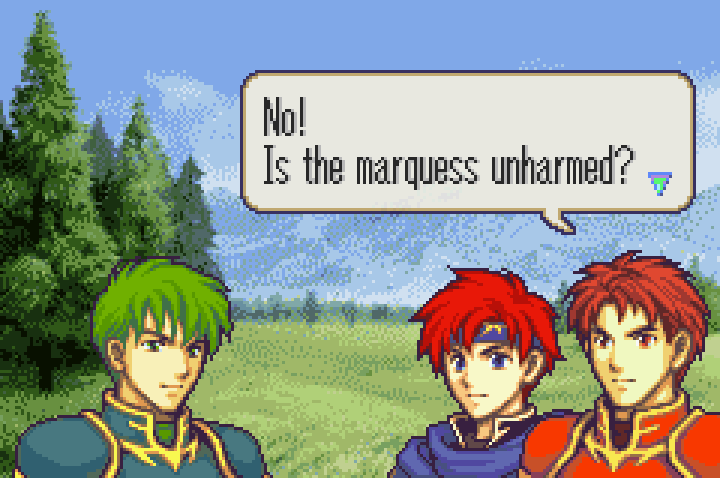 image720×478 13.1 KB
Lance’s hair uses a muddied green that makes it look sickly rather than natural like the original. In addition, the shades of his armor blend together rather than creating the look of edges. Roy and Alan’s clothes suffer from the same issue. 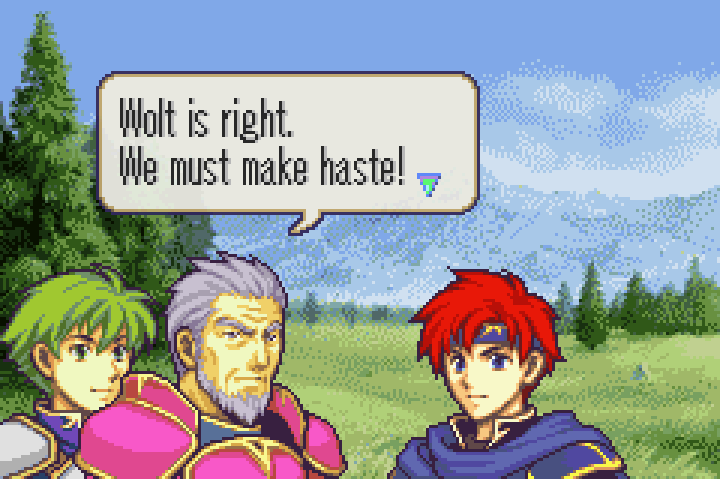 image720×479 13.4 KB
Marcus’ pink armor is jarring in addition to continuing the trend of poor contrast.

The battle screen and palettes are also lacking in terms of use of color. The screen is dark, and doesn’t mesh well with the brightness of the rest of the game or the weapon icons. The battle palettes have colors put together which blend to make a muddy feel. 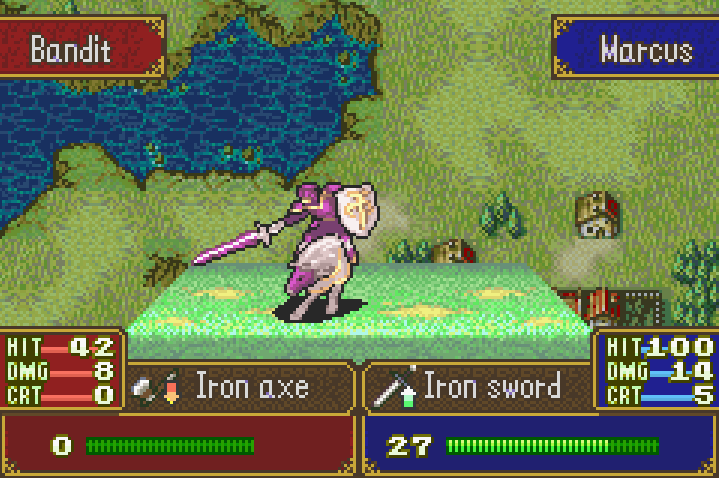 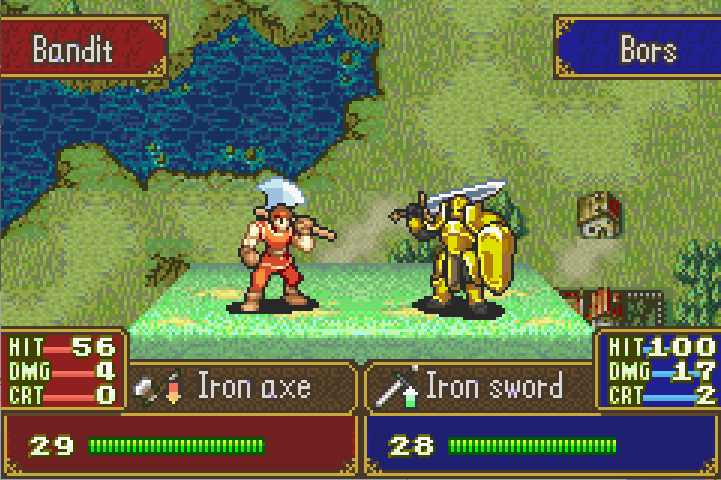 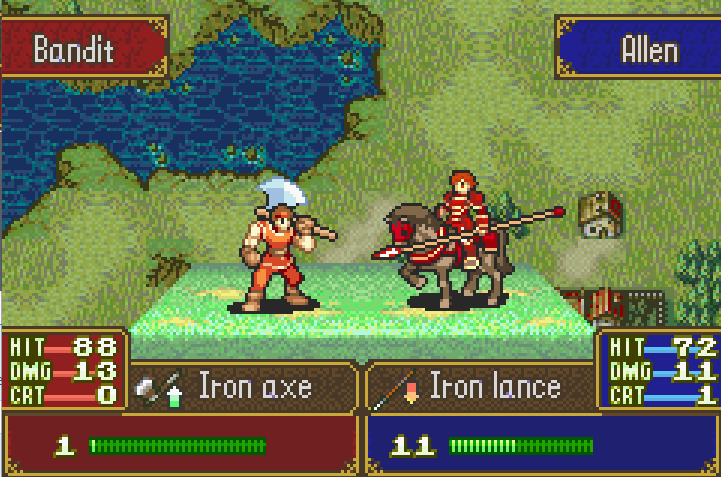 In addition, the menu palette changes results in some text becoming ugly and hard to read. 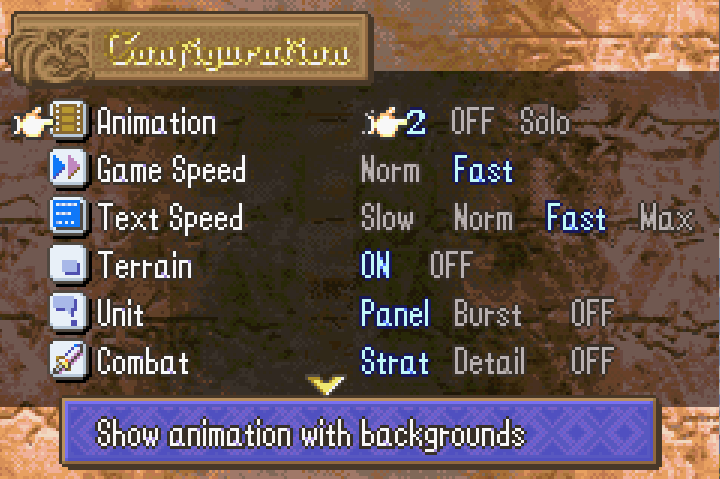 Some items have no outline or random pixels of color. 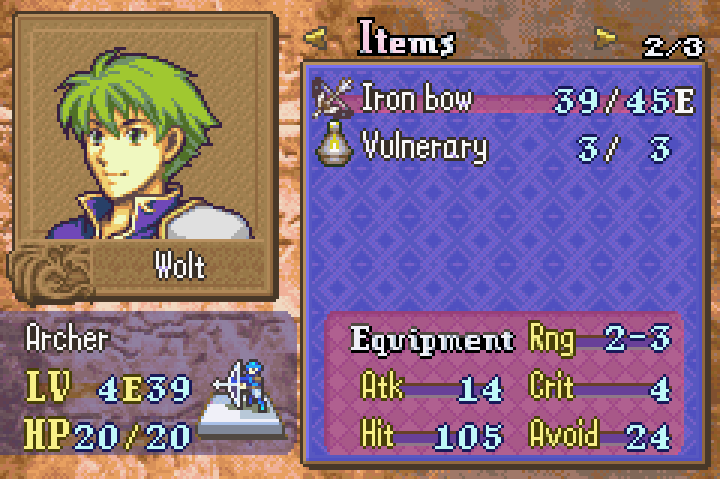 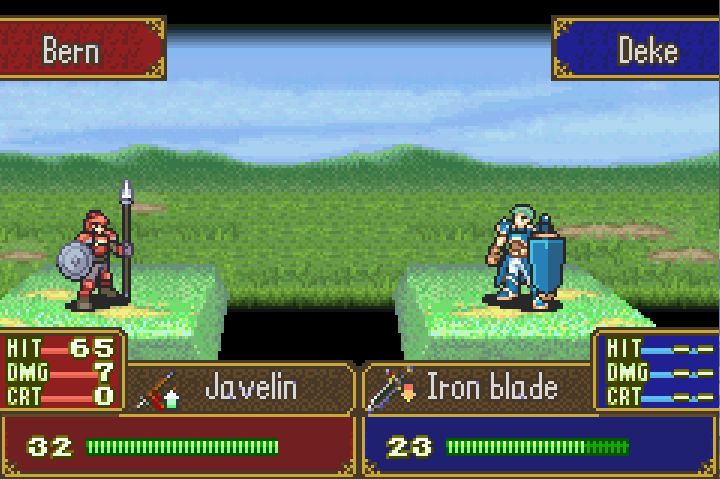 Aesthetically, the idea is solid but the execution could be better. Wolt is an example of a portrait and battle palette which stays true to the original idea in the new colors. I would recommend revisiting the colors to create more contrast and a feel similar to the original within the new style. Map palettes could use recoloring to make them similar to Elibe rather than Magvel.

Playing the beginning chapters, the gameplay changes made the experience less challenging without adding anything to balance them besides the increased range of archers. A good example of this is Deke, who has his level increased to 10, receiving a buff to his bases in addition to starting with a Hero Crest in his inventory. His improved performance as a result robs hard mode, the intended difficulty, of some of its challenge. The other character buffs work to similar effect as enemies remain similar to their original forms.

Overall, the project is ambitious in its novelty and the amount of time spent, but the execution needs some work.

All this love for Fe6 puts a smile on my face.
Maybe it’s a premonition for a soon-to-be announced MoD update

The more aggressive nature of player units actually makes the game more fun in my opinion. Sure, it’s easier, but it speeds up the pace greatly, and that was always one of my biggest issues with FE6, and I’d rather have an easy-but-fun game than a hard-yet-boring one.

I appreciate the criticism, I’ve actually been hoping for some to come by.

As far as the character colors go, character portraits were (obviously) inspired by their official art more than any other source. Lance’s hair color is a product of that. 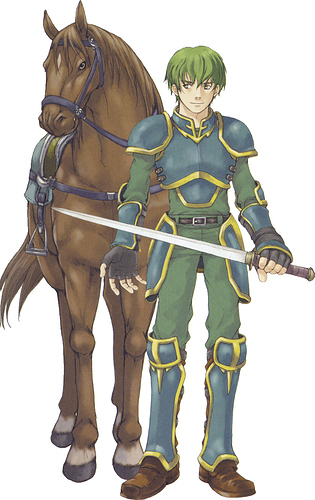 Marcus was toned down in the current patch due to complaints of his portrait looking too garish, the current one that is in use can be seen here.

As for the map palettes, I do intend to go back and modify those one day since there have been some I’ve seen that look nicer without being distractingly bright like the original, though at the moment not much can be done in terms of graphics due to most of my time being taken up by college.

Difficulty-wise the earlygame is intended to be easier than the original, with it growing steadily more challenging from chapter 8 and onward. Player phase is the name of the game here, kind of like in New Mystery. Whether you find this a good change or not is perfectly fine, but as someone who personally found the earlygame of FE6 to be its weakest link, I’d rather it stay like this instead of being closer to how it was in the Vanilla game.

Regardless, I’m glad you’ve taken the time to point out where the flaws lie and I intend on addressing some of them in the future. Thank you for your words!

Sorry on the late response, but I wanted to thank you for pointing these out to me, I changed the values listed and so far nothing has broken or crashed, so I think 1 RN is fully functioning.

What I am curious about is “騎馬救出制限パッチ” (mount Rescue Restriction Patch), and whether or not you may have it.

Yes, Open him in hex and paste it in the corresponding position

Seconding the bug mentioned by Dedesett.

The screen moves to the boss before the game softlocks, if that helps in tracking down the issue.

Other than that unfortunate bug, great job with the hack.

I actually found the bug myself just now. The patch is now updated so that this doesn’t happen. Happy playing, and thank you for the compliment 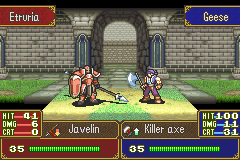 Btw when I commissioned Der to make the new pirate animation I asked for a version that doesn’t feature a bandana specifically for Geese. If you look in the file that he dropped you’ll see a no-bandana option. Just a heads up if you want to go that route. (Also applicable for Ross which is why the hair is slightly shorter).

Late reply, but I just now noticed one of the replies in here.

You can fix the Iron Blade by properly converting the entirety of the background color from my icon to the color used in the graphics in-game… :]

For the Iron Bow, it really just needs to not have so much of the purple outline color on the interior of the arms of the bow, which is why the single pixels of the dark blue-grey look out of place on them.

Bloopy does make a great point about your battle sprite palettes - some are very “muddy” because the colors are too close together in brightness (Allen, Marcus) and need more contrast between them, while others, like Bors, are a little too garish because the contrast is too high between them. The enemy Bandit Fighter clothing shades are a great example of a good contrast ramp, IMO.

I will admit that I’m not too great with colors myself, which is why pretty much all of the palettes in those screenshots are no longer used. Ltranc went ahead and made a lot of nicer looking ones for me, which I will make sure to give him full credit for.

As for the weapon icons tip, I’m glad you let me know about that! Although those particular icons have already been replaced with other ones

Thank you for the heads-up though. I’m always aiming to improve and this is just another step in that lifelong process. 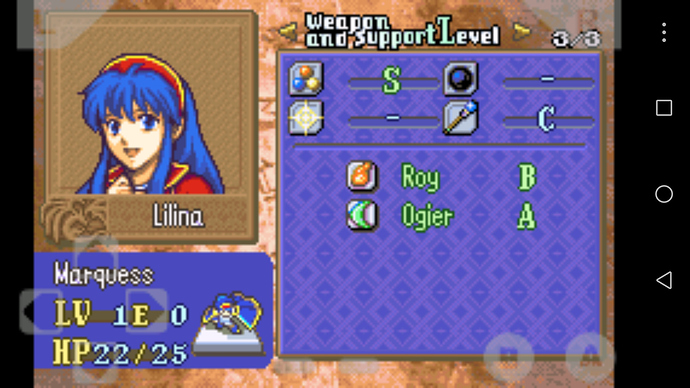 She is, I’m guessing at some point I must have taken it off accidentally.

Anyhow, the patch is updated so you can go right back to having light magic Lilina again. Just know that Geese starts off using class slot 36 now since he’s meant to have a unique pirate sprite.

Wait,localized named? Dang, zelot will never disappear I guess. Will you also use secondary localised termonology then?

Roy promotes with a regular Knight’s Crest, so you can promote him whenever you want. As for Armads, guess you just missed the gaiden requirements.

Define secondary, I’m not entirely sure what you’re referring to.

Stuff like the officially localised Code of the Ilian pegasusknights.

I wasn’t even aware that was a thing! Is it ever stated ingame? I may end up revising it to reflect that if it is.