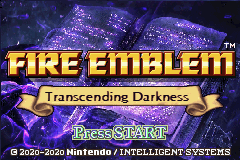 Welcome to FE Transcending Darkness, this hack is a sequel to FE The Grand Uprising.
In this hack you will explore the multiples-sides of war. You will be playing as the soldiers from a distant army who each have their own motives for their doings and must make sacrifices for the greater good of their world however they soon realize that thing’s may not be as black and white as they thought…
Big Mechanics:
-Resource management
-Toggleable Danger radius
-Fates XP
-25%+ and +2 dmg from WTA
-Skills
-Split convoys
-Custom classes
-Buyable magic swords
-Leadership stars
-Bows WTA to magic
-2 different parties
-Character based Promotions
Important notes: Please read the difficulty descriptions when you start a game. Additionally please
use the guide feature of the hack as it will display many if not all of the unique changes this hack
has compared to FE8.
Screenshots: 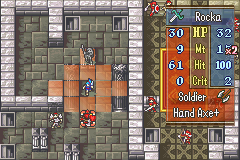 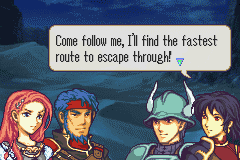 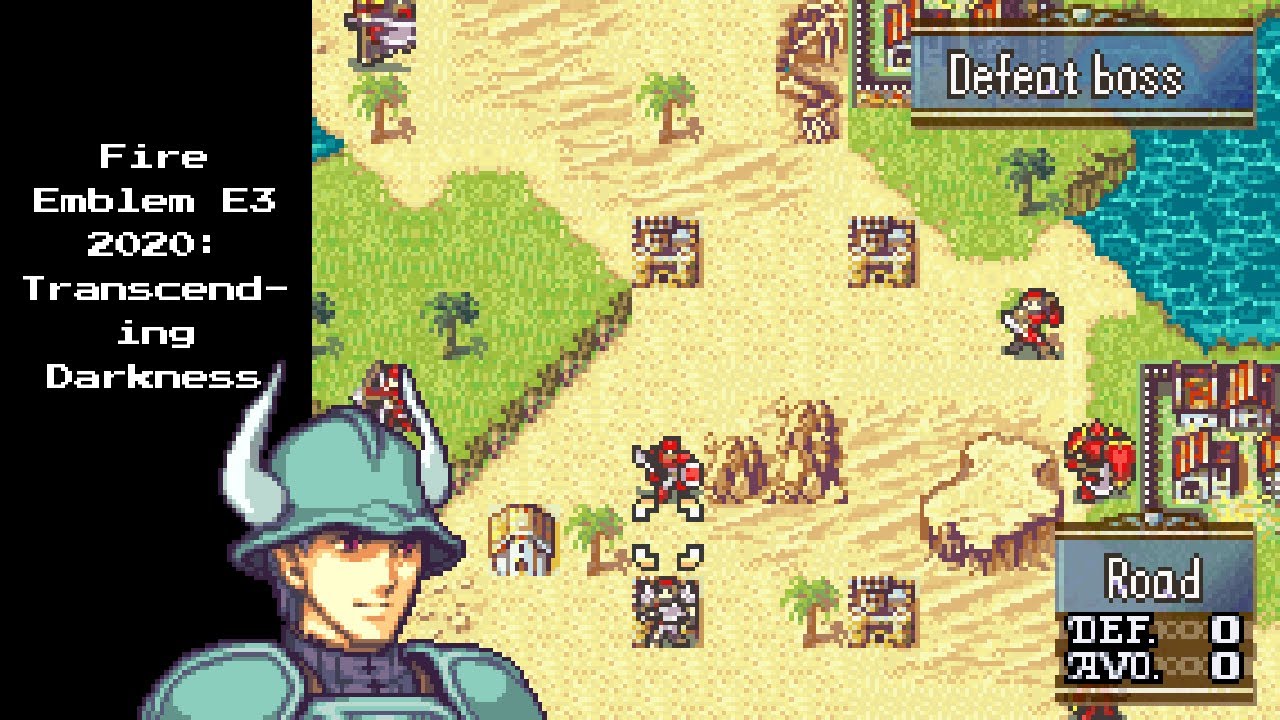 Hack’s Dev discord link: https://discord.gg/SM4DZfN
Hack Download link: HERE!
There won’t be another update (unless there’s a big bug or fix needed) until chapter 20 more or less
so stay tuned in the dev server if you would like to see the development of the hack. Till next time!
11 Likes
Zoisite July 30, 2020, 1:01am #2

if you’re using buildfiles i could change the layout of the personal data table to something more of your liking, can’t do it in febuilder without learning about skill custom build lol
i am glad to see people using it though!!! :DDD

Hey the character’s name is Guam, are you from Guam?

Funny enough, when I made the name I had no idea that it was a actual place lol.

You’re kidding! That’s wild! You got yourself a fan from Guam! Look it up, tropical paradise

The Demo has been released! The first thread has been conpletely redone Enjoy! Easiest way to communicate about me with anything is in the discord link provided in the first thread thanks!

You’ll see if she can in the story.

I’ve finished the first chapter of this demo.

But the second chapter is much harder than the first i dont even know where to “escape” cause i die at first turn i dont know if im just a noob or this game is just hard(im not playing hard mode just normal).

Update the rom using the same link, chapter 2 reinforcements have been tweaked so that there’s less magic users as reinforcements, it’s relatively hard but as long as you keep your healer away from ballista range you’ll be fine. Don’t be afraid to use vulneraries if you need to as you’ll have plenty of opportunities later on. Weapon Triangle is once again extremely important so always use it to your advantage. Chapter 2 is definitely a tougher one for sure.

FE TD has now been released! I hope people will enjoy it, it’s a pretty difficult hack at times so keep aware that it may really test you but I still think it’s a fun experience. The download link is in the first post of this thread!

For anyone who already downloaded it, please update the Ups, there was a glitch with a certain character in chapter 7 that will cause frustration to say the least. The same link will work for updating it.

And another update v0.1.2 so quickly haha…well after this there shouldnt be any gameplay interfering hacks much at all.
Fixes:
-Chapter 12 tile change didnt work
-Reduced a certain reinforcement in chapter 11
-tweaked some of chapter 5
-bug fixing/description fixing
Known bugs: softresetting during a battle animation will free, theres a reported glitch where healing animations on destructor forces animations to be used even when turned off and the cursor for the escape tile in chapter 13 is a bit funky when moving it to the tile, just move it around and it’ll be fixed.
I’ll fix these bugs at a later time, have a nice day.

Here’s my two cents after playing the current release.

…huh. Guess I ended up writing more than I first expected, but here it is.

Thanks for the feedback glad you liked it! most of these bugs have been fixed and I plan in the future to rework the reinforcements for quite the amount of chapters, The lack of linearity in some of the maps have to do with the low amount of units in the early portion of the game However adding small side objectives is something I plan to add later for more chapters. The future midgame will be significantly less linear where the recruitable unit amount will be greatly increased and therefore allowing for more flexibility in making maps less linear. I’ll take the feedback to account for future releases

Update V0.1.3 is out
changes/fixes
-Fixed more descriptions and bugs
-Fixed spelling errors
-Supply has been decreased from 100->75 for each party due to EMS issues, however you can combine weapons by sending them into the supply whilst holding L+A
-Changed a portrait for Madelyn
that’s all for now.