Many years ago there was a post on serenes that made my blood boil. It was essentially complaining that some EN mugs weren’t better than those in a commercial game. No matter what you do there will always be bustas with impossible to meet standards and screeching 12-year olds.

I’m sorry if this sound silly but, can we borrow some of your graphics assets ?

As much as I also hate the people that harassed him, if he wants to take a break, he should be allowed that opportunity.

Late but EN was one of the first hacks I played like 4 years ago so I feel like saying something.

Damn, that kinda sucks, I’m not super bummed about it since last I checked, the hack seemed very complete, and that was a couple of years ago, idk what actually needs to be worked on it since I haven’t actually followed its development, but it’s not like a full length thirty chapter campaign hack being dropped, EN can still stand on its own two feet imo.

Anyway, thanks for making the hack, it was fun to play and thanks for all you’ve done for the hacking community (like teaching this brainlet how to event when FE7 was still being used).

With everything that happened after EN’s cancellation, I decided to go and take the time to actually play the hack. And it’s a good hack. A bit unpolished at times, but good. Now that I’ve played through every tale, I’ll leave a bit of a review down here.

Elibean Nights. One of the oldest hacks around. Set between FE7 and FE6, EN doesn’t care about the traditional Fire Emblem structure. Instead of playing through 30 chapters one after the other, EN gives you a menu where you go and select one of several tales. Each of these tales are self-contained in terms of gameplay. Your units are largely different in between all the tales, of which there are eight standard ones, four “side” ones, and the grand finale.

With the unique chapter structure comes unique chapter ideas. Of note are Rath’s tale, where you’re plunged into Thracia fog while trying not to get horribly killed by some Thracian trick, Raven’s tale, where if you’re going down, you’re going down in a blaze of glory, and Karel’s tale, where he goes on a solo mission taking down everyone in his way. In general gameplay terms, things are quite satisfying. You have strong promoted units with powerful weaponry. Go and take the fight to those pesky bad guys! Increasing replayability are the achievements included in the game. While by no means are they required to obtain, they provide additional goals to aim for on replays of the tale. There are 17 of them in all to unlock; I only got three on my own playthrough.

The stories were nice little things. There are overarching plot arcs throughout the tales, but the major events are largely self-contained. Of note are the large amount of optional conversations scattered around the tales. Most of them give nice additional plot, and some of them give powerful weapons to units. A few achievements require completing long talk chains as well. Be sure to check the status screen, as the talk display hack has been helpfully added in. One of EN’s best known features is the Matchmaker. With it, you can set character pairings to your heart’s content. Characters in the tales will shift around to ensure your desired pairings work as they should. Considering shipping is serious business, it’s a very nice option to use your personal preferences. I just left them all default though. I don’t like rocking the boat too much.

Elibean Nights is feature-complete. The most prevalent issue is that it’s still a bit unpolished. It’s like a v0.99 release of something. All the tales are there, and every tale can be played through. However, things are rough around the edges. Typos are scattered around the dialogue here and there. A random unusable weapon might be wielded by some enemy. But those errors are easily overlookable. I did run into a couple of game crashes during my playthrough, unfortunately. I’ll make note of them to give anyone reading this some advance warning.

Considering Arch has officially cancelled the hack, most of these issues probably won’t be fixed. That does not mean the game is not worth playing. In a way, it’s kind of a good thing that Arch officially pulled the plug. It gives some closure to the project. The current release is the final one. You have no reason to wait for the “EN 2020” meme. What you see is what you get. Go and get it.

Good luck on your future endeavours, Arch. FEU wouldn’t exist without you.

My Review of Elibian Nights:

Hack Review: Elibian Nights: By: Telos#8536 (Discord Tag) Hack Name: Elibian Nights Made By: Arch (Primary Creator): Date Released: May 2014 Where to Find It: https://feuniverse.us/t/elibean-nights-cancelled/83 Genre: Action/Drama What is this...

Can’t one just kill the Sacaen troops and get “Jumping the Shark” that way?

IIRC, no, you have to kill the boss before he can summon his reinforcements that kickstart the main conflict of the chapter to get ‘Jumping the Shark’.

But if you do not recruit Rath, then that never happens. At least in the slightly outdated build I played.

Maybe that’s it. It might be because my version is different from yours. (Usually I base my reviews on the latest possible version of it.).

Huh. Did not know that.
Thanks! 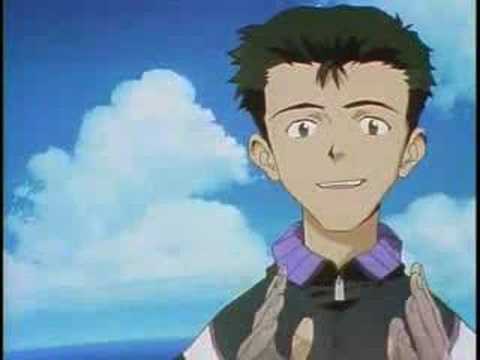 Joke’s on you guys. EN was actually finished YEARS AGO!

The final incarnation will be released in the 2014 FEE3.

did you change your mind

That’s when the final version of EN was released, FEE3 2014.

Let’s go with that.

Now we just have to do the “Director’s Cut” version that fixes the bugs.