This one’s FEUsclusive - I just uploaded the Elibian Nights event source (as it is today right now on my hard drive) to github.

I’m always embarrassingly slow when it comes to playing through other people’s projects but oh well, here goes.

I’ve only played through 3 tales so far (Eliwood, Karel, and Raven). Eliwood’s was good and I really enjoyed Karel’s tale. However, Raven’s… well I feel like it needs work.

While the premise of Raven’s tale is definitely unique and off the beaten path I feel like there are some serious flaws with it, specifically at the end. I’m pretty sure I’m going to come off as an ass typing this up but this is just me trying to explain my thoughts in the simplest manner possible. The ‘survive for X amount of turns’ part was fine for me, nothing wrong there.

A big issue, from a gameplay perspective, is the part afterwards where the stated goal is simply ‘Survive’. In actuality the goal has now become ‘Die faster’. There’s no point to continue fighting. The chapter just gets reduced to waiting for everyone to croak. It’s a big letdown gameplay wise when prior to that the goal was trying to scrape out an existence. I think moving everyone’s deaths/defeats to a cutscene would be better in this instance.

My biggest grief with the chapter, though, is how Priscilla and Lucius handle his death.
Lucius has just lost his best friend and confidant, Raven, as well as his other good friend, Geitz. Priscilla lost not only her brother, but her lover (husband?), Heath, as well.

Grief sends people into shock. It sends people into rage, disbelief, denial, and all those
stages that you’ve likely heard about, or read of in class. Yet, the implementation of Lucius and Priscilla’s grief came off as the death of the family cat (i.e. momentary sadness before moving on).  I mean, Raven’s corpse is even laying right in front of them and the attention of the conversation just shifts to Erk telling the others to go chill at his place. Not to mention that playing ‘Stratagem’ really killed the mood for me. That song has always seemed intended for lower level mook scheming rather than a pivotal moment.

Also, everyone else’s deaths are almost or even completely ignored. Heath is barely mentioned in passing by Priscilla (barely), while Geitz is completely forgotten. I understand Shen not being mentioned since the group hardly knew him, but Heath and Geitz? If the support levels between everyone mean anything, then both of these guys hold significance to Priscilla and Lucius.

I really feel like this ending needs a lot more work to be believable.

Alright, my rant is done, I’ve said my piece. My tone is probably sharper than I intended but hopefully my points are easily understood.

The point of the “survive” chunk is just for the sake of the achievement, really. I could add in an option to surrender at the turn mark so that you can bypass that and make and alternate ending where we have a cutscene also for Heath, Geitz and Shen. I’ll also work on the Erk scene, and strengthen the mentions of the other characters’ deaths.

Nopenopenope, can’t wait until after FEE3 anymore. My resolve has broken. I shall play this NOW.

Edit: The Might staff in Hector’s tale crashes the game. Bad. [Here’s my save.][1]
It gives the screech of death, so I think it’s an undefined opcode, so you have a bad jump somewhere.
[1]: https://dl.dropboxusercontent.com/u/92273434/Elibian%20Nights.sav

Edit2: Hector and Oswin’s A-Support doesn’t make a lot of sense since it insinuates that Oswin is by Hector still only because of Uther’s orders.

Edit3: Erik’s death quote is “Prisoners freed!” Uh, what?
Edit4: Saw list of bugs, that was on it.

Edit5: Artemis(in the achievement room’s secret shop) has the description of “Increases consitution by”

Edit6: The village in Legault’s tale is kinda misleading during the first half. Maybe close the gate at the start, but open it after the event?

Edit9, not a bug: LEGAULT’S TALE. THE FEELS. OMGGGGGGGG

Edit10: Niime has no death quote (intentional?). Also he continues giving blizzard forecasts after he dies.

Edit11: At the end of Zealot’s tale, the Wyvern Rider boss says
“Uhhn… Good
show, hotshow”, though the rest of the chapter he’s called Zealot “hotshot”. I think it’s a typo, though it might be intentional.
Also in the ending scene, all the characters appear even if they had died.

Edit13: Lyn’s tale, part 1, the ending where she joins the Kutolah. “There will be a feast” there is a text skip after this line.

Edit14: Raven’s tale, part 2, Shen appears in the opening conversation even if not recruited in part 1.

Edit15: At the end of Raven’s tale, if Raven dies before Lucius, he still appears in Lucius’s death quote (as his not-bloody form, that is).

This seems correct to me? I’ve seen “Is used” as a present tense action before. “It is used for that purpose.” “The bowl is used to feed dogs.” (I’m bad at examples…) And, well, to house is… to house. Give a home.
(I don’t see how “Fafnir is used to housing” is a correction… Housing isn’t a verb?)

If Fafnir is a person, it should be “housing”, as in: “Fafnir is used to housing all sorts of people”. If Fafnir is a place, I’m pretty sure it’s correct as is.

…I dunno which it is, so yeah, just posting that I need to get around to playing this.

I read it as Fafnir being a noble house of Caelin, not a physical house. If it’s a physical location, then I can see it making sense, but I thought of it being more of a political body…

Okay, so I can report that the game is seemingly stable, with a few minor kinks still to work out. 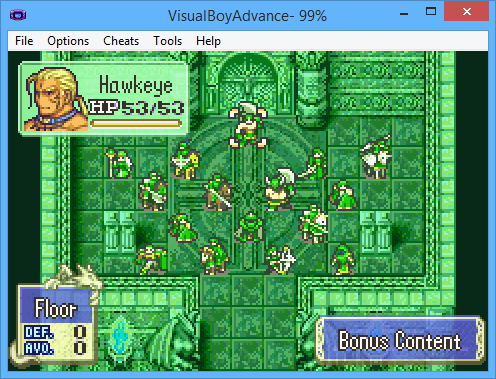 As I’m doing that, and aiming for a release this weekend (which means Sat/Sun) - I think I’ve got one good tale still left in me as I wait on the last few finishing touches.

I’m also looking to do one last betatesting sweep. One person to a tale, just report back on everything and be thorough. They’ll get whatever patch I happen to have when they sign-up, so at this point it’s pretty much an early release for helper monkeys. I’d just like to avoid a public catastrophe this time. Owe y’all that much after FEE3.

I’m also looking to do one last betatesting sweep. One person to a tale

I volunteer. I’ll be very thorough, I’ll test all the conversations for each person that dies, I’ll try to bypass your events and generally try to break the game :D.

If you want someone to test a chapter just assign me one I am not working today so I can give you information in a relatively somewhat speedy way.

i volunteer for beta bait i guess (if s okay i guess.) And have some new bow mechanics. Finally got around to addressing some of @Primefusion’s concerns with Raven’s tale. And also alternate endings, I should put in some more of those.

That must be one big cave for wyverns to fly in!

Man, this is a sexy UI here. Definitely going to stick around.

I had a question about the game, namely: how can I open a file with the .ups file extension? I tried googling it, but the only result was Microsoft Works.

You don’t open a UPS, you patch it to a ROM.

Could I use LunarIPS for that? I’m assuming I’d have to patch it to Blazing Sword, right?

You use Nups (NUPS?) for UPS patches.