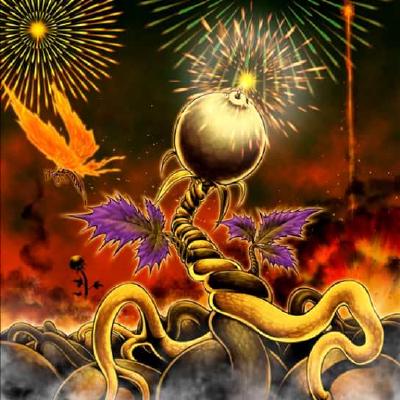 Note: this is still fairly WIP: not a lot of testing have been done, and it will get at least a few extra updates to include extra functionnalities (see end of post for planned features list).

This tool is fairly simple at first glance: it takes an elf file as argument, and outputs EA code to stdout. But there’s a few things it does that will (hopefully) really change the way we’d go about asm hacking with EA.

ELF (Executable and Linkable Format) files are what your assembler or compiler will spit out, and what linkers will take to form executables. It contains various useful information, such as of course the compiled asm, but also a bunch more such as symbols and relocations that are specifically useful for linking.

The “old” method of inserting asm into the ROM with EA was simply to extract from that elf the assembled binary part and #incbining it. While this worked, it also invoked the need to write a bunch of other instructions around that to properly link the asm to the rest of the hack/game (labels, post-asm literals, etc), and also was somehow limited (only one routine per file, cannot use relative jumps between files (such as bls), etc).

What lyn tries to do is to bring the functionalities of a proper linker to EA. That is (for now): defining elf global symbols as labels, and “converting” relocations (for example, a BL to SomeSymbol) to EA code (same example: BL(SomeSymbol)).

linker>link>lin>lyn? Since Lyn a FE character & EA is a FE hacking tool it felt somewhat fitting. I probably wanted to it to be a special snowflake and not to be named elf2ea or something like every other tool ¯\_(ツ)_/¯

You can in theory just drop your elf file onto the lyn executable, but what that will do is just write the output to a console and immediately close said console. What you can do is write a bat file that will call lyn for the argument file, and output the whole thing to another file (probably using redirections). Here’s an example windows batch file (assumes lyn is in the same folder):

Save that as a .bat file (again, in a folder with lyn in it) and drop an elf onto it to generate a corresponding .event file.

Quick reminder: what #inctext does is include the result of the invoked command as EA code (as opposed to #incext that includes it as raw binary data).

First we want to have the lyn executable in the <Event Assembler>/Tools folder, alongside the other tools like Png2Dmp, ParseFile, PFinder, etc.

Then we can simply in any event code use the following code to include the EA-ified elf file:

First, here’s the asm code I used (it’s a straight replacement for the routine at 0x02B9A0, that I labelled “GetStatIncrease”)

Contains some labels, standard push/pop, a blh to a vanilla routine, etc… Fairly standard. Next, here’s the event file I used up until now:

The first thing we are going to do is replace the whole Label: #incbin stuff by a #inctext to lyn:

Note: Hack Installation is required for lyn to work too! This may change in the future tho

BUT if you only do that, you’ll get an error from EA saying that GetStatIncrease isn’t in scope, which is normal, since we need to tell our assembler to “expose” the label. So back to our asm source, and add the following:

Whereever you put it, it doesn’t really matter. What it does is that is tells the symbol GetStatIncrease is global and is of type “function”. This is required information for lyn (and any proper linker really) to know which symbol to expose (make as label) and in what way.

And… what if I told you that using lyn would also allow use to make use of elf files generated by something that’s not a straight assembler with way more ease… Anyway that’s probably a story for another time.

Here is the final & complete version of my “lyn-ified” LolStats hack.

Second release of lyn (well third because I fucked up n°2 but shh) Removed dependency on the Hack Installation EA extention (BL -> a bunch of SHORTs) Added program options (see below) Allowed processing multiple elves (lol) together, and anticipate linking when applicable Allowed forcing external BL calls to be converted to absolute calls through “trampolines” (“veneers” as the official ARM ELF spec calls them) Allowed automatic hooking into vanilla routines (if both an absolute & a local sy…

BONUS: How to get an elf?

You can see there’s a specific part that generates an elf. Isolate that and you’re good! See:

Because of how EA handles pointers & offsets, I cannot make lyn relocate to anything that isn’t in the ROM (I’m mainly thinking RAM data), this is a problem that would probably be less of one once I add the ability for “anticipated linking” between elfs (we’d then just need to add an elf that contains absolute symbols pointing to said RAM data).

As always, if you have any question, bug report or anything to ask/tell me, feel free to do so in this thread or on the FEU Discord!

Thanks to @MisakaMikoto and his thread of notes on asm calls for helping me understand some things faster and give me an idea of how to implement some extra functionalities later.

Other references used in coding the thing:

Also since it has been brought to my attention that my examples actually didn’t show what lyn actually does, here’s a brief extra of the OP walk-through:

EXTRA: What lyn does

Let it go through lyn and you get this:

So what happened here is that

Ok so that’s what lyn does, and it was all it did until today’s update.

With today’s shiny new features, we can basically write a simple hack that replaces a vanilla routine using only a lyn call!

Ok so first, here’s another file, that we are going to call the “definitions” file:

It’s basically defining the offsets of some vanilla routines, with the thumb bit (the thumb bit is kinda important).
What the elf version of this file does is expose those values as absolute symbols, which won’t be exposed to EA, but will be very useful when it comes to anticipated linking.

So how about we call lyn one last time so I can prove my point (make sure to have assembled your source files to elves!)

Ok so first big difference from what we had before is there’s a bunch of new stuff at the start of the output. A PUSH, an ORG to a fixed location… You guessed it: it’s a hook into a vanilla routine. This is what the new automatic hooking feature allows us to do. Here’s an asm version of whatever that is:

Note: this piece of ASM is according to the ARM ELF spec a valid “ip-corrupting veneer”, which is the kind of extra piece of code a linker is allowed to insert to allow for long jumps & arm/thumb switches between different object files

I said common lyn trampoline since it’s the same that is used when the -longcalls option is specified.

Anyway what this does is hook into a vanilla call and redirect to our own GetStatIncrease routine. In effect it replaces the routine.

Other than that, not much different from before… except maybe for the fact that the NextRN_100 reference is… gone! Well that would make sense since we specified it’s value in our Definitions elf and when you look closed, you’ll find a BYTE $65 $0C $00 $08 part in the EA output… yes there it is! It may not seem like much but it allows us to bypass having to define the value of it in both EA & our original source… Which is especially useful in case you’re working with a elf-generator that doesn’t allow for defining any value for any symbol.

With all of this, it reduces our event file to do the following:

…Oh. All our hack installer has become is a call to lyn… Well that’s mission accomplished! We made a small hook hack using only a lyn call!

Phew. Now that’s done, let me tell you a thing: I’m probably done with adding major features to lyn at this point. Any further update will probably be small additions & fixes. I do plan on working on one or more tools to go with the lyn-based hacking workflow, and after that maybe coming back to tea, and after that I may do some actual hacking (lol).

Have another great day! - StanH_

Wow this really would’ve been nice to know about at the time.
damn…