I love units that you can create and customize to your liking (Class, stat spread, etc.)
(Wyvern gang for life (n.n)7)

The problem is when:

I got into the Fire Emblem ROM hacking scene primarily to get away from a main series becoming increasingly obsessed with boring self-insert main characters who are just a vehicle for the rest of the cast to worship them.

Is it possible to execute a customizable character who doesn’t have those issues? Maybe. But I’m not interested in finding out.

Considering how reclass heavy modern FE is, the games already give you a ton of freedom to mess with characters’ classes and stuff like that if you’re into that (though I’m not). I don’t think adding an extra MU on top of that is necessary on top of all that, and I don’t particularly find the idea of MU characters interesting either.

personally I feel like MU characters have a place in modern FE games, I just feel that they have to much story importance and too little characterization. Other than the fact that Robin is the best unit in awakening, Robin’s inclusion felt natural and is why I believe they are the best example of a good MU unit. I would really like a MU to just be a well known mercenary or something that the lord hires, maybe give them a few companions they can support with, and obviously let them S support every male/female character depending on what gender the MU is

Can’t stand them. Mark’s the best because you can wipe him from existence when you hit new game once you get past the Lyn Mode slog and is generally irrelevant outside of it. I’m here to play anime chess, not get worshipped for no reason.

Dishonourable mention to Kris, retconned into the story of FE3 and turning everyone around him into mush that can’t say anything bad about him.

Narratively I hate them when they have too much story importance as stated earlier. Especially when there is wasted potential in the character like Robin. Mechanically I love them for the most part. Except Byleth, who is worst of both worlds. No boon/bane and 45% growths in almost every stat makes them just boring(3h class system mitgates this slightly but its still an issue). That plus they’re “character” or “personality” is just being mindlessly worshiped and praised to a nauseating extent. The IS trend seems to ramp up things I don’t like while removing actual customizations.

Very much so. altho admittedly more cause of the custom unit part rather than the character themselves.

I agree with this statement, Mark for Smash Bros.

I would much rather have a fully planned cast and script and actual character interactions than a blank slate character for the player to project onto which also compromises the integrity of the rest of the cast that has to interact with them. People used to be able to read and envision books perfectly fine without being able to insert themself into its proceedings, so just because the medium is more interactive doesn’t mean needing to conceive a way for players to think they’re directly involved in the story.

That said, while having a more rigidly defined setup for player units can make for a more tightly planned campaign of maps, I am personally in favor of letting the player build and train units in their own ways (to the point that I would rather abolish classes altogether and focus on giving the characters their own base preferences for weapons like 3H and their own Learned Skills By Level lists (with choices), much like magic, and then let the player take over from there).

My opinions are mixed. I like Robin and Kris, tolerate Byleth, and dislike Corrin.

Despite being an Avatar unit, Robin has an personality that, while simple, is distinct and entertaining.

Kris is almost as bland as Byleth, but isn’t supposed to fill the role of Main Character, so them not standing out as interesting is excusable.

And then there’s Corrin. Corrin is basically just a Mary Sue. Despite having a more complex character than Kris and Byleth, the character they have still isn’t very interesting (IMO), though this is largely due to bad writing rather than lack of intention.

I don’t like avatar characters in the story. But I love unit customization, so I voted yes. Gameplay is key for me. 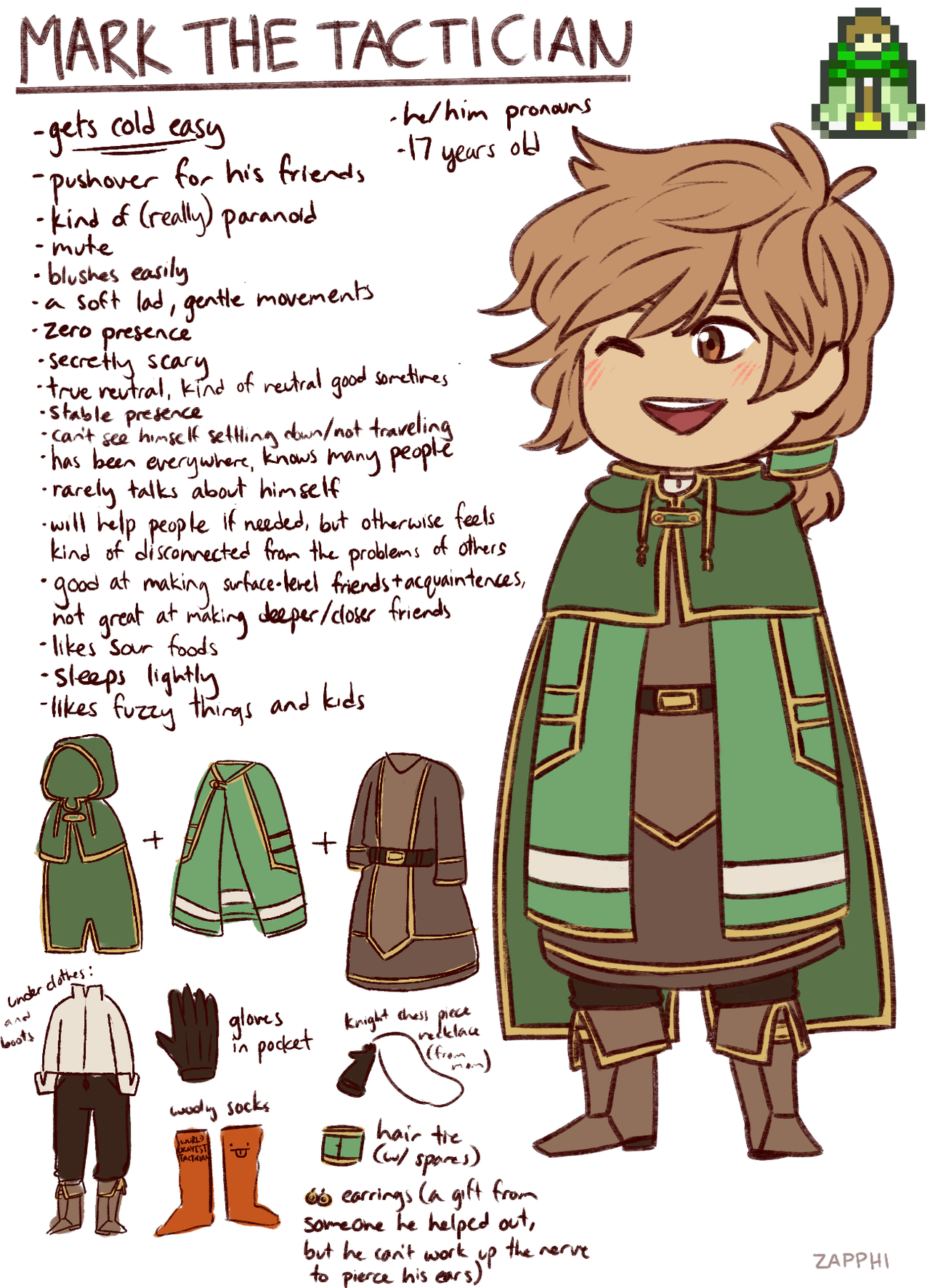 I like the idea of having a character’s whose stats and class you can customise to your liking.

However, I do wish they were more like ‘actual characters’ rather than something players are supposed to project their self-insert on.

Like c’mon, I hate myself enough already. Give me someone more interesting.

Customisation is good, but avatar characters not. They need to be a vessel for the player and thus are robbed from any sense of character.

Personally I’m not a big fan. As much as I like S supporting Leonie, I prefer following the story of a character like Ike or Alm or Eirika and controlling them in battle than having a story revolved around a silent and boring milque toast avatar. I think if they want to have a character to be able to make choices that affect the story i would still rather they be a pre made protagonist.

I was fine with it when Awakening came out since Robin played a supporting role to the story. He had ideas, thoughts and feelings about what was happening around him. The MUs after though are just bland and very generic with barely any real reaction to the story